Herrera piqued the interest of the Locomotive coaching staff during the 2018 Alianza de Futbol tournament in El Paso, where he competed with an all-star team comprised of former professionals and collegiate players. 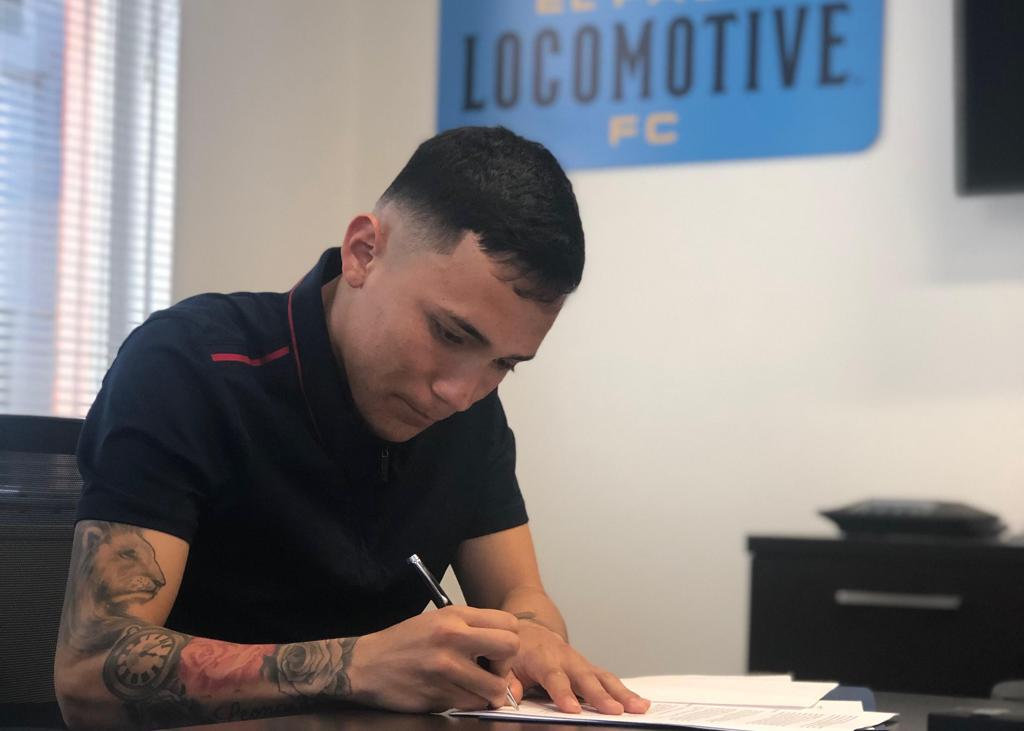 “We saw him play at the Alianza tournament in September, where I think he ran 5,000 miles and didn’t give the ball away once all weekend,” said head coach Mark Lowry. “We invited him to tryouts where he performed well and once again showed his quality and potential.”

After a successful two days at the December 1 and 2 open tryouts, Herrera received a spot to attend the invitational tryout on December 8 and 9 where he continued to impress the staff.
A few weeks after the invitational tryout, Herrera came to the El Paso Locomotive offices with his family and was offered a contract for the inaugural 2019 season. Lowry said, “In my years of doing this, I can honestly say it was one of my proudest moments sitting with Louis and his family while he signed forms to become a full-time professional soccer player.”

“At 22, he has incredible room for growth and the opportunity to change the lives of him and his family. This is what dreams are made of. Last week he was working construction, today he signed a professional contract,” said Lowry. “I am honored to be part of this journey with Louis and everyone else in El Paso who aspires to be something special”

When El Paso Locomotive takes the field on March 9, fans will be blown away by the high-level of play in the USL Championship. General Manager, Business Operations Andrew Forrest said, “The fact that another local player has earned his way onto the first team and can compete at this level is encouraging and a great sign of the high-level of talent in El Paso.”