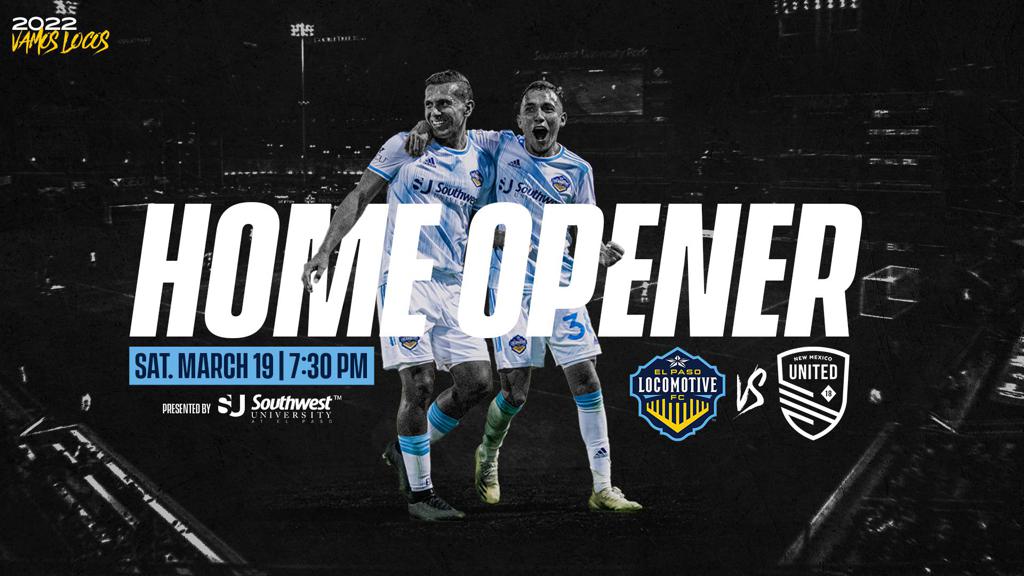 El Paso Locomotive FC is set to kick off its 2022 USL Championship home campaign against its long-standing rival New Mexico United on Saturday, March 19 at 7:30 p.m. MT at Southwest University Park. The Locos kicks off its season one week earlier on the road against Sacramento Republic on Saturday, March 12 (time TBD). Fans can become eligible for priority purchasing of the first Locomotive home match at Southwest University Park by signing up for the Locomotive ticket waiting list by visiting eplocomotivefc.com/individualtickets or clicking the button below.

The Locomotive home opener was unveiled today as part of a wider announcement from the USL Championship of each club’s 2022 home opener. The full 2022 USL Championship schedule, along with further individual ticket information, will be made at a later date.

Now under the guidance and leadership of new Head Coach John Hutchinson, El Paso Locomotive will look to continue its dominant display at Southwest University Park and in the USL Championship by hosting its bitter regional rival. El Paso and New Mexico have met a total of 11 times in the club’s three-year history, splitting a level all-time series record of 2-2-7, including the dramatic 2020 Western Conference Semifinal that ended in a penalty shootout victory for the Locos.