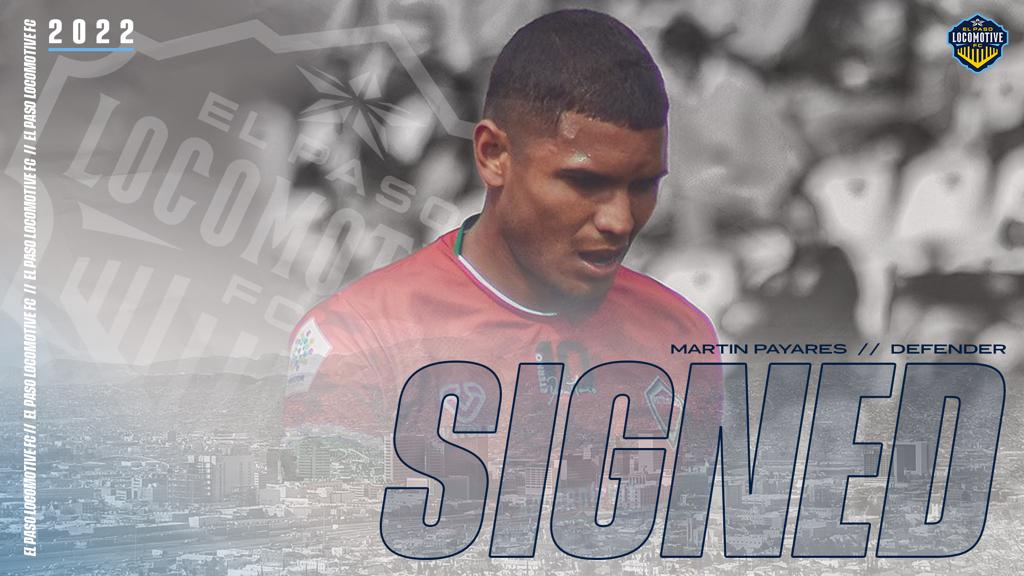 Payares, 26, comes to El Paso from the Primera A league in Colombia, where most recently he played 18 matches with 14 starts as a centerback for his third stint with Boyacá Patriot. The Colombian native has played his entire career in the Colombian top-flight, beginning in 2015 with Cortuluá, where he made his professional debut at 19, going on to make 12 appearances, 10 of which were starts with one goal.

Payares joins Emmanuel Sonupé as one of the new Locomotive players for the 2022 USL Championship season. El Paso Locomotive is currently working on additional player announcements for its fourth season and will announce 2022 roster additions once they are confirmed.

El Paso Locomotive FC will kick off its fourth campaign through the USL Championship in March 2022. Lock in your seats for the entire season by visiting eplocomotivefc.com/seasontickets or by calling/texting 915-235-GOAL and continue to enjoy world-class Championship soccer at Southwest University Park.