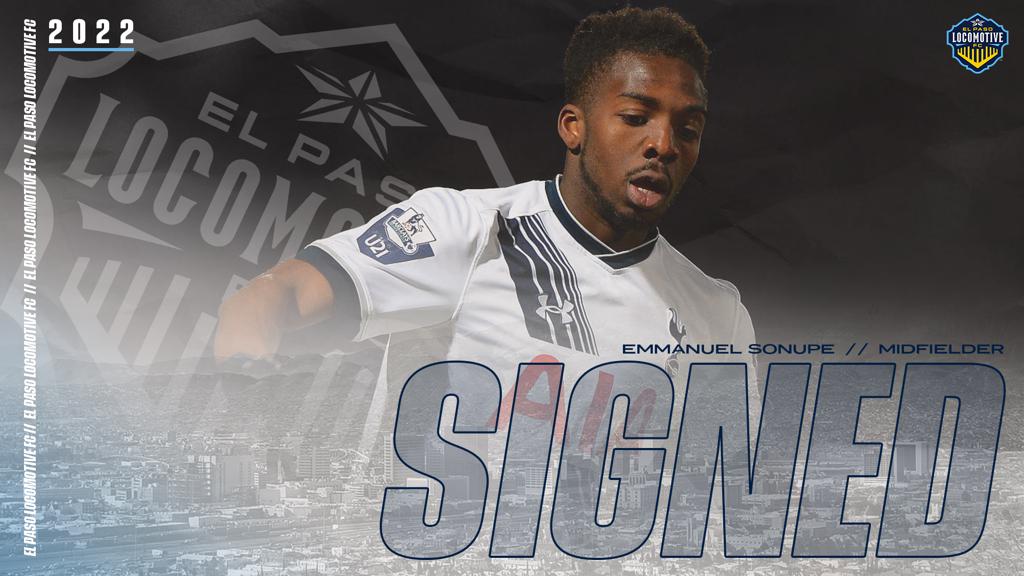 El Paso Locomotive FC has signed Midfielder Emmanuel Sonupe for the 2022 roster, pending league and federation approval, the club announced today. Sonupe is the first new player added to the Locomotive roster as the team prepares for its fourth USL Championship season.

Sonupe, 25, joins El Paso Locomotive FC from the prestigious English soccer system. Sonupe began his youth career in the Tottenham Hotspur Academy in the English Premier League, playing three seasons in the Academy from 2012 to 2014. At the end of his Academy career, Sonupe signed full time with the Hotspurs, before going on loan with St Mirren FC in the Scottish Premiership, making four appearances. In 2016, the London native joined Northampton Town in EFL League One making one appearance before going on loan and ultimately signing fulltime with Kidderminster Harriers where he made 41 appearances and 11 goals over two seasons.

Following his time with the Harriers, Sonupe joined Stevenage for two seasons, making 41 appearances and four goals. For the 2020-21 season, Sonupe took his talents to Yeovil Town where he found two goals in 15 appearances until most recently making seven appearances with Dartford FC. In addition to his extensive young career with English clubs, Sonupe has earned three caps with the England U-16s and U-18s, earning a goal with the elder team.