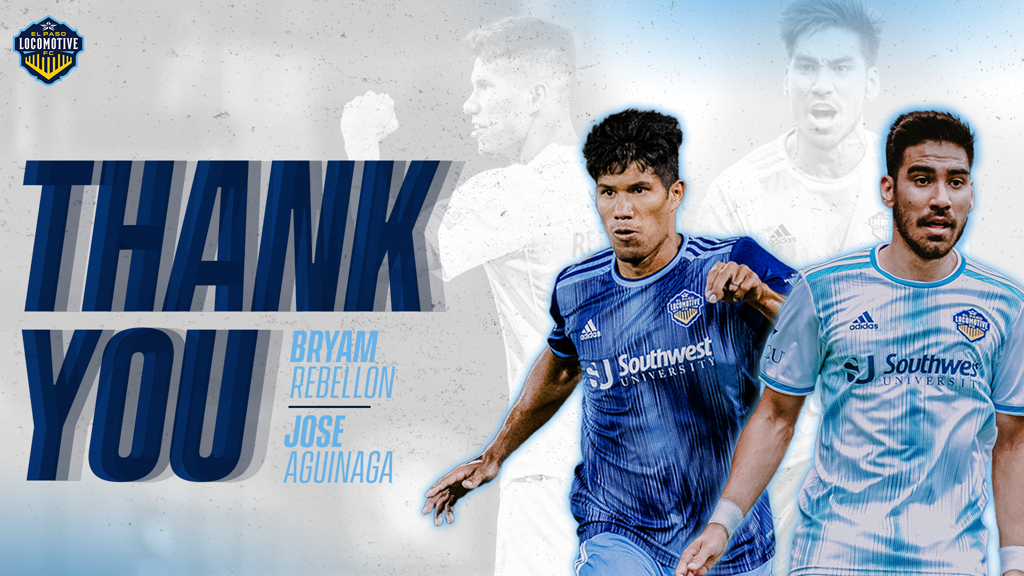 Midfielders Bryam Rebellon and Jose Aguinaga have departed the club, El Paso Locomotive FC announced today.  Rebellon leaves El Paso after three seasons in Loco Blue while Aguinaga departs after one. The club wishes both the best in the next step of their careers.

Over his three USL campaigns with El Paso Locomotive, Bryam Rebellon became a staple in the midfield, helping the club transition from defending to attacking while playing an important role on either side of the field. The Colombian played in 5,042 minutes over 66 appearances across all competitions with El Paso. In that time, the midfielder recorded four goals and three assists, including a rocket against Phoenix Rising FC in the 2020 Western Conference Final that reignited Locomotive to take the game into a penalty shootout.

Joining the team ahead of the 2021 season, Jose Aguinaga played an important role in El Paso Locomotive’s third season by providing critical depth when the club needed it most. Making 19 appearances and 10 starts throughout 2021, Aguinaga scored two goals, including the milestone club’s 100th goal across all competitions.