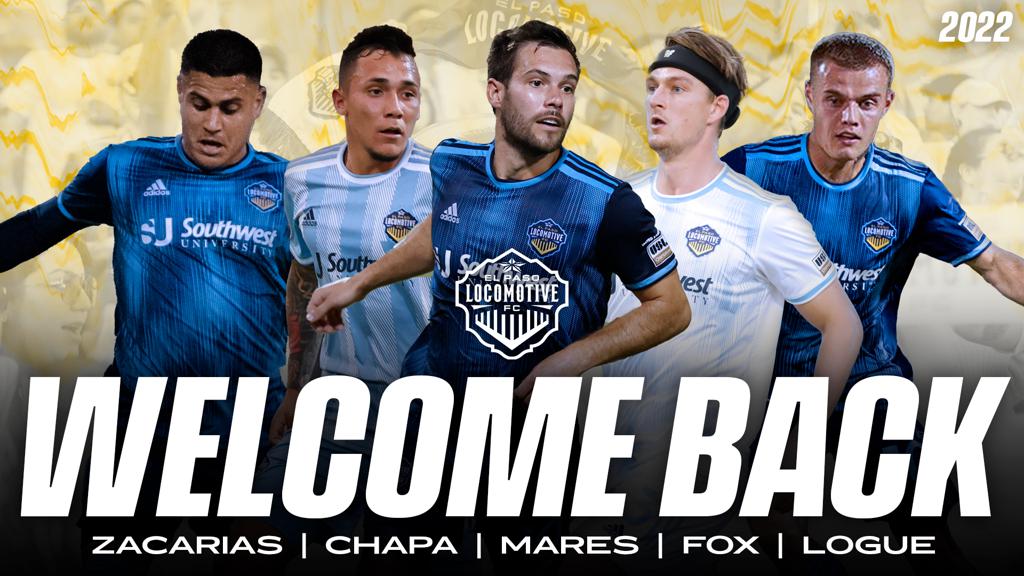 As El Paso Locomotive FC looks towards the 2022 USL Championship season, the club has announced its year-end roster decisions today.

Of the core group in the successful third season that saw El Paso Locomotive finish third overall in the league with points earned, five will return to El Paso for its fourth Championship campaign. Locomotive veterans Defender Andrew Fox and Midfielder Louis ‘Chapa’ Herrera return to the club for their fourth year with the club while Midfielder Dylan Mares enters his third season overall.

Forward Ricardo Zacarias will return for his second year in Locomotive Blue and Defender Niall Logue rejoins the squad after completing a season-long loan with Memphis 901 FC.

The club is in ongoing discussions with several players from the 2021 team and will make additional player announcements for the 2022 season once they are confirmed.