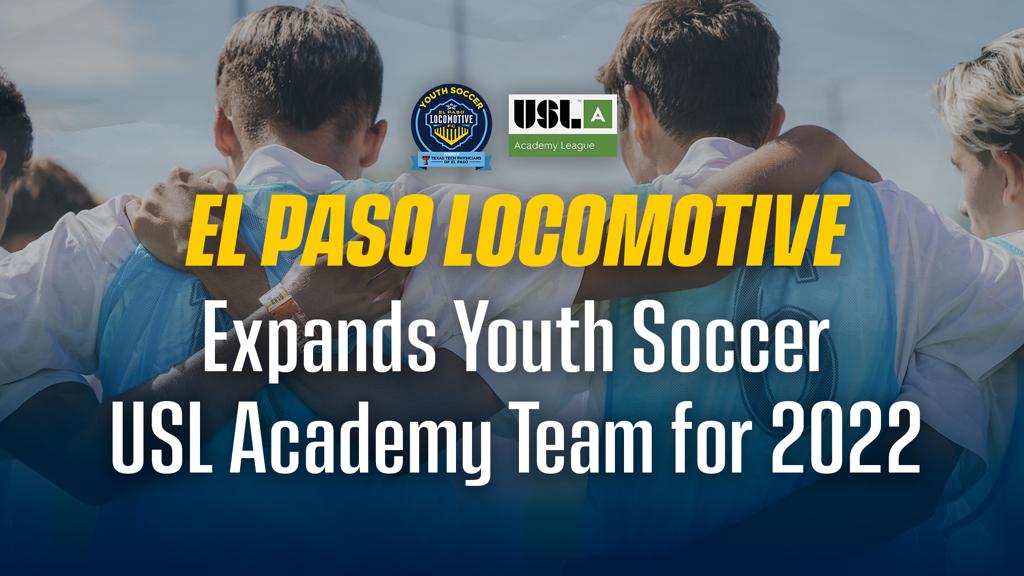 “For many years, the best young soccer players in El Paso have had to leave the area in order to continue their development,” said Dominic Casciato, Locomotive USL Academy Director and First Team Assistant Coach. “This expanded fully-funded program allows these young players to stay at home while getting quality full-time training, a first-class international games program, and an avenue to First Team soccer at one of the top USL clubs in the country.”

Kicking off with preseason in January, the Locomotive USL Academy squad will play at least 30 games through to November. The team, made up of 14- to 19-year-olds, will face off against top colleges from across the nation, as well as Mexican club teams such as FC Juarez, before competing in the USL Academy League in the Summer and Fall months. The remainder of the games will be made up in youth tournaments and showcases. In addition to the increased number of games and quality of opponents, the El Paso Locomotive Youth Soccer USL Academy squad will be afforded the unique opportunity of training alongside the El Paso Locomotive First Team to get a greater insight into professional soccer and to improve their own skillset with the pros.

Partnering with Locomotive on this exciting project is Canutillo High School, led by Principal Teresa Clapsaddle. The Locomotive Academy players will attend Canutillo High School, whose high standards in the classroom match the club’s standards on the field. Paired with strategic partnerships with colleges around the country, Locomotive Youth Soccer players will have access to athletic scholarships with prestigious programs to further their careers both professionally and academically.

Casciato continued, “I’d like to thank Teresa Clapsaddle at Canutillo High School, who will be a valuable partner in this program for years to come. I’d also like to thank our owners for supporting this project that will leave a lasting legacy for our community.”

El Paso Locomotive Youth Soccer will hold tryouts for the USL Academy squad on December 4th and 5th. Registration for tryouts will open next week. To register, or for more information, visit eplocomotiveyouthsoccer.com.