The Best in Texas Shortlist Dominated by El Paso Locomotive 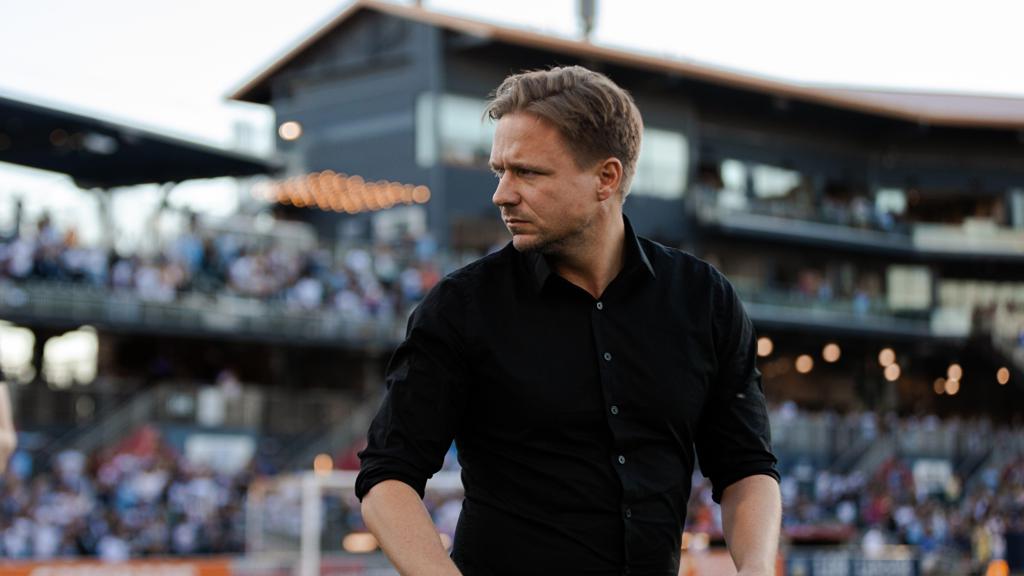 The fan votes have been tallied and the results are in for the 2021 USL Copa Tejas Best XI. At the end of the 2021 USL Championship, fans were encouraged to share who they thought were the best players and coach across the four Texas teams and it comes to no surprise that the title-winning squad, El Paso Locomotive FC, dominates the shortlist. Head Coach Mark Lowry leads the charge with six El Paso Locomotive players joining him as they are highlighted on the Copa Tejas Best XI. 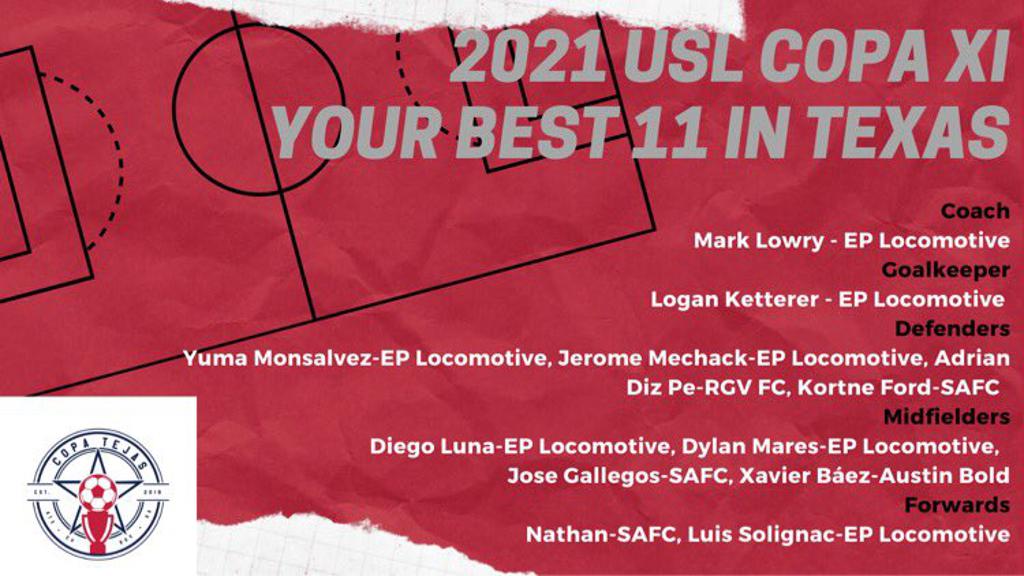 Coach Lowry spearheaded El Paso Locomotive through its best season yet in the club’s three-year history. With only four losses, Locomotive has one of the best records in the league at 18-4-10, leading the team to overpower the Mountain Division and clinching the top seed with weeks left the season. Against Texas clubs, Lowry coached the team to a record of 7-3-2 to emphatically be the best team in the Lone Star state with 23 points. With two points per game average across the whole season, Locomotive earned the Copa Tejas Shield – a trophy contested against San Antonio FC, Austin Bold FC, and Rio Grande Valley FC of USL, FC Dallas, Austin FC, and Houston Dynamo of Major League Soccer, and the Houston Dash of the National Women’s Soccer League. Undoubtedly in credit to Mark Lowry’s tactical coaching expertise, the club can definitively say it’s the best in Texas.

Logan Ketterer is the lone goalkeeper on the shortlist for the Best XI. With 57 saves and nine clean sheets through the 2021 USL Championship regular season for a 1.15 goals-against average, Ketterer has established himself as one of the best keepers in the league. His talents earned him an emergency loan call-up to Portland Timbers in MLS where he shined with two straight shutouts in three games. Against Texas competition, Ketterer helped earn the team a 5-3-1 record in games he appeared in, making 25 saves and allowing only 13 goals for a goal-against average of 1.44 per Texas game.

Yuma and Mechack Jerome are two of the four defenders that made the shortlist. The center back pairing is the cornerstone of the El Paso Locomotive FC defense. The two have helped lead the club to 13 clean sheets through the regular season, making for one of the most secure goals across the entire league – only outdone by Tampa Bay Rowdies of the Eastern Conference. Against Texas clubs, the veteran defenders have helped take the team to a record of 7-3-1 including five shutouts, helping ease the load on Ketterer in goal.

Diego Luna and Dylan Mares highlight the midfield as two of the four chosen Texas players in the Copa Tejas Best XI. Luna made waves in his rookie year, especially, against Texas clubs. The then-17-year-old recorded his first professional goal against Austin Bold FC to secure a 1-0 win before going on to find six goals and one assist against Lone Star clubs through 2021. Overall, Luna found nine goals and five assists to become a league-wide standout in his first professional year. Meanwhile, Dylan Mares continued to perform at the peak of the diamond in Mark Lowry’s 4-4-2 system. Mares earned four assists and two goals against Texas teams in the Copa Tejas. His overall performance netted him four goals and seven assists, cementing him as El Paso’s midfield maestro and resident playmaker. This is Mares' second appearance on the Copa XI, having earned the accolade for his stellar performance in the 2020 season.

Lucho Solignac wraps up the Locomotive names on the Bext XI as the lone Loco Forward as one of two strikers picked. Lucho came into El Paso from Copa Tejas rival San Antonio FC ahead of the 2021 season. While with San Antonio in 2020, Lucho was named to the Copa Best XI, making him the only player to earn the honor twice with two different clubs. In 2021, the veteran forward earned five goals and four assists against Texas teams, including a goal that set the Locomotive club record for the fastest goal at just 18-seconds after the opening whistle. Lucho’s performance against Texas clubs contributed to what turned out to be an outstanding year for the Argentinian, as Lucho earned 10 goals and seven assists overall.