Around the League Playoff Scenarios

What Games to Watch on Saturday Night 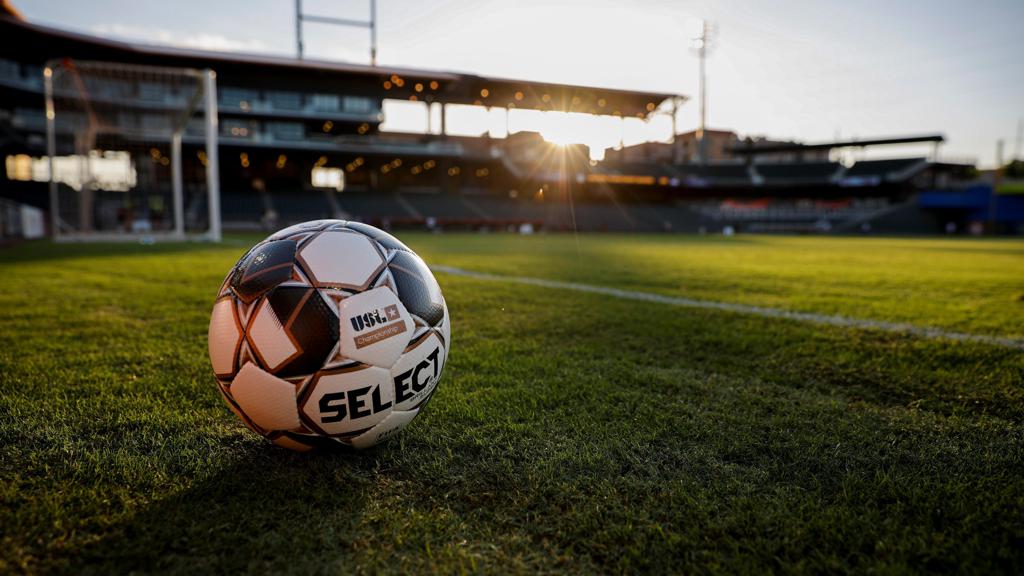 On Saturday, El Paso Locomotive and Rio Grande Valley FC face off in one of 15 matches to close out the 2021 USL Championship season. Even with most teams having only one game left in the season, the playoff picture is all but clear – especially in the two divisions that make up the Western Conference.

As we head into the final weekend of the regular season, let’s take a look around the league, break down who we could face in the Western Conference Quarterfinal on November 5 at Southwest University Park, and what games we should be paying close attention to.

As the undisputed leaders of the Mountain Division, El Paso Locomotive earns the right to host whoever finishes just above the playoff line in the Pacific Division for the opening round of the playoffs. Heading into the final weekend, we still don’t know who exactly that opponent it is, but there are three possibilities: LA Galaxy II, Oakland Roots SC, and Tacoma Defiance. All three play this weekend, each with their own objectives to make a post-season appearance. 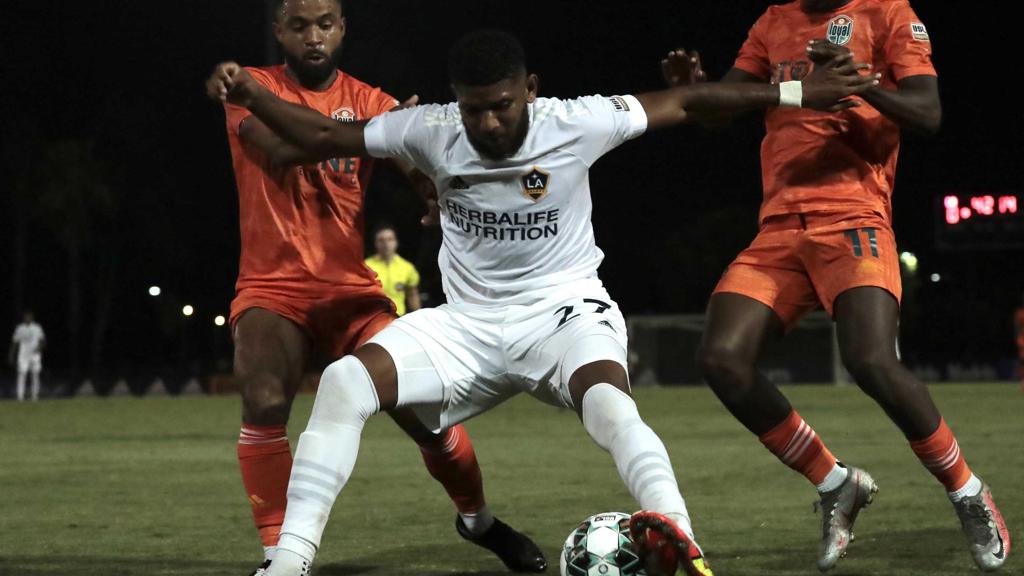 The first is LA Galaxy II, who currently sit in that coveted playoff position, and hosts Orange County SC in their final match (8:30 p.m. MT Kickoff; ESPN+).  It will be a win-and-you’re-in scenario for Los Dos, as picking up three points against OCSC will guarantee a trip to El Paso while anything less leaves it in the hands of Tacoma Defiance and Oakland Roots. Should Galaxy II earn a draw against OCSC, it would need Oakland and Tacoma to all fail to get a win. Alternatively, should Oakland and Tacoma both lose, or if Tacoma loses and Oakland draws, LA Galaxy II would still book their seat in the playoffs. FiveThirtyEight has Los Dos with a 64% chance of reaching the post-season so needless to say, they are the favorites for the weekend. 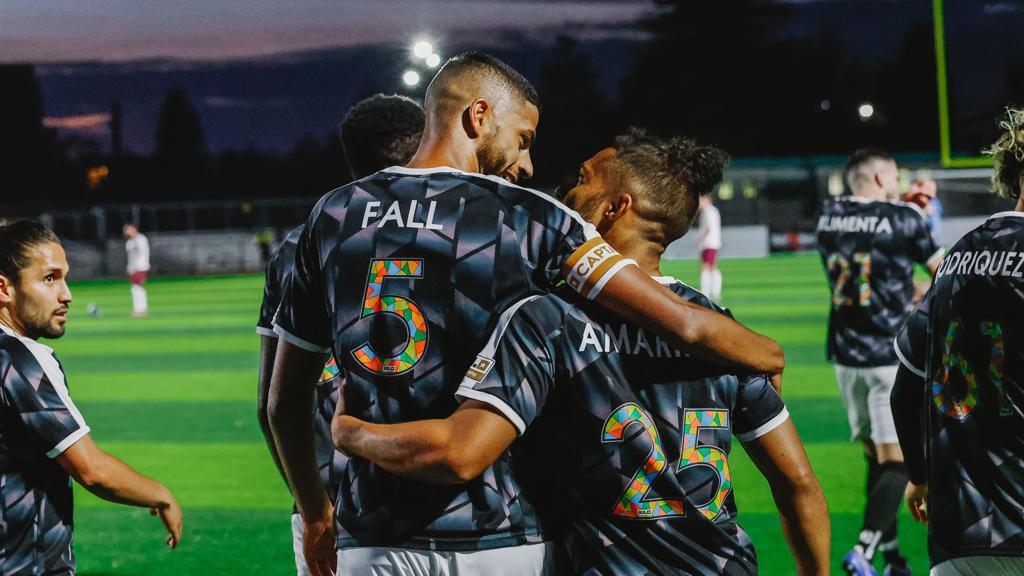 Oakland Roots is just a point behind LA Galaxy II below the playoff line and may have the easiest-looking matchup on paper. On Saturday, Oakland Roots welcome Sporting Kansas City II (Kickoff 8:00 p.m. MT; ESPN+), a team that has lost 19 games this season and is currently on a five-game losing streak. Even so, this game is an absolutely must-win for Oakland Roots and even then, nothing is guaranteed. Oakland will also need LA Galaxy II to drop points against Orange County SC, whether that be with a draw or loss. FiveThirtyEight gives Oakland Roots 28% odds of making it into the post-season in their first year of Championship play, but that doesn’t mean you can count out the Southern California team quite yet. 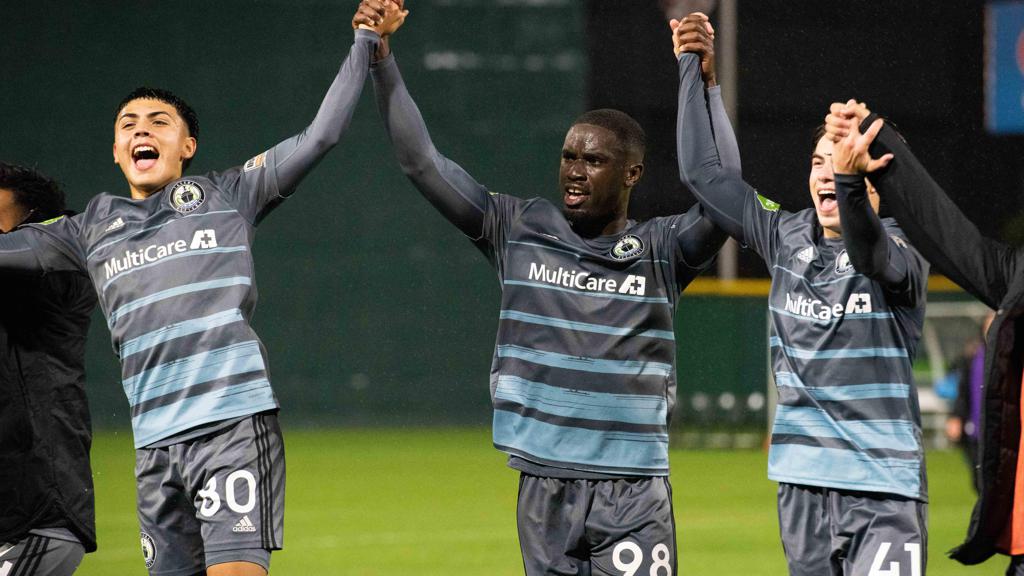 The underdogs of the Pacific Division still have playoff hopes, even if FiveThirtyEight has those hopes at 9%. Arguably the least favorable matchup of the three Pacific Division teams still fighting for 4th place, Tacoma Defiance heads to Phoenix Rising FC for a match in Arizona (Kickoff 8:30 p.m. MT; ESPN+). Phoenix is a hard team to beat, especially in Arizona. Even still, we all may be big Tacoma fans this coming weekend. Should Tacoma pick up three points against Rising, the Pacific Northwest Club stands an opportunity to make playoffs with an Oakland and Galaxy II draw or loss. It would also mean Phoenix drops points and puts Locomotive into a position to take the best record in the Western Conference and the right to host all the way to the Western Conference Final. Yeah, it might be a long shot, but let’s cheer on our friends in Tacoma. Who doesn’t like an underdog?

THE REST OF THE WEST 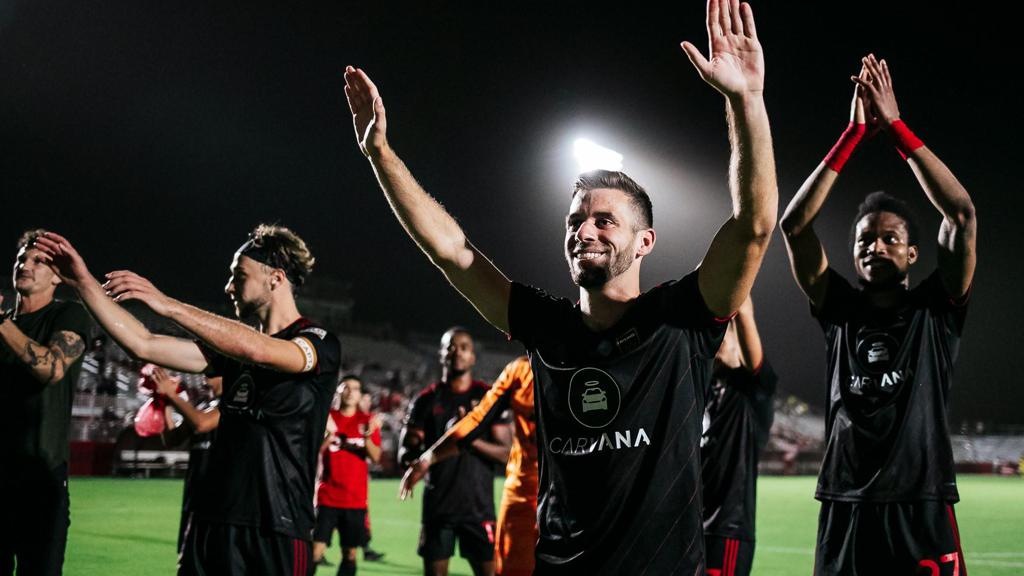 While the fourth and final playoff position in both the Mountain and Pacific Division may still be a little fuzzy, there are a few things we know as crystal clear. As we said before, we know Locomotive will host the opening round of the playoffs, and should it advance, it will host the second round as well. Phoenix Rising FC earned the same right, but as of right now would also host the Western Conference Final. The two powerhouse Western clubs are joined by San Antonio FC and Colorado Springs Switchbacks FC from the Mountain Division and Orange County SC and San Diego Loyal from the Pacific Division.

With the top three seeds being claimed, there are still six teams fighting for two spots across the two divisions. I broke down the Pacific Division up above, but here in the Mountain Division, Rio Grande Valley FC (44 points) is battling with New Mexico United (43 points) and Austin Bold FC (41 points) for the last playoff ticket. New Mexico United has an easy task on paper, taking on Real Monarchs in Utah, but the so-called Kings of Chaos need help from El Paso Locomotive to make the post-season. Rio Grande Valley FC books their ticket with a win, but should they earn a draw or less, they’ll need United and Bold to do the same in order to advance. Meanwhile, Bold FC absolutely needs a win against Charlotte Independence along with RGVFC and United to lose to make an appearance in the post-season.

As it stands ahead of the final weekend, El Paso Locomotive would host LA Galaxy II then should it advance to the Conference Semifinals, it would play host to the winner of Orange County SC and Colorado Springs Switchbacks FC. On the other end of the playoff bracket, as it stands, Phoenix Rising FC would host Rio Grande Valley FC before going on to play the winner of San Antonio FC and San Diego Loyal.

The Look in the East 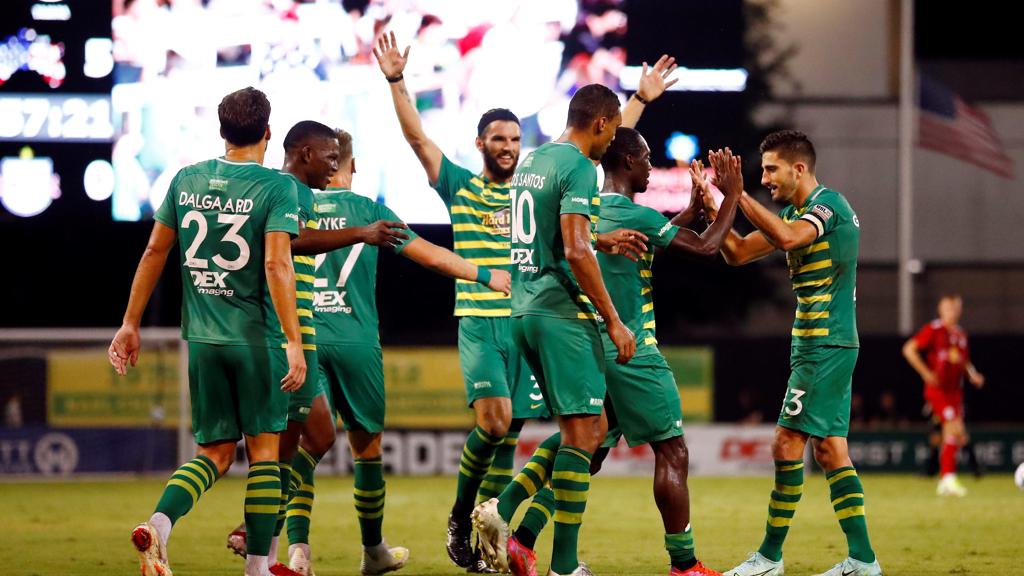 The Western Conference might be a photo-finish across the playoff line as we enter the final weekend, but the players are set in the Eastern Conference. Tampa Bay Rowdies are leading the charge in the East, taking the Atlantic Division by storm. Joining them in the playoffs are Charlotte Independence, Pittsburgh Riverhounds SC, and Miami FC.

We already know that FC Tulsa will be traveling to Al Lang Stadium to take on Tampa Bay Rowdies for the opening round of the playoffs in the East, but as for where the rest of the clubs go, that much is still in the air. As it stands right now, Birmingham Legion FC would be hosting Miami FC, Pittsburgh Riverhounds would be traveling to Louisville City FC and their Lynn Family Stadium, while Charlotte Independence would play host to Memphis 901 FC – who is frankly just excited to be part of the picture. Even though Locomotive wouldn’t have to handle any Eastern team until the USL Final, each team is crucial to keep an eye on as it they are all potential opponents for the pinnacle trophy.

The 2021 USL Championship playoff race is setting up to be a tight one, with the best teams in the league all vying for the highest title the league has to offer. For El Paso Locomotive, that track to the trophy kicks off on Friday, November 5 at 7:30 p.m. from Southwest University Park against whoever comes out on top between LA Galaxy II, Oakland Roots, and Tacoma Defiance. Tickets for the opening playoff round are going fast so don’t miss out on one of the biggest games of the year. Get your tickets at www.eplocomotivefc.com/tickets, by phone at 915-235-GOAL, or through the Official El Paso Locomotive FC App.