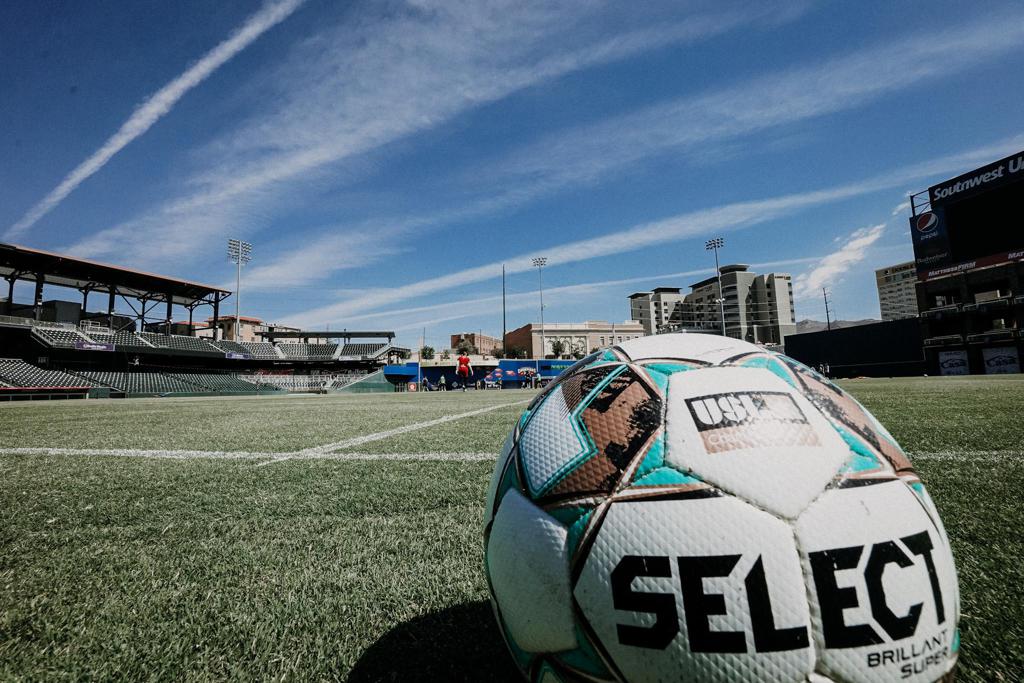 It’s so refreshing playing someone new! Not to mention, this one has playoff potential. Not just “oh, LA is looking to clinch, and Locos want to win the Mountain Division.” No, this one could be a preview of a playoff game. If the results hold the way they are, this would be the card for the Western Conference Semifinal, but more on that later. For now, let’s talk watch party, previous meeting, and then storylines.

PREVIOUS MEETING: These two sides last met at Dignity Health Sports Park to close out the 2019 USL Championship in October of that year. The match didn’t quite go Locomotive’s way as Galaxy II’s Ethan Zubak found the net in the 15th minute, setting El Paso to chase the game. While Los Locos sought the equalizing goal, LA’s Mohammed Kamara got on the end of a cross to put away an easy tap-in on an open goal in the 52nd minute. Locomotive turned up the heat trying

The First Time In A Long Time

It’s been a long two years since these two clubs have faced one another on the field. In fact, it was October 19, 2019, when these two last faced. Of course, after that loss, Locomotive went on to the Western Conference Final while LA Galaxy II was eliminated from the playoffs early in the Play-In round. Before that meeting in October, Locomotive dominated a 3-0 scoreline at Southwest University Park. Well, these clubs are completely different from 2019.

For starters, Los Locos conceded 36 goals throughout the regular season in 2019. This year, the club has only conceded 25. In 2019, Locomotive scored 42 goals and this year that number is 48. Basically, Locomotive is better than it was in the inaugural year. Meanwhile, Los Dos has tightened itself up defensively, conceding only 50 goals in the regular season compared to the 62 in 2019. Offensively though, Galaxy II has faltered, having only scored 47 goals to the 59 two years ago. It would be another intriguing matchup, if only because this one serves as a potential preview of things to come…

Alright, I’ve alluded to it twice now so let’s just jump into it. If the season were to end today, this would be the game for the Western Conference Quarterfinal. The top seed in the Mountain Division will play host to fourth-place finisher in the Pacific Division. As of right now, that would be El Paso Locomotive hosting LA Galaxy II. The venue would be different – Southwest University Park instead of Dignity Health Sports Park – but this match provides a good look into things to come ahead of the playoffs. The two teams will be able to get a live look at one another just weeks before their potential playoff clash. They will have the opportunity to make adjustments and change game plans for the Quarterfinal. We all know Locomotive is excellent at adjusting so even if things don’t go the way we hope on Sunday, you know things will be different at Southwest University Park after Head Coach Mark Lowry and his team have time to break down this Sunday’s contest. This, of course, also gives LA Galaxy II’s head coach, Junior Gonzalez, to make tactical adjustments too.

Too long, didn’t read: This match very well could be a preview of what will be a very exciting tactical battle in the Western Conference final. Those kinds of tactical battles result in some high octane, high pressure, playoff games. Maybe pay attention to this one.

So, if Locomotive wins the Mountain Division with three games left in the USL Championship Regular Season, what comes next? At that point, Locomotive would have come, saw, and conquered it all, right? Well, that’s still not enough for Head coach Mark Lowry and his squad. The next goal is to catch Phoenix Rising. Locomotive currently has 58 points after 28 games played in the regular season while Phoenix Rising holds 62 after 29 games. Locomotive has a game in hand but with a four-point difference, the El Paso team will be hoping Rising drops the result somewhere in its final three games. Should Locomotive catch and surpass Phoenix Rising, not only would Los Locos be the best in the Mountain Division, but they would also be the best across the Western Conference. This would be huge when it comes to the Playoff Push. Being the best in the Western Conference means Locomotive would host every game through to the Western Conference Final, giving the El Paso club an advantage for a title run by using the 23-game undefeated fortress of Southwest University Park.