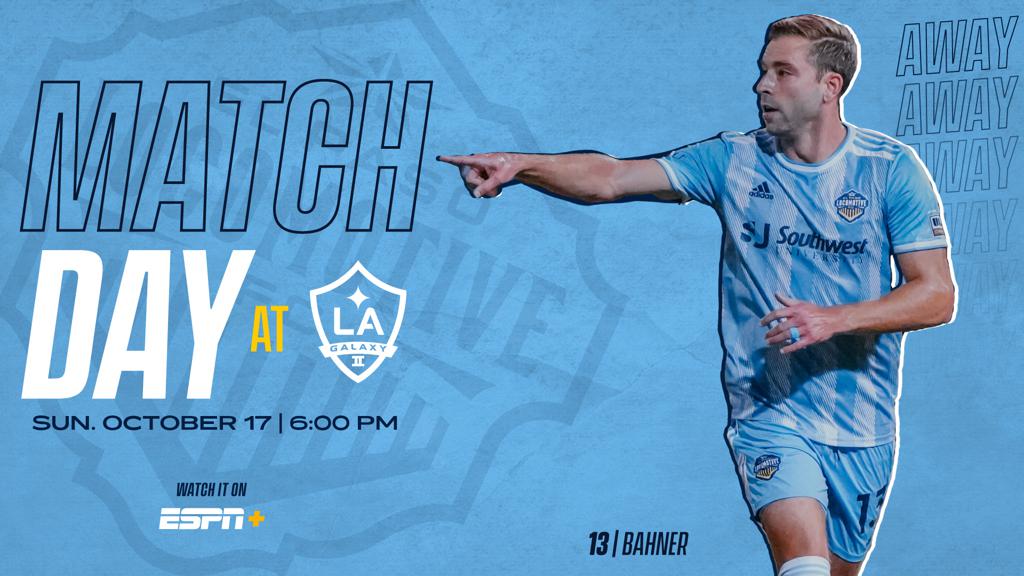 El Paso Locomotive (16-2-10, 58 pts., MTN-1) goes on the road for a Sunday night match-up against LA Galaxy II at Dignity Health Sports Park. Kickoff from Carson, California is set for 6:00 p.m. MT and will be broadcast live on ESPN+.

It has been two years since Los Locos and Los Dos have met one another on the pitch. In 2019, the two clubs met home-and-away, splitting the regular series record with a win and a loss each. At Southwest University Park in June of that year, Locomotive claimed a 3-0 win over Galaxy II before closing out the 2019 USL Championship regular season campaign with a 2-0 loss at Dignity Health Sports Park. Two years later, Los Locos are traveling to Carson, California once again for an inter-division contest that could impact the playoff push for both teams.

El Paso Locomotive has clinched its playoff berth, but Head Coach Mark Lowry and his men are hungry for more. The club is aiming to claim the top seed in the Mountain Division which it can do with a draw or a win against Los Dos on Sunday. Additionally, following the 1-0 loss Phoenix suffered on Wednesday night, Los Locos are aiming to surpass Rising to stand at the top of the Western Conference divisions. Four points below with a game in hand, Locomotive has set itself into a good position to overtake the Pacific Division leaders with a win against Galaxy II. Meanwhile, LA Galaxy II is fighting just above the playoff line, hoping to book a spot into the 2021 postseason. The California club is currently two points over Oakland Roots on the playoff line but has Sacramento Republic and Tacoma Defiance just three points behind. A critical three points against El Paso Locomotive could keep Galaxy II above water, while a loss could spell the end to LA Galaxy II’s 2021 season.