Locomotive and Tulsa Meet for First Time Since 2020 Western Quarterfinal 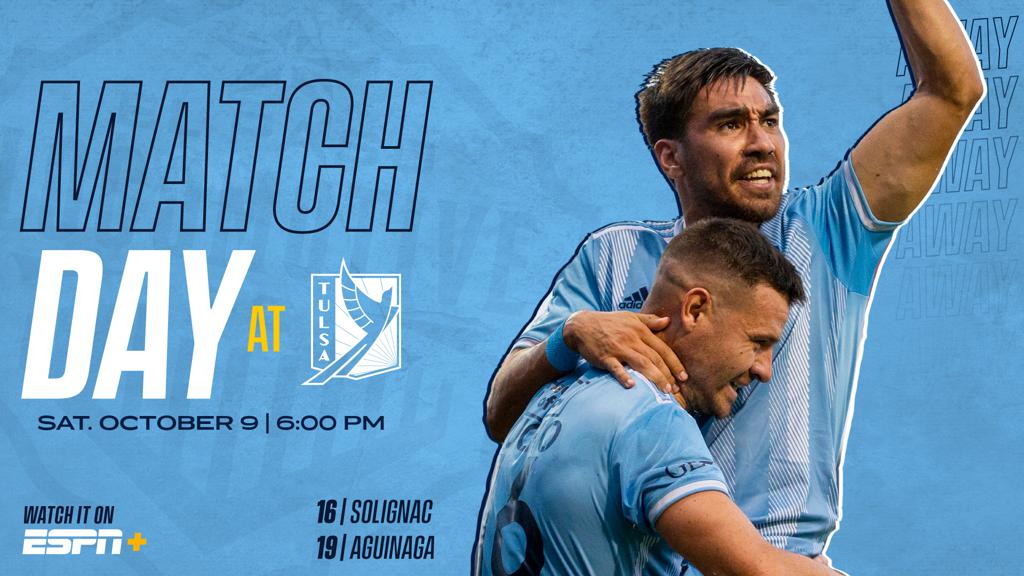 El Paso Locomotive (14-2-10, 52 pts., MTN-1) heads east to the Central Division for an interconference matchup against FC Tulsa on Saturday. Kickoff from ONEOK Field is set for 6:00 p.m. MT and will be broadcast live on ESPN+.

El Paso Locomotive and FC Tulsa haven’t met one another since the 2020 Western Conference Quarterfinal, where the two sides played to a 2-2 in regulation time before Locomotive advanced to the Semifinal following a 4-2 penalty shootout. The tense penalty shootout was put to bed by a final goal from Saeed Robinson and a big save from Goalkeeper Logan Ketterer to stop Ariel Martinez.

Since the Quarterfinal, both sides have made it through the 2021 USL Championship as strong contenders for their groups. Both clubs are fighting to officially claim a spot in the postseason. Locomotive sits at the top of the Mountain Division while FC Tulsa is in third of the Central Division. Tulsa started the season on the wrong, falling to massive scorelines but has since rose through the ranks to become a contender of the Central Division. Locomotive has dominated the 2021 season, riding the season at the top of the Mountain Division, but an intense October schedule has been testing the depth of the squad. Playoff hopes and dreams are riding on this late-season game and both sides will be playing with intensity to make those dreams reality.