What You Should Know Before The Copa Tejas Showdown 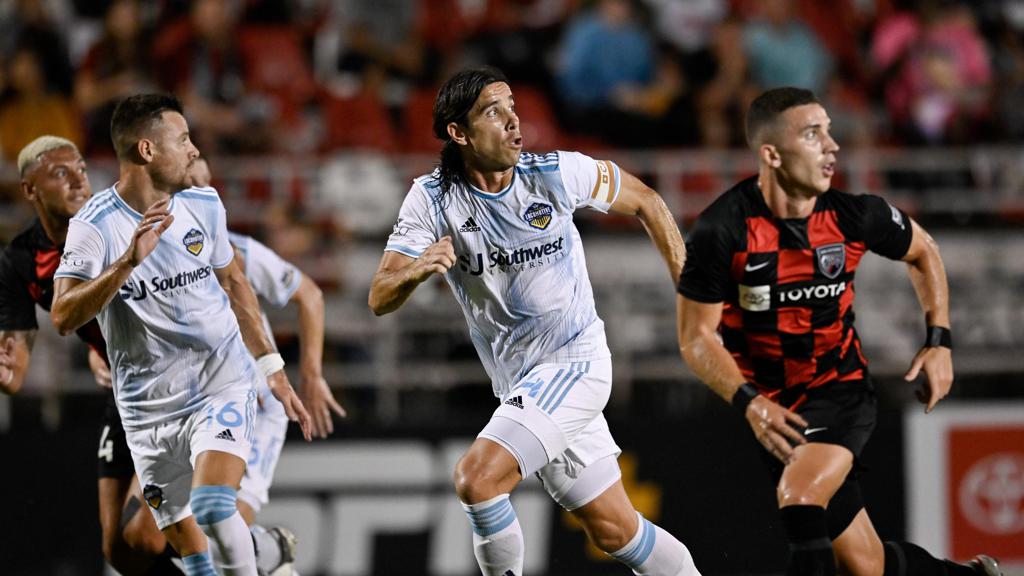 I’ve been looking forward to this game all week. Not only do we have more Locomotive soccer at home with the best fans in the USL Championship, but there are massive playoff implications, and the Copa Tejas is on the line. There is a lot to be excited about in this midweek matchup, so let’s just get to breaking it down.

PREVIOUS MEETING: In the last meeting El Paso Locomotive traveled to San Antonio though fell for only the second time this season. Locomotive had dominated possession throughout the game, seeing the El Paso side control the tempo and rhythm of the game, it would be San Antonio that made the most of its chances. In the 32nd minute, Marcus Epps found the opening goal as San Antonio stripped the ball from El Paso, starting a counter that Epps would finish with a curving low ball to the far post. Locomotive chased the game through the second half finding an equalizer from Sebastian Velasquez in the 54th from Nick Ross’ corner kick but San Antonio struck again in the dying seconds of stoppage time. Justin Dhillon broke defenders to open a shot and take home the three points.

A Little Taste of Vengence

So that highlight reel is hard to watch, if only because we aren’t exactly used to losing this season. Well, now a few weeks later Locomotive has an opportunity to set things right with a final rematch against San Antonio FC. Over the course of 2021, Locomotive has decidedly lead the series between the two holding a record of 2-1-0, following the 2-1 and 2-0 wins ahead of their last meeting in August. In the all-time series, Locomotive carries the advantage, taking the win three times, ending in a draw once while only following to San Antonio twice. Needless to say, Locomotive are the favorite going into tonight’s match, especially as the El Paso side has been dominating the Mountain Division. With Copa Tejas on the line, the potential for a playoff spot, and Locomotive eager to end at the top of the Mountain, the match against San Antonio will be a special opportunity for a little taste of vengeance.

Copa Tejas on the Line

At this point, it feels like Copa Tejas has been all but secured for El Paso for a while now. El Paso only needs one more point in the Texas competition to secure the trophy and bragging rights after earning the draw against Austin Bold FC at the end of September. After nine games of the 12 set to be played, Locomotive has earned 19 points, leading the Texas clubs by six. San Antonio and Rio Grande Valley FC have already been mathematically eliminated from the competition but Austin still has a “chance” if they win out in its remaining two Copa Tejas games and Locomotive loses out in its remaining three. With the Copa Tejas going to be at Southwest University Park during the San Antonio matchup, Locomotive will be hoping to put the competition to bed and claim the Lone Star Trophy for El Paso.

Through the 2021 Regular Season, Locomotive has put themselves in charge of their own destiny. With seven games left Los Locos only need two more wins to officially secure a spot in the 2021 USL Championship Post-Season. Even so, Locomotive could potentially clinch their playoff spot against San Antonio with a win and if Austin falls to Tacoma Defiance or New Mexico United fails to get a win against Hartford Athletic on the same night. Essentially, as a Locomotive fan, you might want to turn on those notifications for Austin and New Mexico (or actually, turn them on for Hartford Athletic) and keep an eye on those games. Though even if it doesn’t happen against San Antonio on Wednesday, there is always Saturday against FC Tulsa.