Everything to Know For Round 3 of Locomotive and Switchbacks 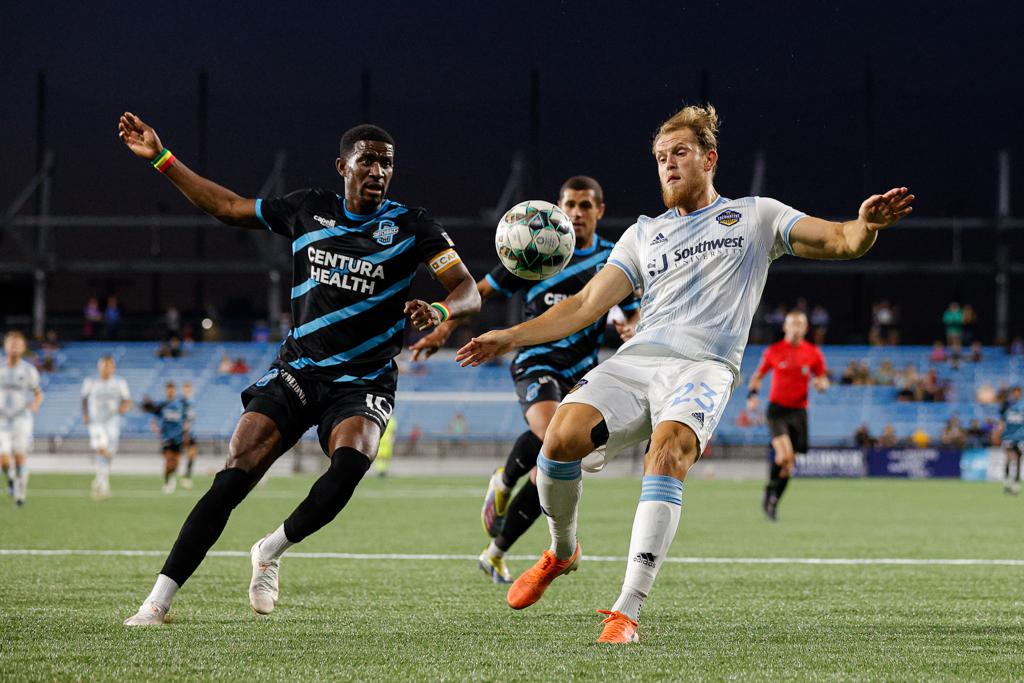 Let’s be honest with ourselves for a second, yeah? There are few teams in this league that can compete with the likes of El Paso Locomotive and Colorado Springs Switchbacks FC this season. When these two teams meet, it’s a deadlocked battle of two very different teams that make for an exciting game. So let’s break down round three of the immovable object vs the unstoppable force.

PREVIOUS MEETING: El Paso Locomotive dominated the highlight reel from the meeting of these two sides two weeks ago. Within two minutes, Aaron Gomez had an opportunity on a tight angle that Switchbacks Goalkeeper Sean Melvin was able to put a stop to. Minutes later a clever through ball from Lucho Solignac found Gomez again in the same spot who this time crossed to Luna, though that shot went wide. Meanwhile, Switchbacks were left with few opportunities, the best one Logan Ketterer repositioned perfectly to save. The Locomotive defense closed out spaces to limit the incredible Switchbacks offense and ultimately, the two sides left Weidner Field with a point on a scoreless draw.

It's round three of this incredible battle of Defense vs Offence. So far, neither has been able to get the better of the other in 2021 and that’s exciting in its own right because you just know one of these teams has to give. El Paso Locomotive – the immovable object – has one of the best defenses in the league. After 24 games, El Paso has conceded only 18 goals this season, the second-lowest in the league. The incredible defensive work from across the field has amassed 11 clean sheets, the second-highest in the league, seven of which belong to Logan Ketterer who has made 42 saves through the season. That defense has been tested time and time again, but rarely isn’t it been broken down effectively.

Switchbacks FC – the unstoppable force – has been deadly in the attack as one of the best offenses in the league. 55 goals after 26 games, and the leading Golden Boot leader Hadji Barry scoring 24 of them. It’s the second-best attack in the league. It’s a fast-paced attack that has a 20% conversion rate on goals. The Switchbacks have only been shut out three times this season, one of which was at the hands of the Locomotive defense. Saturday is set to be a tactical battle of the minds between Coaches Mark Lowry and Brendan Burke.

Push to the Playoffs

Courtesy of a second-half own goal from Real Monarchs, Locomotive is another three points closer to clinching its third consecutive playoff spot. The new magic number following Wednesday’s action is eight points. As soon as Locomotive can overcome an eight-point difference, whether that’s by winning against the opposition or other teams dropping points in their games, Locomotive will claim their spot in the postseason. While there are still too many variables for me to break it down to “If this happens and that happens, Locomotive is in,” I will tell you we are obviously hoping Locomotive wins everything and we are specifically hoping that New Mexico United and Austin Bold FC drop points.

There are eight games in the all-time series between El Paso Locomotive and Switchbacks and in those eight games, Colorado Springs has yet to get the better of the El Paso side. The Locos have four wins and four draws to lead the series, though recently the two teams have stood on equal footing on the pitch. In the two games these two have met on the pitch, the clubs have split the points. In June, it was a 1-1 draw at Southwest University Park after an early goal from Macca King was nulled by a second-half penalty conversion for Switchbacks. In September, it was the scoreless draw that made up the last meeting between the two. With round three and game nine in the all-time series coming up this weekend, it really feels like anyone’s game in what is sure to be an exciting match up.

Remember this storyline? Way back when the season was starting and we were contending with Rio Grande Valley FC? Well, RGV has fallen in the ranks, dropping below the playoff line and the next contender is nipping at the heels of Locomotive and that contender is Switchbacks FC. Just like with RGVFC at the start of the season, Los Locos have a distinct advantage of having games in hand while also still having more points than Colorado Springs. Switchbacks have an uphill battle to properly overtake Locomotive at the top of the table, but this won’t stop the two sides from fighting for Mountain Division supremacy, with El Paso holding fast to the top seed and Colorado Springs trying to hold on to the second.