Luna Earns His Third Nod This Season; Second Time Featured in Team of the Week XI 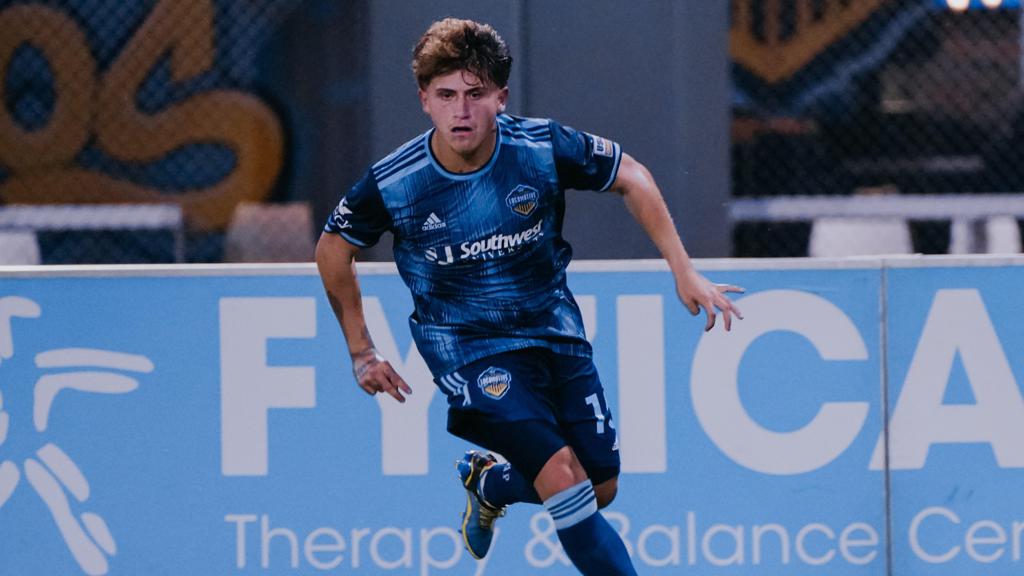 Locomotive Midfielder Diego Luna earned USL Championship Team of the Week honors for Week 23 after El Paso’s 2-2 draw against Austin Bold on Wednesday. This is Luna’s third time being featured on the Team of the Week shortlist, having been previously to the XI in Week 8 and to the bench in Week 15.

In Wednesday night’s contest against Copa Tejas rival, Austin Bold, Luna helped lead an attacking front that tallied his sixth goal of the season after some creative back-and-forth passing with Sebastian Velasquez. Luna’s goal was rifled from the top of the penalty area, across the goalkeeper, and into the back of the net in the 70th minute. The goal was one of two shots on target for the 18-year-old midfielder, who also had a hand in playmaking by creating three chances while completing 36 of his 41 passes. Coupled with his help in controlling the midfield through 9 out of 15 duels, Luna deservedly earned his nod to the Team of the Week.

See below for the full USL Championship Week 23 Team of the Week: 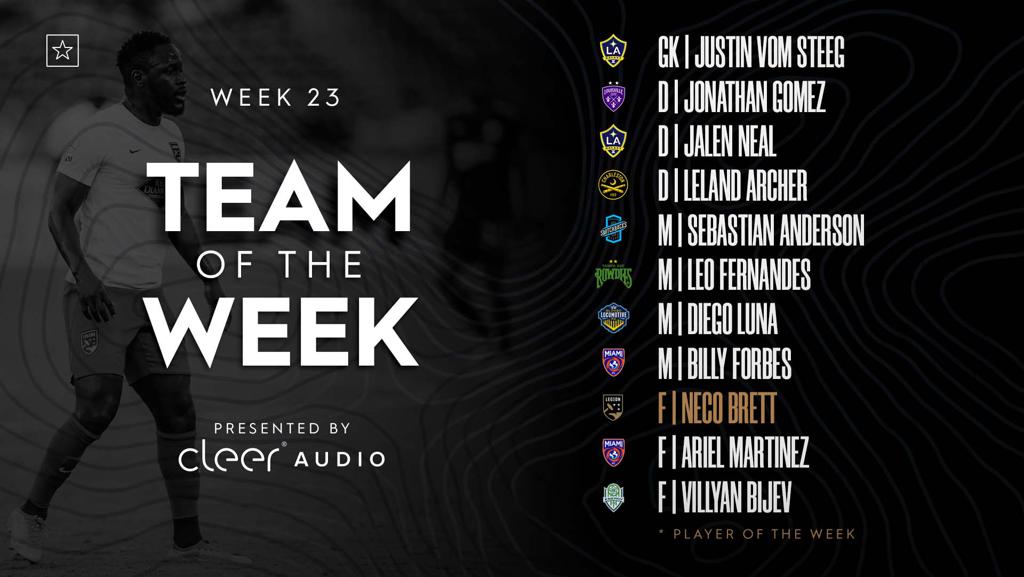 D – Jonathan Gomez, Louisville City FC: The 18-year-old notched an assist and three key passes while completing 42 of 51 passes overall and defensively made 13 recoveries in LouCity’s 1-1 draw at Memphis 901 FC.

D – Leland Archer, Charleston Battery: The Trinidad and Tobago international scored the first two goals of his Championship career in games against the New York Red Bulls II and Pittsburgh Riverhounds SC while winning 16 of 20 duels and 7 of 10 aerial duels across the two contests.

M – Leo Fernandes, Tampa Bay Rowdies: Leo Fernandes provided the assists on both of the Rowdies’ goals in a 2-1 victory against Hartford Athletic and ended the night with two shots and four key passes overall while winning 15 of 21 duels and 10 of 13 aerial duels defensively.

M – Diego Luna, El Paso Locomotive FC: The 18-year-old continued his stellar season with one goal on two shots and three key passes in El Paso’s 2-2 draw with Austin Bold FC while completing 36 of 41 passes overall and winning 9 of 15 duels.

F – Neco Brett, Birmingham Legion FC: The Jamaican forward recorded three goals and one assist across a pair of Legion FC victories against Atlanta United 2 and the Charlotte Independence while recording eight shots overall and completing 22 of 30 passes.

F – Ariel Martinez, Miami FC: The Cuban forward had one goal and two assists while recording five key passes and completing 3 of 4 dribbles and 23 of 27 passes overall in Miami’s 6-1 victory against Loudoun United FC.