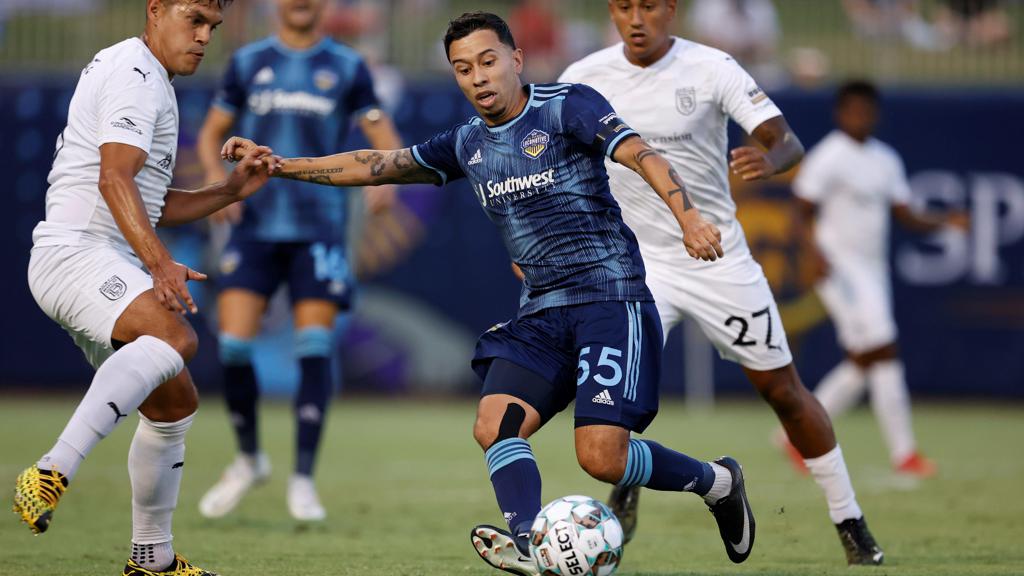 PREVIOUS MEETING: El Paso welcomed its Texas derby rival to Southwest University Park at the start of August, for a match that ended with a 3-0 victory in favor of the Locos. It started with Locomotive dominating the first half, nearly finding the scoreboard through early high pressure thought it wouldn’t be until the second half that Locomotive would find an opening goal. A cross served in found Andrew Fox alone at the center of the box to redirect the ball with a velocity that kept the Bold ‘keeper out of the picture. Dylan Mares doubled that lead, taking a textbook free-kick that took a bounce before finding the side of the net. Leandro Carrijo closed out the night for Locomotive, pairing with Diego Luna for some quick passing before taking one touch to laser a shot into the far post, securing three points for El Paso.

It might be an away game for the Boys in Blue, but they’ll be playing for the El Paso fans against Austin Bold on Wednesday. Since El Paso has been so dominant against their Texas rivals over the course of the season, Locomotive has a chance to claim the Texas trophy for all of 8th Notch and the loyal supporters back at Southwest University Park. Locomotive currently sits on top of the USL Copa Tejas table with 18 points, while Austin Bold is positioned just below at 12 points. With a win, Locomotive would jump to 21 points, out of range of Austin, who then would only be able to get a max of 18 points by the end of the season. Head Coach Mark Lowry and his squad have their eyes set on the bigger picture: Finishing in a favorable spot by the end of the regular season to make a meaningful run for the USL Championship title. If that means claiming Copa Tejas along the way for the sense of pride the team has in this community, well, that’s just the cherry on top.

Shut Down and Shut Out

Locomotive and Bold have met twice so far this season and twice the Locomotive side has been able to shut down and shut out their opponent. Over the first two matches in the 2021 season, Locomotive has outscored Austin 4-0 and left the Bold attack with only three shots on target. While the regular series between these two sides has been one-sided in favor of El Paso, it does not mean this match will be a walk in the park for Locomotive. The last time Locomotive visited Bold Stadium, the match nearly ended in a scoreless draw, though El Paso was able to narrowly secure the full three points. The Boys in Blue were left with only one shot on goal and Midfielder Diego Luna made it a good one, connecting a head to the end of Macca’s cross. It was his first professional goal, and it set up Locomotive to take a full sweep of the series should it keep being able to shut down Austin on the field.

After a short four months of the 2021 USL Championship season, it’s starting to come to an even more rapid close. Locomotive has played 22 games of its 32 games season, meaning there are only 10 games left to mathematically secure an appearance in the playoffs. Through the first two-third of the season, Locomotive has taken charge of its own destiny, putting itself at the top of the Mountain Division, six points ahead of its closest competition with games in hand. Now going into the final 10 games stretch, El Paso will be looking to mathematically clinch that playoff berth as soon as possible so it can start focusing on securing a home match guarantee for the opening round. The season is beginning to come to an end, and it’s looking like it will be a heated and dramatic race to the finish for teams all across the USL Championship.

Throughout the 2021 season, Austin Bold has been flirting with the playoff line. Over the recent weeks, Bold has dropped from third in the division to below line in fifth before moving back up between third and fourth. Bold is currently finding itself in a good run of form as it seeks its second playoff berth in its three-year existence. Bold has managed to earn its last three to get into a form of 3-1-1 over its last five games. The form puts Austin Bold safely above the red line with a four-point cushion, for the time being, keeping New Mexico United and Rio Grande Valley nipping at their heels as the two seek their tickets to the postseason. Austin has only 9 games left in its regular season, meaning every point counts as Austin seeks its own dreams of a playoff run.