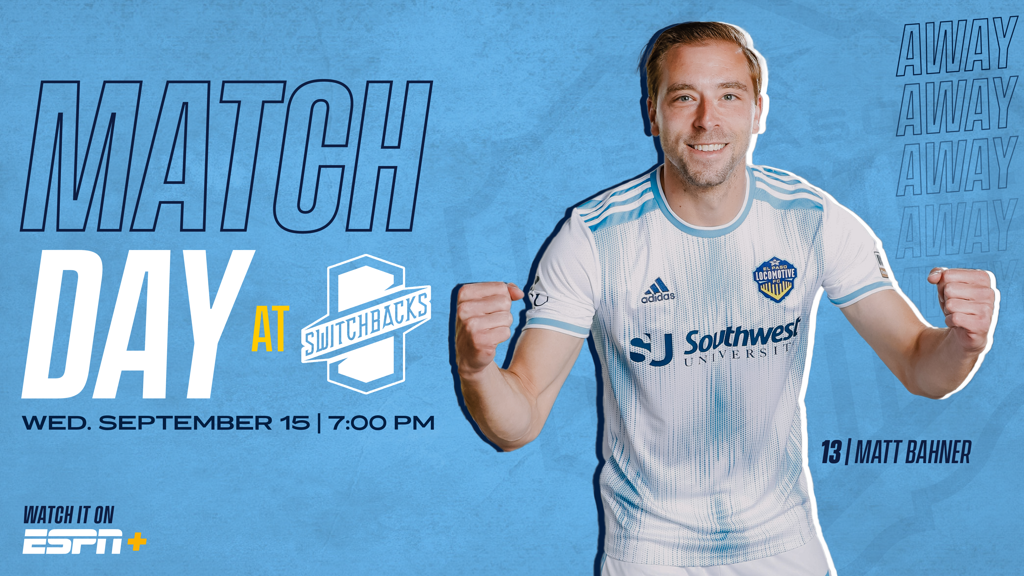 El Paso Locomotive (13-2-6, 45 pts., MTN-1) travels to take on its Mountain Division opponent Colorado Springs Switchbacks FC at Weidner Field on Wednesday night. Kickoff is set for 7:00 p.m. MT and will be broadcast live on ESPN+.

Entering the final third of the 2021 USL Championship Regular Season, El Paso Locomotive and Switchbacks FC are sitting at the top of the Mountain Division. Locomotive has amassed 45 points with a record of 13-2-6 while Switchbacks are fighting for home playoff positioning with the rest of Mountain Division, holding 36 points and a 10-7-6 record. As the two clubs meet for just the second time this season, a three-point swing in either direction could provide lasting playoff implications in this final stretch.

The last time these two sides clashed, the match ended in a 1-1 draw after Macca King put Locomotive on the scoreboard early in the 12th minute only to be nulled by a penalty kick conversion by Hadji Barry in the 73rd minute. That match put the regular series record to 4-0-3 in favor of Locomotive, who boasts a +7 goal differential against the team from Colorado Springs. Despite Switchbacks never coming away with the full three points over Locomotive in regular season, the El Paso side will enter with an air of caution as the deadliest attack in the league takes one of the most ironclad defenses.