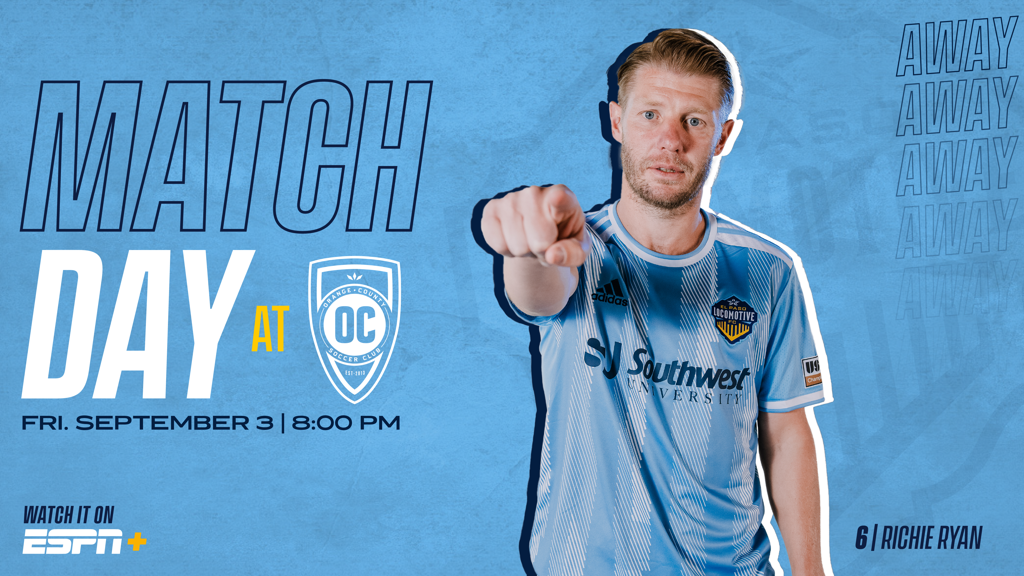 El Paso Locomotive (12-2-5, 41 pts., MTN-1) heads to the Golden State to take on Orange County SC at Championship Soccer Stadium on Friday, September 3. The evening kickoff is set for 8:00 p.m. MT and will be broadcast live digitally on ESPN+.

After suffering only its second loss of the season against San Antonio FC last Saturday, El Paso Locomotive is primed and ready to bounce back and begin another undefeated streak to close out the 2021 USL Championship regular season. Following its first loss, Los Locos hit the ground running for a 10-game undefeated streak that saw Locomotive pick up 26 points behind an 8-0-2 record. With momentum still squarely on the side of El Paso in the final stretch of the regular season, the Boys in Blue are aiming to end their season strong to steamroll into the playoffs.

The first challenge to test the Locomotive response comes in the form of a moderate Orange County SC side that Locomotive hasn’t seen since the season opener of the 2020 USL Championship season. In that meeting, the two split the points by adding a draw to the now 1-1-1 record in the all-time series record. While Locomotive has been white-hot through the 2021 season, OCSC has seen an average season, holding a record of 8-7-6 and +3 Goal Differential after 21 games. Orange County has only earned the full three points once in its last five games as it fights to stay above the Pacific Division playoff line. Under the Friday night lights, it will be a very different matchup from the 2020 USL Championship season opener.