Defender Andrew Fox Featured on Week 18 Team of the Week 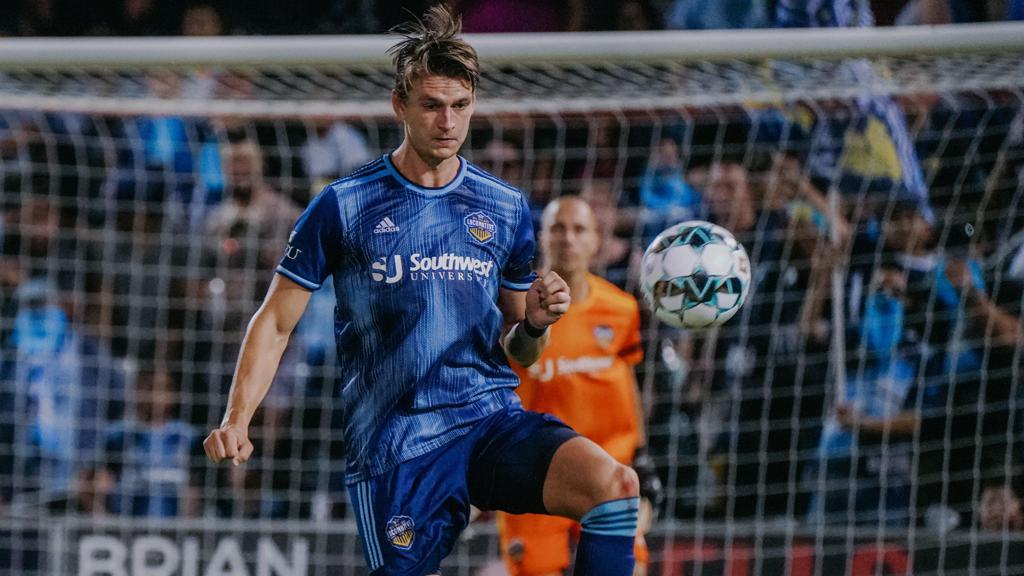 Defender Andrew Fox earned a nod on the USL Championship Team of the Week for Week 18 following an outstanding performance in either half of Locomotive FC’s 3-1 victory against Rio Grande Valley FC on Saturday. This is Fox’s first nod on the weekly shortlist in the 2021 season and his third with El Paso Locomotive FC having earned the accolade twice in 2020. Midfielder Sebastian Velasquez also earned a nod being highlighted on the Team of the Week Bench.

On Saturday night, Fox started in the left-back position, playing the full 90 on both sides of the ball to contribute to the massive 3-1 win. Defensively, Foxy led the team in tackles with four, winning three, while winning 6 out of 7 duels to help limit Rio Grande Valley FC to only three shots on target throughout the night. On the attacking half, Fox helped kick off the scoring, making one touch to scoop the ball into the air for Forward Lucho Solignac to skillfully backheel into the net. The assist, paired with two other key chances and three shots on goal, highlighted the 28-year-olds ability on the ball both in attack and in defense.

Sebastian Velasquez earned an appearance on the bench for Week 18, having led the team with four shots, three of which were on target, and one going in at the 89th minute for the game-winning goal against RGVFC.

The Championship’s Player and Team of the Week is selected by the USL National Media Panel, which is made up of representatives from each media market in the Championship.

The full list of players for the Week 18 USL Championship Team of the Week is listed below: 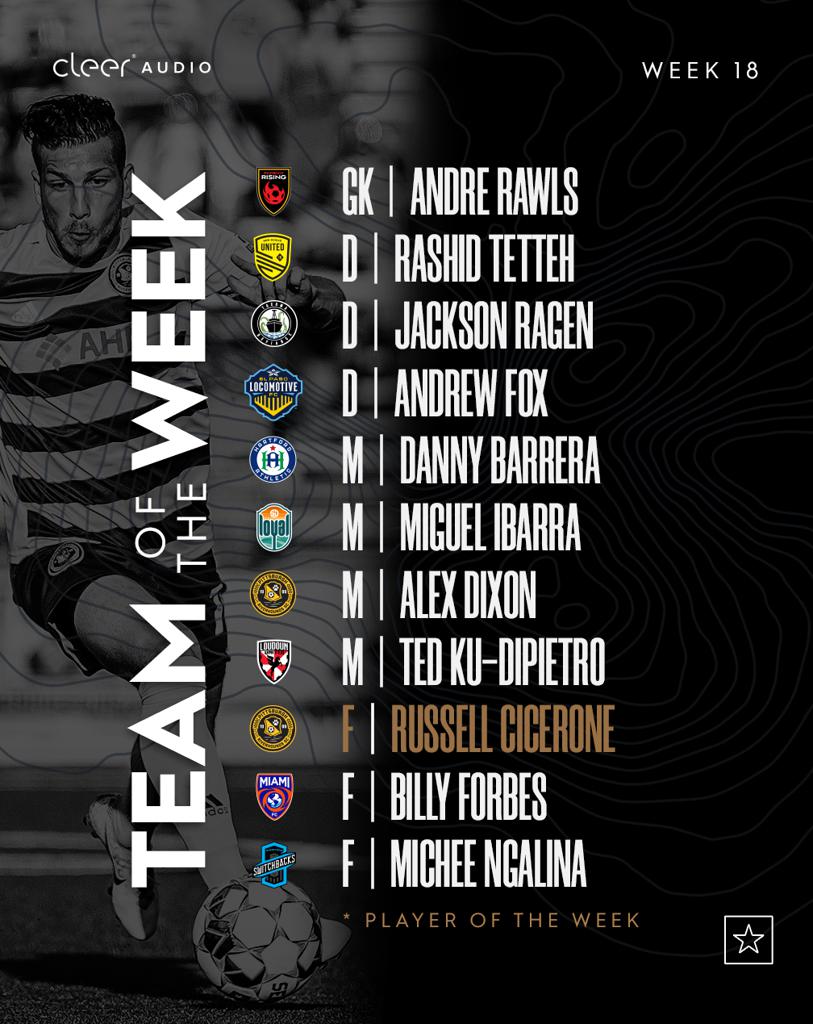 D – Rashid Tetteh, New Mexico United: The Ghanaian put in a strong performance in New Mexico’s 1-1 draw with Oakland Roots SC, making a key goal-line clearance in the second half while winning 8 of 9 duels and making nine recoveries.

D – Jackson Ragen, Tacoma Defiance: The Sounders Academy product continued to come into his own after signing recently with the Defiance and notched the opening goal in Tacoma’s 3-0 win against Orange County SC last Wednesday while also recording nine clearances and completing 54 of 56 passes.

M – Danny Barrera, Hartford Athletic: The Championship’s co-assist leader had a goal as well as his eighth helper of the year in Hartford’s 2-1 win against the Charleston Battery last Tuesday night and also recorded eight key passes while completing 46 of 57 passes and winning 7 of 9 duels in midfield.

M – Alex Dixon, Pittsburgh Riverhounds SC: Alex Dixon continued his outstanding recent run of form as he recorded two assists and five key passes in the attacking half while also winning 7 of 9 duels and 4 of 4 aerial duels in Pittsburgh’s 4-1 win against Atlanta United 2.

M – Ted Ku-DiPietro, Loudoun United FC: The 19-year-old notched the final goal in United’s 4-1 victory against Indy Eleven on Wednesday night to cap a performance that saw him record five shots and six key passes while completing 44 of 50 passes overall.

F – Russell Cicerone, Pittsburgh Riverhounds SC: Russell Cicerone scored the first hat trick of his professional career to lead the Hounds to a 4-1 victory against Atlanta United 2 on Sunday night while recording five shots and completing 15 of 20 passes.

F – Billy Forbes, Miami FC: The Turks & Caicos international came on as a half-time substitute against Hartford Athletic on Sunday night and had an immediate impact for the hosts, scoring three minutes into the second half on the way to a pair of goals in a 2-0 victory while also notching two key passes.

F – Michee Ngalina, Colorado Springs Switchbacks FC: The Congolese winger notched a late game-tying goal to add to his eighth assist of the season earlier in the contest to remain tied with Danny Barrera for first place in the league, and also completed 35 of 40 passes and won 9 of 14 duels in a 3-3 draw with the Charlotte Independence.