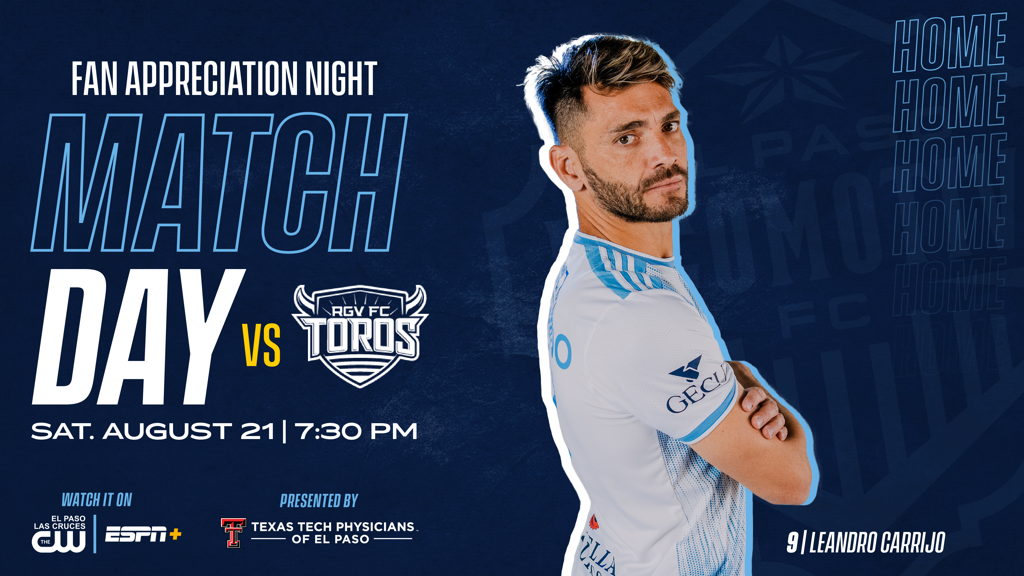 Saturday’s matchup will be highlighted with a fireworks show post-game in honor of our supporters new and old. Be sure to get your tickets and join us at Southwest University Park as we celebrate you – the fans.

In the last meeting between the two sides, El Paso Locomotive suffered its first and only defeat so far in the 2021 USL Championship season. Since that night at H-E-B Park. Locomotive picked up right where it left off, beginning a new undefeated streak that currently stands at nine games and a record of 7-0-2 (23 points). Most recently was a draw that saw Locomotive claim the point at Isotopes Park against New Mexico Untied on a stoppage-time goal after going down a man due to a red card in the 77th minute.

Rio Grande Valley has seen a mixture of results since hosting El Paso Locomotive having also played a total of nine games with a record of 2-3-3 (9 points). In the past week, RGV Toros have played twice, falling to a staggering 5-2 scoreline against a visiting Switchbacks FC side before recording a 1-1 draw against Copa Tejas rival Austin Bold FC at Bold Stadium. Both teams enter Saturday eager to make a difference on the Mountain Division table as Locomotive has an opportunity to further claim the Division while RGV seeks to reclaim the top spot by closing some distance.