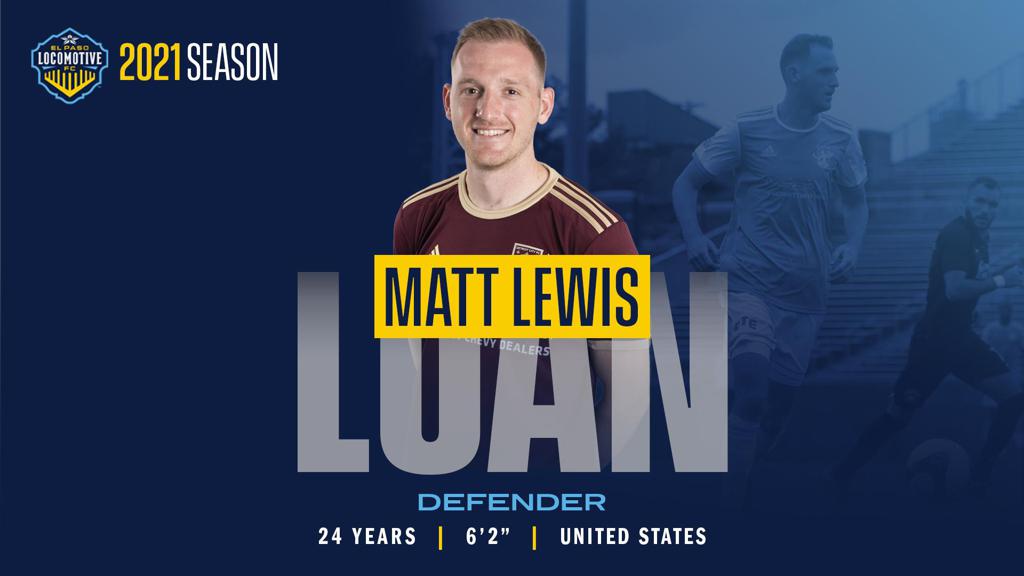 Lewis, 24, comes to El Paso with some USL experience under his belt having signed a homegrown player contract with MLS club, Sporting Kansas City. While with Sporting, Lewis played 12 games through 2018 with their USL Championship affiliate, Sporting KC II. In 2019, Lewis moved to New York Cosmos B in the National Premier Soccer League making 12 appearances before returning to Kansas City to join indoor soccer club, Kansas City Comets for 22 appearances and 9 goals. Lewis spent the 2020 season with New York Cosmos, recording one goal in four appearances before going on loan to Detroit City.

Since joining Detroit City, Lewis has made incredible impacts, playing in 13 matches while scoring three goals, including the club’s first goal in its professional era, and helping lift the team to a NISA Championship trophy in July.

El Paso Locomotive takes on its regional rival, New Mexico United this Saturday, July 24 in Albuquerque, New Mexico for the first time since 2019. Kickoff is set for 7:30 p.m. MT and will be broadcast live digitally on ESPN+. Locomotive next returns home on July 31 to host Real Monarchs at Southwest University Park in a match where the first 1,500 fans will receive a Locos flag. Tickets are available to purchase online at epolocomotivefc.com/tickets or by calling 915-235-GOAL.