Locomotive Travels to Albuquerque for First Regular Season Game Since 2019 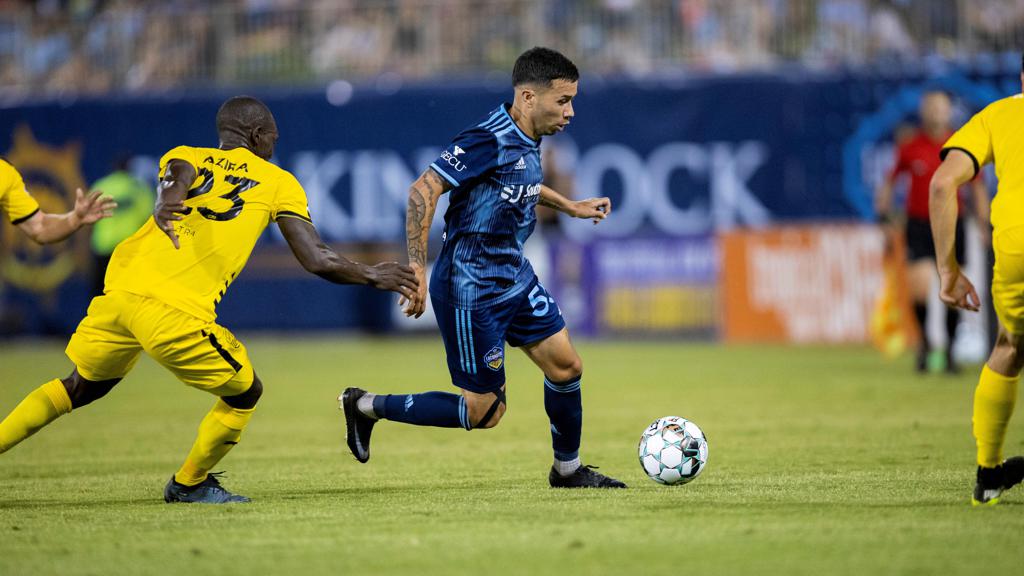 EL PASO, Texas (July 23, 2021) – El Paso Locomotive heads north for a road game against its Southwest Desert rival, New Mexico United, at Isotopes Park on Saturday. The match will be the first time the two have met in Albuquerque for a Regular Season competition since July 2019. Kickoff is set for 7:30 p.m. MT and will be broadcast live digitally on ESPN+.

El Paso Locomotive extended its current hot run of form with a third straight win last Saturday, claiming the full three points over Las Vegas Lights FC at home. Forward Aaron Gomez provided the go-ahead goal in the second half, courtesy of a picture-perfect cross to the far post from Defender Eder Borelli. With the three wins, El Paso Locomotive has held fast to the top of the Mountain Division, level with Rio Grande Valley FC at 24 points so far this season. Following 11 games, Locomotive has only dropped all three points on one occasion, leaving it to steadily climb the Mountain Division. On the tight race to control the Mountain Division, New Mexico United is not far behind.

Following its midweek 3-0 loss against San Antonio FC, New Mexico United remains 4 points behind the two Texas clubs that lead the pack. In its recent form, United has been able to right some wrongs and turning momentum back into its favor. Following a streak of losses that saw New Mexico give up leads to fall to Colorado Springs Switchbacks, Real Monarchs, and El Paso Locomotive, United has come away with the full three points against a Switchbacks rematch and Eastern Conference foe, Charleston Battery. The United side relapsed with its loss against San Antonio on Wednesday and will now be forced to host a powerful Locomotive side that has only lost one game after 11 matches.