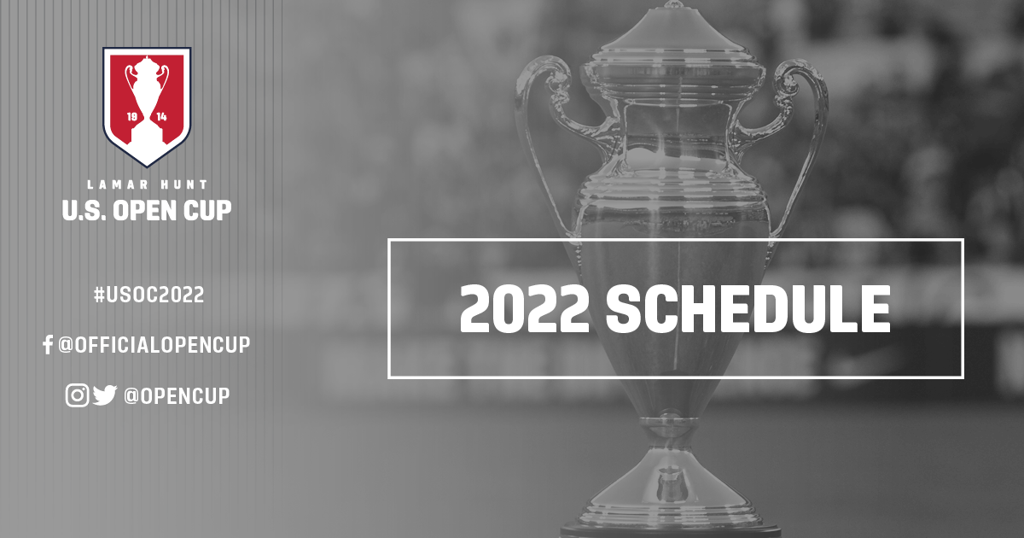 CHICAGO (July 20, 2021) – The Lamar Hunt U.S. Open Cup will return for its 107th edition in 2022 after canceling the past two years due to the COVID-19 pandemic. The 2022 tournament will start on March 22, with the Final of U.S. Soccer’s National Championship slated for mid-September.

A truncated 2021 Open Cup in May and June was called off and will not be rescheduled after not finding available match dates shared across the various participating leagues.

“After calling off the 2021 edition of the Open Cup due to the remnant effects of COVID-19, we’re excited that we can put next year’s match dates on everyone’s calendar so early,” said Open Cup Commissioner Paul Marstaller. “The 2022 tournament will be the first in memory when all the top players will be available for selection for every round as none of the games involving Division I Major League Soccer or Division II USL Championship clubs will be played during an international call-up period, a necessary feature for building a credible national championship.”

The 2022 Open Cup will also be the first to execute on improvements that were put in place prior to 2020:

A record number of teams (both overall and at the professional level due to expansion over the last several years) are expected to take part, eclipsing the 100 sides that were to have played in the canceled 2020 Open Cup and the previous record 99 clubs that did take the field in 2017.

The 2022 Concacaf Champions League berth that would have been awarded to the 2021 Open Cup winner will be addressed in the coming weeks by U.S. Soccer’s Board of Directors, who will recommend a course of action to Concacaf for their approval.

ESPN+ will be the home for the 2022 Lamar Hunt U.S. Open Cup, including the Final, set to take place in mid-September.

Embarking on its 107th edition, the Lamar Hunt U.S. Open Cup is U.S. Soccer's National Championship. The history-filled tournament is conducted on a single-game, knockout basis and open to all professional and amateur teams affiliated with U.S. Soccer, with pro sides receiving byes to the later rounds. Having crowned its first champion in 1914, the oldest national soccer competition in the USA was renamed in 1999 to honor American soccer pioneer Lamar Hunt.

Atlanta United FC is the reigning Open Cup champion, having earned the club's first tournament title with a 2-1 victory against Minnesota United FC on Aug. 27, 2019, in front of an Open Cup Final record 35,709 fans at Mercedes-Benz Stadium in Atlanta.