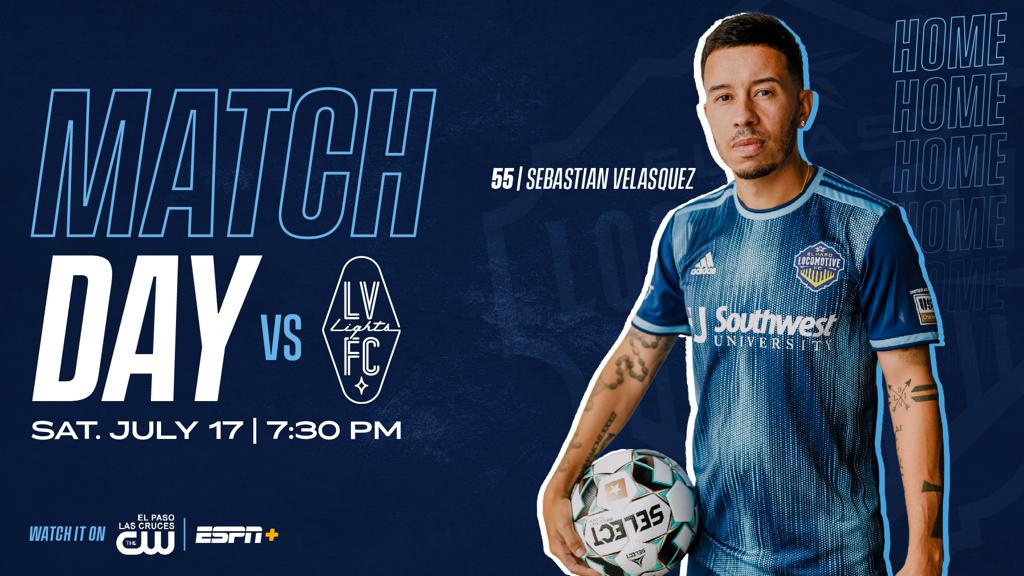 EL PASO, Texas (July 15, 2021) – El Paso Locomotive will play host to Las Vegas Lights FC for the first time since 2019 at Southwest University Park on Saturday, July 17. Kickoff is set for 7:30 p.m. MT with tickets available for purchase online at eplocomotivefc.com/tickets or by calling 915-235-GOAL.

Los Locos are coming off a critical 3-1 win over Real Monarchs that put El Paso at the top of the Mountain Division. An expertly taken goal by Forward Lucho Solignac kicked off the scoring before the Monarchs brought the goal-scoring level back. Locomotive ran away in the second half with Midfielder Diego Luna and Forward Aaron Gomez finding goals to secure the 3-1 win.

The Boys in Blue will continue to build off the momentum of a two-game win streak when they host a Lights FC side that is coming off a 2-1 loss against Sacramento Republic on Wednesday. Despite the midweek loss, Las Vegas has still found itself above the playoff line and is eager to keep a hold on to that as the season rapidly approaches the halfway point. Saturday night will see points on the line to steal from another division and for Locomotive to further stake its claim at the top of the Mountain Division or for Vegas to hold tightly to its playoff position.