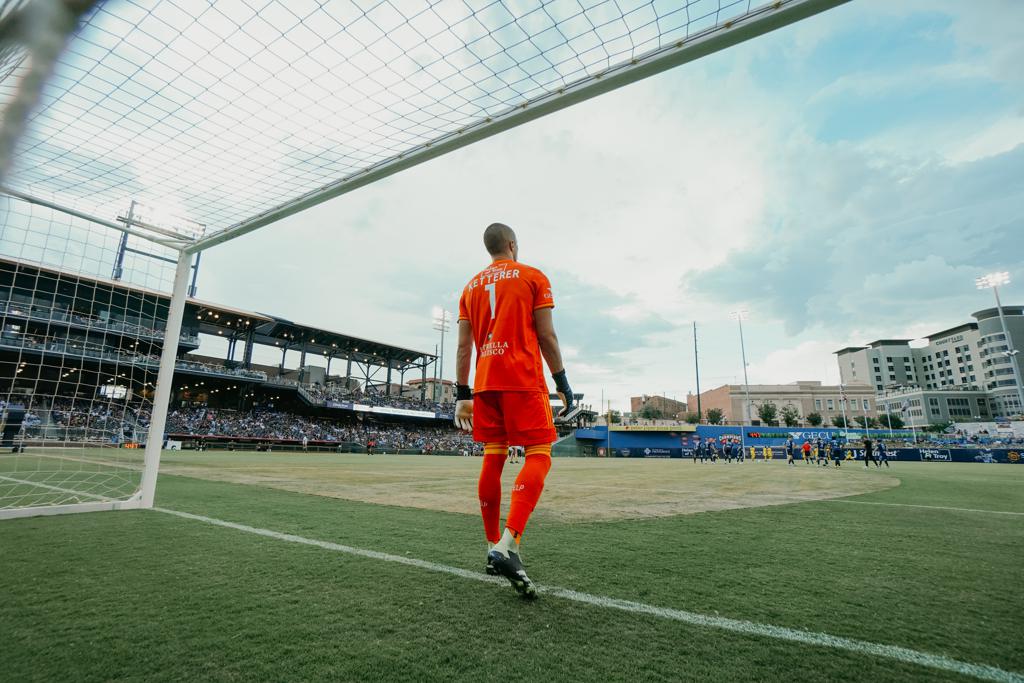 Sometimes you just have to give some respect where the respect is due. For example, I think it's pretty cool to have pitch-side pools, halftime water balloon fights, and camels at your game. Hats off to you, Vegas! Anyway, we're in El Paso for this one, and here is everything you need to know for when Las Vegas comes to the Sun City.

PREVIOUS MEETING: It's been nearly two years since El Paso and Las Vegas met on the pitch. In September 2017, Locomotive traveled to Vegas, where Sebastian Velasquez recorded his first Locomotive goal, by converting a penalty kick before Aaron Gomez netted a pair of late-game goals to secure a 3-0 win and the full three points from Sin City.

Right back where we should be if I’m speaking from my own (not so) unbiased opinion. The Boys in Blue played an outstanding game last Friday against Real Monarchs to claim a 3-1 win and earn three points for a total of 21 so far this season. 21 points put El Paso at the top of the Mountain Division, tied alongside Rio Grande Valley FC, but with fewer games played. That’s right, with only 10 games played so far in the 2021 USL Championship season, Locomotive is above RGVFC who has played 12 games, meaning Locomotive has control of its own destiny with chances to separate itself from the pack and cement a lead. We’re a third of the way through the season now and with essentially five teams currently fighting for a spot above the playoff line, El Paso is looking comfortable leading the pack.

TEAM OF THE WEEK STARS

Remember that outstanding game I mentioned before? Well, I’m not the only one who thought so. For the sixth week in a row that Locomotive has had a game, a Locomotive player has been featured on the USL Championship’s Team of the Week. After Friday night’s win over the Monarchs, Defender Eder Borelli and Forward Lucho Solignac earned the accolade, adding their names to the list of now five Locomotive players to be featured. Prior to the Week 12 shortlist, Midfielder Dylan Mares was named Player of the Week for Week 11, while Defender Macca King earned three straight nods for Weeks 7 to 9. Midfielder Diego Luna joined King on the shortlist in Week 8 and Defender Yuma kicked off the Locomotive slew of accolades in Week 6. The only gap in the series? Week 10, when Locomotive didn’t play a game. Needless to say, the Sun City team is full of stars.

Las Vegas Lights FC didn’t have the brightest of starts to the USL Championship season. In fact, they opened up to a pretty disappointing 5-0 loss to LA Galaxy II, before falling 3-1 to Sacramento Republic and then once again conceding five goals in a 5-1 loss to Phoenix Rising FC. Only two goals and conceding 13 for a -11-goal differential is less than ideal. In fact, Vegas is still recovering from that dim start as it carries with it one of the worst goal differentials in the league at -10, however, the Lights are starting to brighten as the season continues. Las Vegas has managed to win three of its last six matches, propelling the Sin City team to fourth in the Pacific Division, just above the playoff line. The resurgence has begun to swing momentum into the favor of the Lights, as the club picked up some critical wins over San Diego Loyal and Tacoma Defiance. Now Las Vegas Lights will test its mettle against the Juggernauts of the West, El Paso Locomotive FC.

After 67 games across all competitions (USL Regular Season, Playoffs, and Lamar Hunt U.S. Open Cup), El Paso Locomotive is rapidly approaching its 100th club goal. Currently at 92, the team is only eight goals away from putting away its centennial goal. A few players have been on a hot streak in scoring for Locomotive as of late with eight different players finding the back of the net this season. Midfielder Diego Luna and Forward Lucho Solignac lead the scoring with three apiece and feel like the front runners to find the 100th goal, however, Midfielder Dylan Mares, Forward Aaron Gomez, and Defender Macca King have each found two goals this season. At the end of the day, it's only one goal so the milestone club goal could land in front of any member of the Locomotive squad.

Did you think we were done talking about being undefeated just because of one lost road game? Not even close! Not only has Locomotive bounced back from its road loss to start laying the foundations of a new undefeated streak (two wins in two games), but the last time Locomotive lost at home was on July 24, 2020 against New Mexico United. On August 8, 2020, Locomotive kicked off a home undefeated streak that is still last to this day. Since that 4-2 win over Switchbacks FC at Southwest University Park, Locomotive has gone on to be unbeaten in 12 games (9-0-3) - 14 (9-0-5) if you include the playoff games against FC Tulsa and New Mexico United. Should Locomotive come out on top against Las Vegas Lights FC, it will be one step closer to going undefeated at home in over a year.