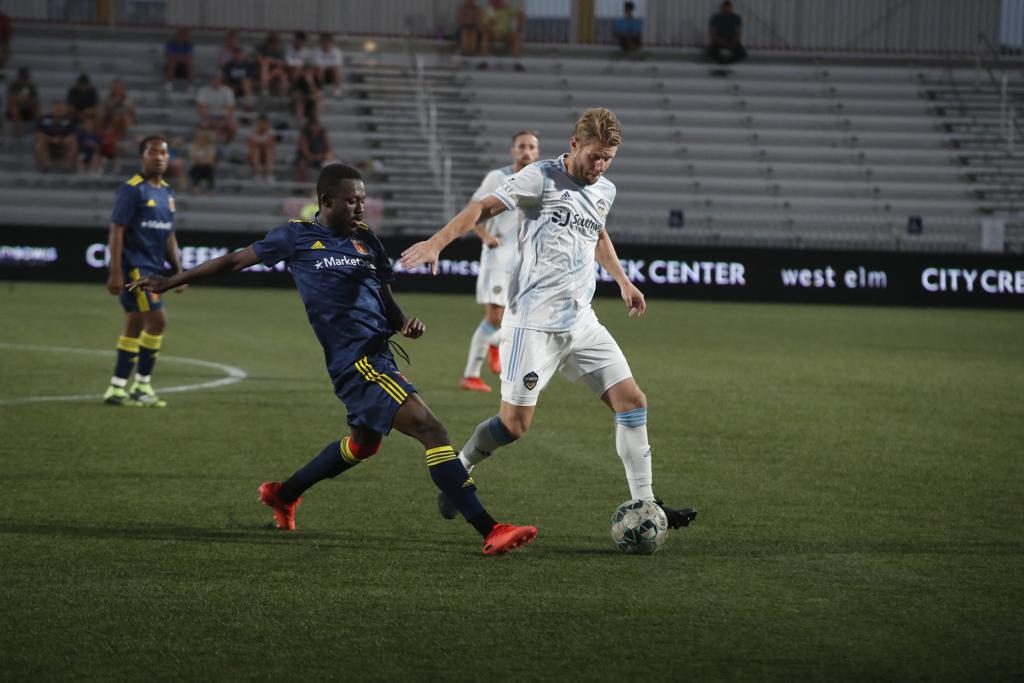 El Paso got off to a fast start, immediately putting pressure down on the Monarchs goal, showing its experience against a young squad. Defender Eder Borelli sent in a perfect pass to Solignac at the center of the box, who opened the scoring in the 9th minute. Monarchs came back 10 minutes later with a counterattack through Briggs that leveled out the scoring. The first half remained a deadlock as both teams fought for possession and opportunities as Midfielder Dylan Mares had the best chance for the Boys in Blue with a shot that forced Monarchs ‘keeper Jeff Dewsnap into a diving save.

While the Monarchs applied pressure through the second half, in the end it would be Locomotive that would run away with the victory. Gomez took a shot that was barely stopped by a Monarchs defender, but the expert follow-through from Luna provided the game-winning goal. Gomez would earn his goal later in the dying moments, with pace to make himself wide open for a cross from Lucho. Taking the bounce off the pitch, Gomez headed the ball over Dewsnap, securing the 3-1 win for El Paso Locomotive.

UP NEXT: El Paso Locomotive returns to Southwest University Park, playing host to Las Vegas Lights FC on Saturday, July 17th. Fans will be turning the stadium blue with the first 1,500 fans in the Stadium receiving a blue Locomotive t-shirt. Tickets are available online at eplocomotivefc.com/tickets or by calling 915-235-GOAL

ELP: Lucho Solignac (Eder Borelli), 9th minute: Served from the left side from Borelli, the ball landed perfectly at the feet of Lucho who took a quick turn on his marking defender, putting a soft touch on the ball to the far post, tucking away the first goal of the game.

SLC: Aris Briggs (Milan Iloski), 19th minute: Breaking away on the counter, Iloski lay the ball off to Briggs, who took the run with pace down one-on-one with Logan Ketterer. Dribbling the ball  just out of reach of Logan, Briggs took the shot on an open goal

- Midfielder Sebastian Velasquez made his first start in Locos Blue since his re-signing last week.