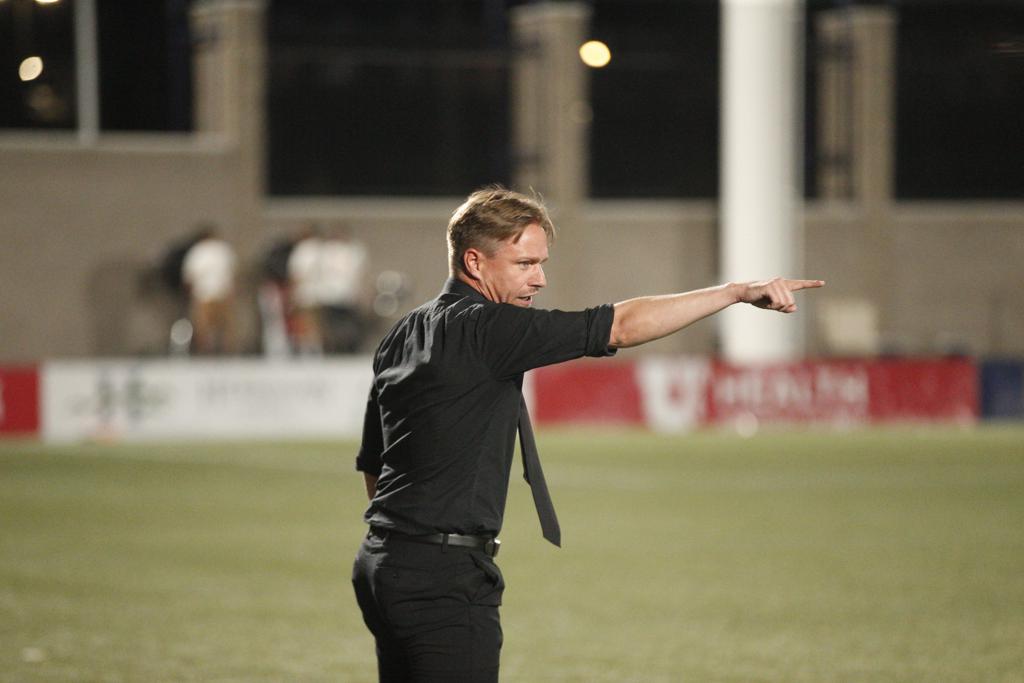 Well Saturday was fun, wasn’t it? All of us together at Southwest University Park, winning over New Mexico United. What do you say we do it again on the 17th? Anyway, for now, we travel to play Real Monarchs, so let’s break down Friday night’s game.

PREVIOUS MEETING: Locomotive got the better of Real Monarchs in the last outing in Mid-June, on a 2-1 scoreline. Aaron Gomez found a goal in the first minute to get Locomotive rolling to a fast start while Macca King doubled the lead in the 70th minute. Real Monarchs was able to pull one back with a freekick in second-half stoppage time, but it wasn’t enough to steal points from El Paso Locomotive.

How many times now have we seen the resolve and resiliency that the Boys in Blue have? Sure, the absolutely astounding 18-game undefeated streak may have come to an end against Rio Grande Valley last week, but just look at how the guys bounced back. Going down in the 41st minute against New Mexico United, but with the help of a sold-out crowd in Southwest University Park, rallied in the second half to come away with the 2-1 win. That’s not the first time we’ve seen Los Locos go down in the first half only to claim a win on a second-half surge either. The point is our boys never quit.

It makes sense but the top teams keep winning. The top three teams are all within one win of each other and fifth and sixth on the table are just a win beneath the playoff line. Should Real Monarchs continue to pick up points, they’ll put their name back in the race for a playoff berth as well. Teams in the Mountain Division just don’t have it easy. Locomotive is making itself comfortable in second place, having played fewer games than its opponents, but that doesn’t mean Mark Lowry’s squad can get complacent. Every point counts in our division, and I can tell you first hand, the Boys in Blue are eager to pick up every point it can this season.

After the 2019 season saw El Paso Locomotive and Real Monarchs on equal footing with two scoreless draws, the El Paso side has run away with the series record between the two. 5-0-3 in the all-time series including playoffs, Real Monarchs have not been able to top the juggernaut that is El Paso Locomotive within the last two seasons. In fact, those five wins that Locomotive holds over the Monarchs in the regular season have been in the last five games, including a 4-0 rout to end the 2020 USL Championship season and the 2-1 win last month.

When you travel to Herriman, you’re never sure who you’re going to face. Their team could be made up of upcoming hopefuls from the RSL Academy or it could be made up of quality professionals from the MLS First Team, Real Salt Lake. That alone makes their team a little unpredictable and hard to plan for. Either way, if there is one thing Locomotive is good at doing, it’s staying true to its own form of soccer. No matter what kind of team the Monarchs field against El Paso, Locomotive will do what it does best and make the game challenging for its opponent.