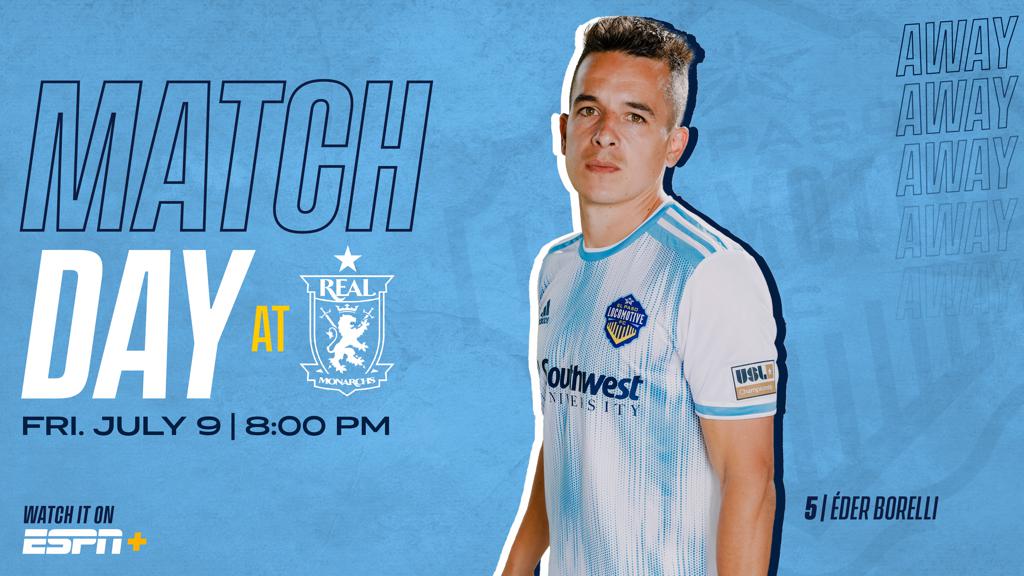 EL PASO, Texas (July 7, 2021) – El Paso Locomotive hits the road for an away game against Real Monarchs at Zions Bank Stadium on Friday. Kickoff is set for 8:00 p.m. MT and will be broadcast live digitally on ESPN+.

Following a two-game week, Locomotive has earned a small moment of rest before getting back to its fight for the top of the Mountain Division. Last Wednesday, the Boys in Blue suffered their first defeat since August 2020, falling on the road against Rio Grande Valley, however, their resilient character shined in a 2-1 win over New Mexico United on Saturday. Bouncing back from the road loss, Midfielder Dylan Mares scored two in rapid succession to down United. With momentum still squarely on the side of El Paso, the team now takes on a Real Monarchs side that has begun to take shape.

Similar to Locomotive, Real Monarchs are coming off a two-game week, having earned a win over New Mexico United with three unanswered goals last Wednesday before falling on the road to Colorado Springs Switchbacks FC last Saturday. In recent weeks, the Monarchs have begun to find their rhythm in their fight to keep their early playoff hopes alive. As the Mountain Division continues to be a rollercoaster of teams moving up and down the table, Friday offers another opportunity to pick up critical points that could affect the final stretch of the season in October.