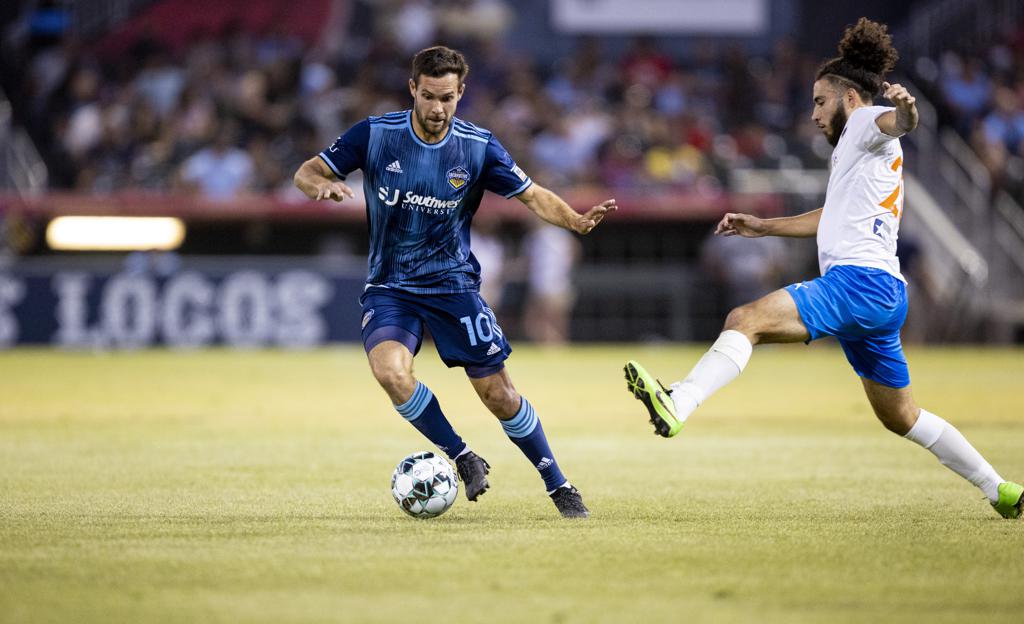 It feels like it’s been entirely too long since we have last had a game, right? What a long 12 days. But hey! We made it! Gameday is just around the corner, so let’s break down Wednesday’s match against the Toros.

PREVIOUS MEETING: Locomotive topped RGV earlier in the season with 1-0 on the scoreboard. Lucho Solignac scored the lone goal deflecting a clearance from RGV goalkeeper Tyler Deric in the 18th second – the fastest goal in Locomotive franchise history and the fastest goal scored so far in the 2021 USL Championship season.

Say it louder for the people in the back: 18-GAMES UNDEFEATED. Locomotive keeps rolling in games as it rapidly approaches the league record for the longest unbeaten streak in the regular season. Locomotive has not lost a regular-season game since the start of August 2020 and is currently the only undefeated team in the USL Championship. Now on the road against RGVFC, Locomotive is aiming to keep the streak going and to claim the record from FC Cincinnati.

As the 2021 season rounds the first corner, now a quarter of the way of through, El Paso Locomotive, Rio Grande Valley FC, and New Mexico United have made themselves forerunners early in the Mountain Division. While RGVFC currently holds the top spot, Wednesday’s night contest between RGV and Locomotive can shake up the table and have an impact on the top seed late in the season. Locomotive is currently only 2 points below RGV, so a win on Wednesday would move Locomotive to the top seed with games still in hand to create distance.

If Group F was the Group of death in the UEFA EURO, the Mountain Division in USL Championship is setting itself up to be the same. In Group F, four teams vied for two guaranteed spots into the Round of 16. In the Mountain Division, seven teams are duking it out for four playoff spots. Group F, the top three nations were only separated by a single point, with Hungary missing out barely by last-minute goals and results in another game. Mountain Division, the top four teams are separated by a single win with the next two teams nipping close behind two points shy. If the Mountain Division continues the way it is, the final few weeks of the 2021 USL Championship season will come down to the wire with dramatic soccer à la Group F EURO.

In the three years, El Paso Locomotive has played in the USL Championship, it has only visited Rio Grande Valley FC once. August 24, 2019, El Paso made the trip to H-E-B Park, only to fall narrowly behind an early second-half goal, 1-0. For the first time since that night, Locomotive makes the trip to Edinburg, Texas to revisit the Toros on their home turf. Both teams are vastly different from 2019 however, with Locomotive having now nearly three years of a culture built under it and Rio Grande Valley finding its form under returning Head Coach Wilmer Cabrera.