Six Games into the 2021 Season, Locomotive Has Yet to Fall 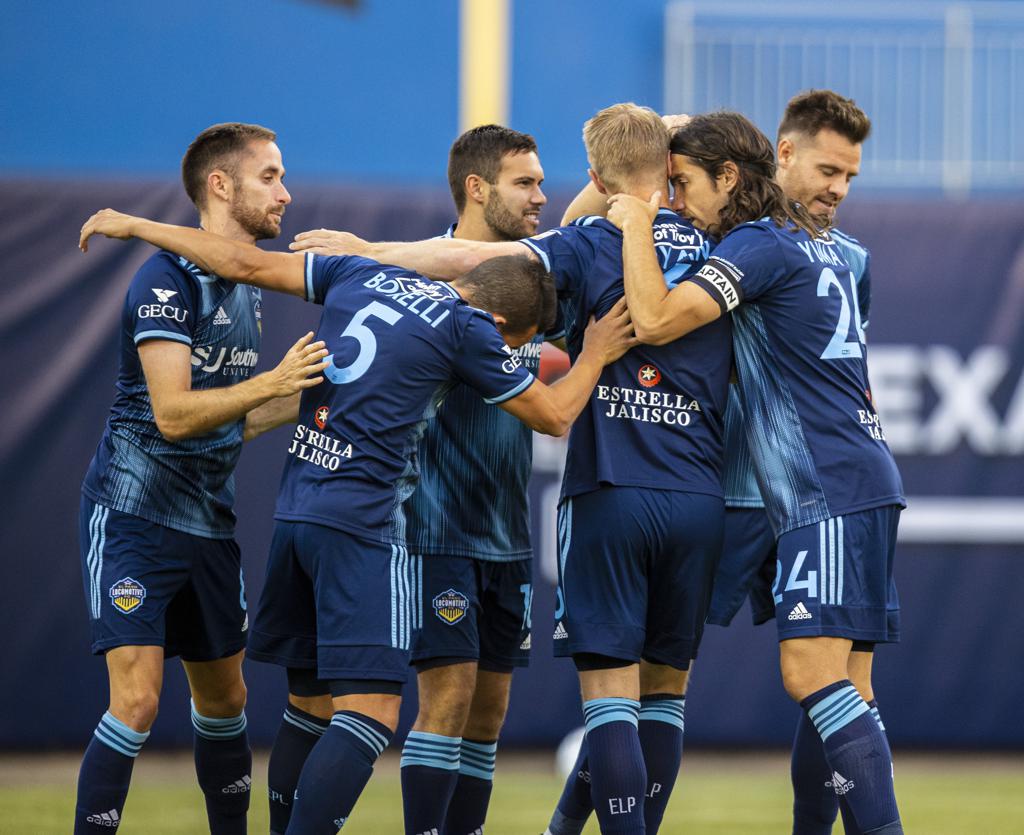 El Paso Locomotive has had an impressive start to its USL Championship season. In its opening six games of the season, the club has earned a record of 3-0-3 (11 points), a franchise-best start to a regular-season campaign so far. Following Hartford Athletic’s 3-2 loss to Charlotte Independence Sunday night, that record is also now the cleanest of the 31 Championship teams across the league.

94 games have been played so far after eight weeks of USL Championship action, and it already has been an exciting season. Through those 94 games, the league has seen upsets and surprises, including a 7-0 scoreline, Atlanta United 2 halting an FC Tulsa undefeated run, and 2020 USL Wooden Spoon winners* Loudoun United FC recording a 1-0 win over New Mexico United.

Through all the upsets and surprises so far in 2021, there has been one constant that fans have been able to rely on: El Paso Locomotive FC.

With three wins and three draws, El Paso Locomotive has continued proving that it is one of the best in the league as it looks to build off the success from its first two seasons.

“We want to be great. We strive for greatness; we are never content. That’s the attitude we have every single day,” said Head Coach Mark Lowry.

Truly, Locomotive has been striving for greatness. The six unbeaten games to stand as the only unbeaten team in the 2021 season extend an undefeated run that dates back to August 8, 2020. Starting with a 4-2 win over Colorado Springs Switchbacks FC, Locomotive has stayed unbeaten in the regular season 17 games later. That 17-game run puts the league record of 23 games – a record set by then USL Championship side FC Cincinnati in 2018 – well within reach. 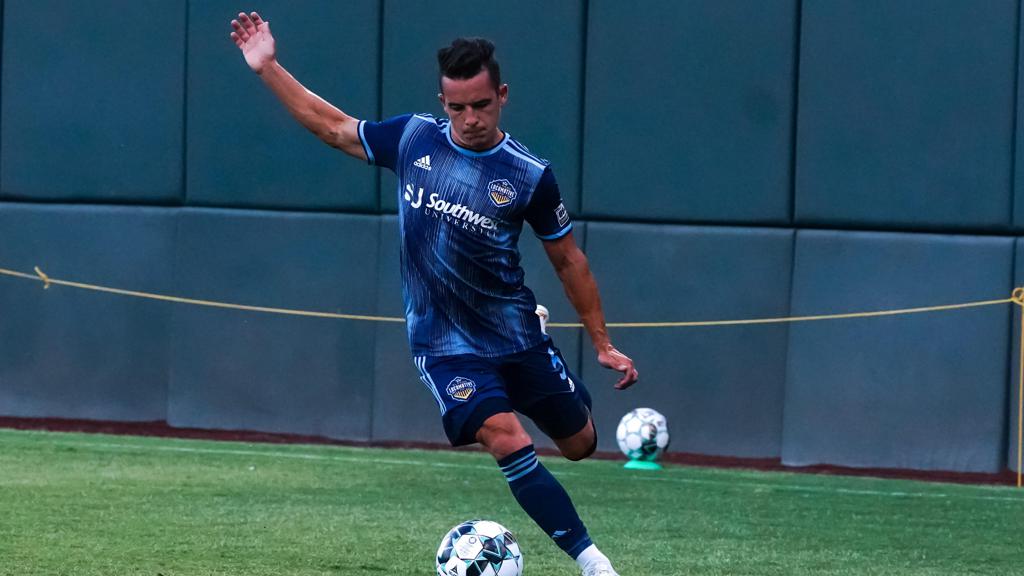 It’s a spectacular defense that has put that 23-game record into reach. Locomotive has put an emphasis on its backline, primarily made up of Yuma, Eder Borelli, Mechack Jerome, and Macca King with Bryam Rebellon and Matt Bahner making appearances as depth. Locomotive does not just rely on the back four either as the midfield regularly drops back to aid in defending the goal.

No matter who slots into that backline and the defensive midfield ahead of it, they will bring a passion and a determination that makes the goalkeeper’s job – whoever it is – easy. In his three games with Locomotive, Adrian Zendejas only faced five shots, while goalkeeping mainstay Logan Ketterer has faced eight.

“They’re so smart,” said Ketterer about the Locomotive defenders. “They understand what they are capable of doing. They understand their roles and there’s a burning desire inside each guy to block every shot and get in front of everything. That’s so fantastic to play in front of.”

“We don’t give teams many chances,” said Midfielder Nick Ross. “Whether it’s Adrian or Logan or anyone who is in goal, they will not have much to do. The way we play, the way we shut teams out, we are confident that we can keep a clean sheet every game.” 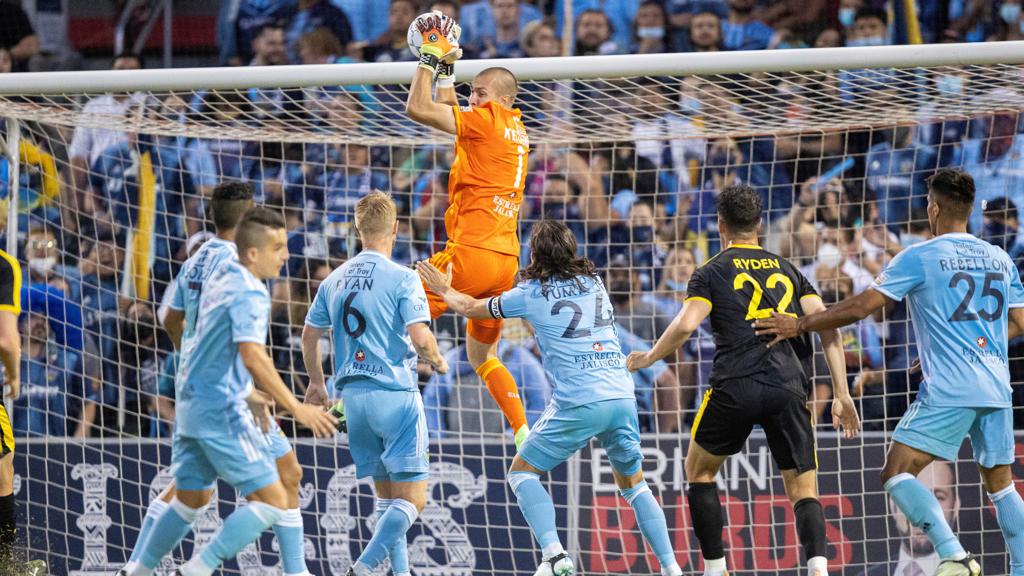 Notably, within the last six games of that 17-game stretch, Locomotive has continued to shine defensively - more so than usual. It’s that defense that has led to El Paso leading the league in clean sheets with four, all of which came in an impressive streak that left Rio Grande Valley, Sporting KC II, Austin Bold, and Indy Eleven off the scoreboard. Coupled with those four-straight clean sheets in six games, Los Locos also leads the league in fewest goals conceded with two – two less than its closest competitor, the 2020 Eastern Conference title winners, Tampa Bay Rowdies.

What Coach Lowry has built in EL Paso certainly is special. This record doesn’t come as surprise or an upset from anyone that has been paying attention to the Sun City team and it certainly not a surprise to any of the players on the squad.

“We’ve been like that for the last two years and haven’t really got any credit for it,” commented Ross. “We’ve kind of gone under the radar. We’ve been to two finals, and no one really talks about us, looks at us, and says we are one of the best teams in the league.”

With a league record on the horizon and an undefeated run to open the 2021 USL Championship season that has been carried over from 2020, heads may start to turn El Paso’s way. The defensive work is there, and there are chances on goal that can supplement it for wins. With the winning culture that Coach Lowry has instilled into the team from Day 1, the players know what is required of them:

A mentality to strive for greatness and a full team performance for 90 minutes in every game.

*The Wooden Spoon is an unofficial award given to the team that earned the least amount of points in a season.