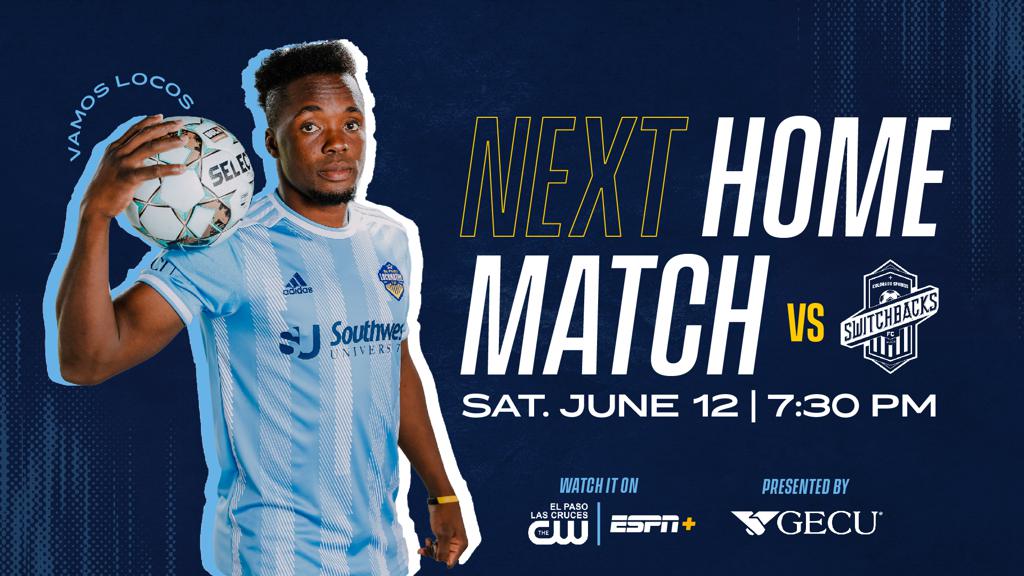 El Paso Locomotive is set to host Colorado Springs Switchbacks FC for a Saturday evening contest at Southwest University Park. Kickoff is scheduled for 7:30 p.m. MT with tickets available for purchase online and by phone by calling 915-235-GOAL.

Fans are encouraged to arrive early, as the first 2,000 in attendance will receive a free beach towel featuring Locomotive’s mascot, Ozzy.

El Paso Locomotive heads into the week just days after its 2-0 win over Eastern Conference opponent, Indy Eleven. On Wednesday night, Midfielder Nick Ross scored in the first two minutes while Midfielder Diego Luna extended the lead with his second goal in as many starts in the 49th minute. Meanwhile, Goalkeeper Logan Ketterer marked his return in goal with two saves and a clean sheet that made four games straight of leaving the opponent off the scoreboard.

Now with a series of impressive streaks to carry through the 2021 USL Championship season – including an unbeaten home record of 12-games – Locomotive will take on a Switchbacks side that has only recorded one win in four games. Switchbacks come to Southwest University Park after splitting the points on a 1-1 draw with San Antonio FC last Saturday. Looking to build some steam for the rest of the season and pick themselves up off the bottom of the Mountain Division, it will be a Switchbacks side eager to send a message against one of the top teams in USL Championship.