A Box-to-Box Performance Worthy of Team of the Week 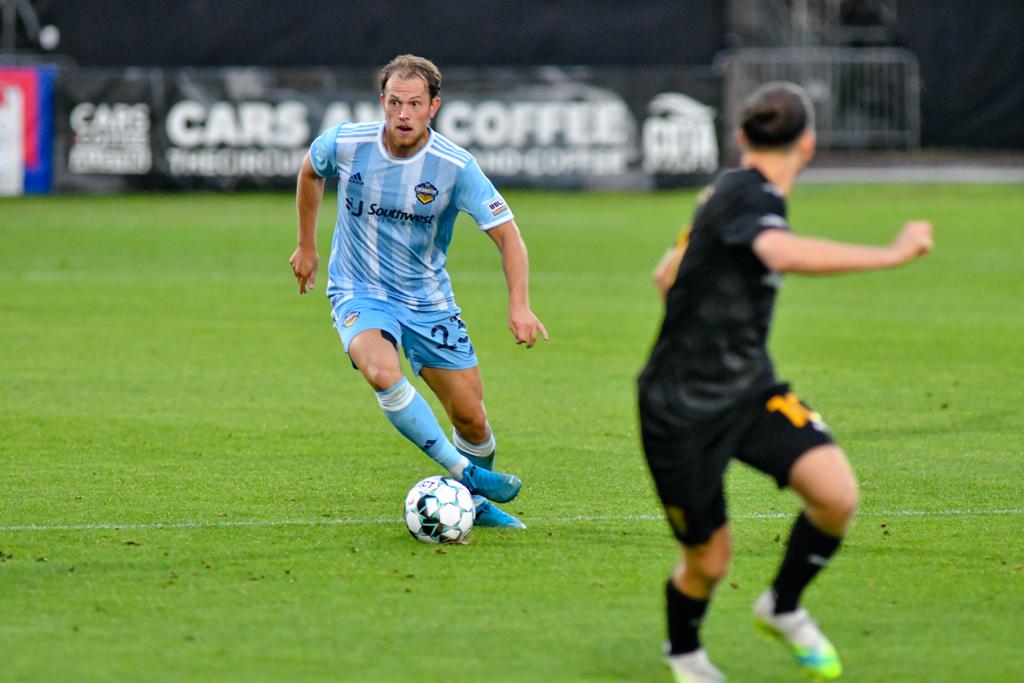 On Thursday, El Paso Locomotive played through a possession-oriented game to break down the Austin Bold numbers and claim a 1-0 victory at Bold Stadium. Throughout the match, a variety of Locomotive came up big with defensive stops and offensive plays, however, Defender Macca King’s box-to-box performance earned him a nod on the USL Championship Team of the Week for Week 7 – marking the second straight week a Locomotive player has been featured.

In the night, Macca led the team in passes and successful passes, completing 67 out of 78 passes to keep the ball moving for Locomotive. Defensively, Macca won 5 of 8 duels and completing 2 of 3 tackles. Paired with his two interceptions and four clearances, Macca’s work on the right side of the field helped keep Austin Bold to only one shot on goal.

Macca’s game involves him in the attack, moving up the right flank with dangerous crosses into the center of the box when the opportunity calls for it. That game paid off with an assist to Diego Luna’s first professional goal and completed an overall performance worthy of a Team of the Week nod.

See the full USL Championship Team of the Week for Week 7 below: 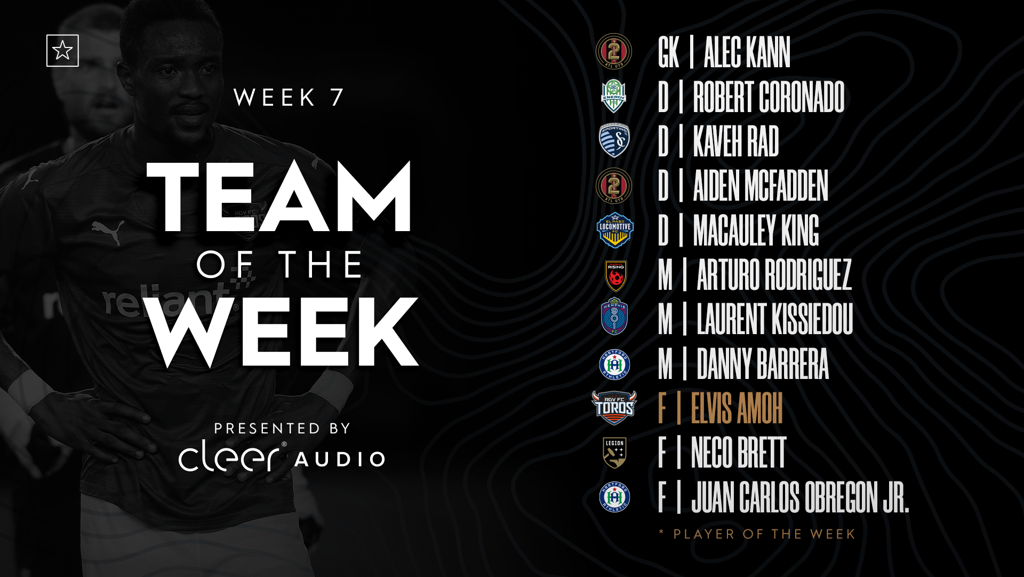 GK – Alec Kann, Atlanta United 2: Alec Kann recorded a seven-save shutout including a late penalty kick save to deny Louisville City FC’s Niall McCabe as Atlanta took a 1-0 victory on Sunday night, its first against LouCity in its history.

D – Robert Coronado, OKC Energy FC: Robert Coronado provided the assist for Energy FC’s game-tying goal in a 1-1 draw against Indy Eleven, and went a perfect 11 of 11 in duels while completing 3 of 3 dribbles and making four interceptions.

D – Macauley King, El Paso Locomotive FC: Macauley King provided the assist on Locomotive FC’s goal in its 1-0 win against Austin Bold FC on Thursday night, and completed 67 of 78 passes while winning 2 of 3 tackles and 5 of 8 duels.

M – Laurent Kissiedou, Memphis 901 FC: Laurent Kissiedou recorded one assist and two key passes, completed 27 of 31 passes overall, and won 7 of 10 duels as 901 FC claimed a 2-1 victory on the road against Indy Eleven on Saturday night.

F – Elvis Amoh, Rio Grande Valley FC: Elvis Amoh scored the second hat trick in Toros history to lead a second-half comeback for the visitors in a 4-2 win against Miami FC, while finishing the night with five shots.