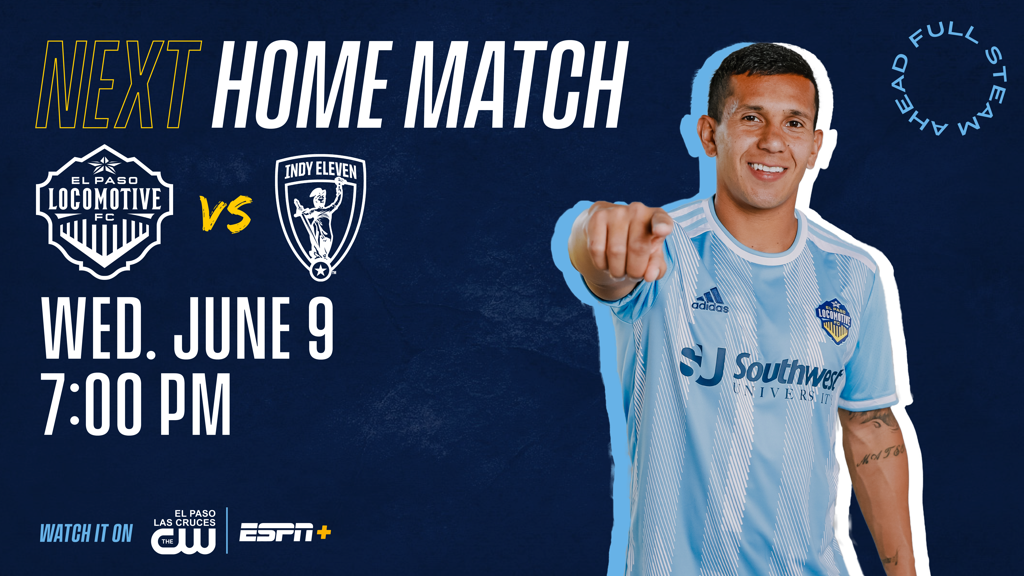 El Paso Locomotive makes its return to Southwest University Park where it is currently undefeated in the last 11 games (9-0-2) to host Indy Eleven of the Eastern Conference. Kickoff is set for Wednesday at 7:00 p.m. MT. Tickets are available for purchase online or by phone by calling 915-235-GOAL.

After the weekend's USL Championship action, Locomotive is now one of just two teams left undefeated across the league. With a record of 2-0-2 after four games, El Paso has come away with a point against Sporting Kansas City II and New Mexico United while claiming 1-0 victories over Rio Grande Valley FC and Austin Bold FC. Most recently, it was the first professional goal for Midfielder Diego Luna that secured three points over the Bold.

Now Locomotive takes on its next challenge, an unfamiliar Eastern Conference foe, Indy Eleven. The boys in blue will be looking to be at nearly full-strength with Goalkeeper Logan Ketterer back in goal after his loan to the Portland Timbers of MLS. Locomotive currently leads the league in the fewest goals conceded with only one, while Indy Eleven has managed to find seven goals across six games this season. Indy Eleven will be coming to Southwest University Park with fire in their eyes after falling 2-1 against Memphis 901 FC, truly testing the 9-0-2 record that Head Coach Mark Lowry and his squad have built in El Paso.