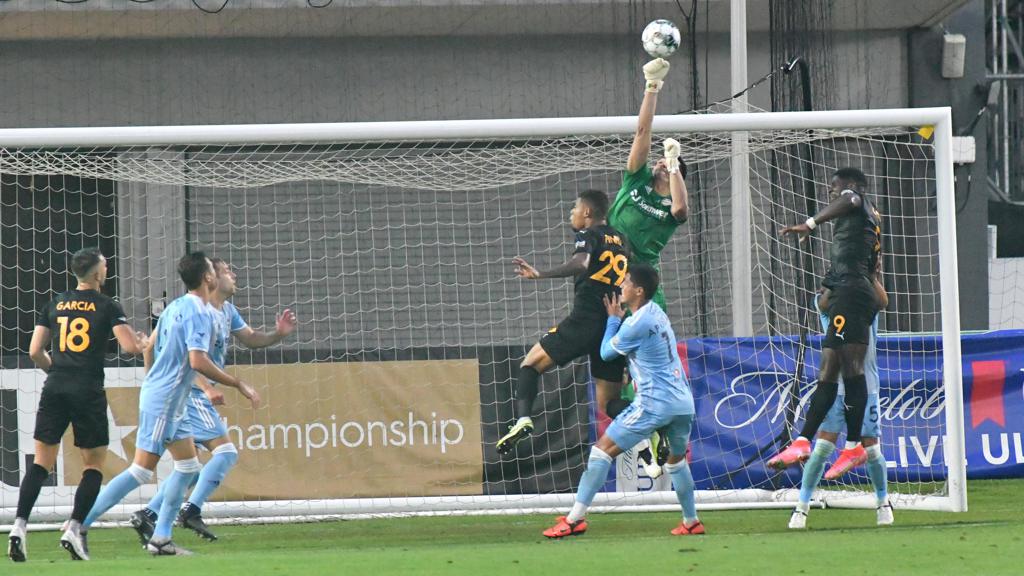 El Paso Locomotive FC claimed all three points on the road with a 1-0 win over Austin Bold at Bold Stadium on Thursday. Midfielder Diego Luna recorded his first professional goal in his first career start while Goalkeeper Adrian Zendejas saved the one Austin Bold shot on target to keep his third clean sheet in a row.

Playing on a wet surface after days of rain in Austin, Texas, the match got off to a quiet start with both teams getting a feel for the field and one another. Locomotive dominated possession with a passing game through the opening 15 minutes, finding the most threatening chance in the 23rd through Midfielder Bryam Rebellon, who connected a header from a corner that went just wide. As Bold began providing more of a threat in the first half, the Locomotive defense did what it does best and kept Austin to only one shot on goal.

The match opened in the second half, with Locomotive still dominating possession in the game. Locomotive broke the stalemate with Luna finding his first professional goal, connecting a headed effort to the far post after Defender Macca King lobbed the cross into the box. Bold started its counter, however, a late-game Zendejas save kept Austin off the board, securing not only the full three points on the road but the third clean sheet in a row for El Paso Locomotive.

UP NEXT: El Paso Locomotive returns for another midweek game when it hosts 2019 Eastern Conference finalist Indy Eleven at Southwest University Park. The match is set for Wednesday, June 9 with kickoff scheduled for 7:00 p.m. MT. Tickets are available at online at eplocomotivefc.com/tickets or by calling 915-235-GOAL.

ELP: Diego Luna (Macca King), 56th minute: In a play that started in the midfield, Lucho Solignac sent a ball forward to find King on the right wing. King sent the cross to the far post where a running Luna connected the headed effort low. The ball took the bounce off the ground out of reach of the Bold Goalkeeper, finding the game-winner just before the hour mark.

- Diego Luna recorded his first professional career, putting away a headed effort to the far post just before the hour mark.