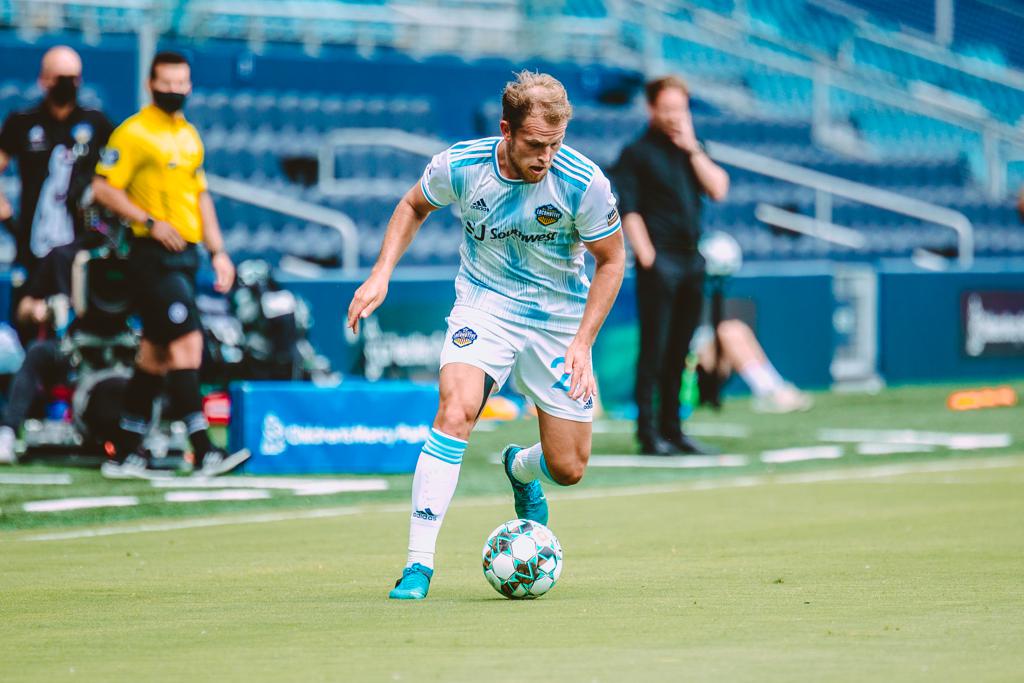 PREVIOUS MEETING: Locomotive and Austin Bold FC have not played one another since their shared inaugural 2019 season. In mid-October of 2019, the two met at Southwest University Park, splitting the points on a 1-1 draw following a penalty conversion by Sebastian Velasquez for Locomotive and the equalizer by André Lima for Bold.

After three games to open the 2021 USL Championship season, El Paso Locomotive is left as one of four teams undefeated with a record of 1-0-2. Starting with a 1-1 draw against their heated New Mexico United rival, Locomotive went on to claim a 1-0 win over Rio Grande Valley to snap their three-game win streak before securing a point on the road in a clean sheet against Sporting Kansas City II. Now with three games under their belt, the boys in blue travel to Austin to resume the Copa Tejas competition.

El Paso and Austin have not faced one another since 2019 when both entered the league as the newest expansion teams. In their first season, the two played to a scoreless draw at Bold Stadium in late April before they split the points again on a 1-1 draw in mid-October. With the league opting to do Group play in a condensed 2020 season, Locomotive and Bold didn’t see each other on the pitch after being placed in different groups.

TEAM OF THE WEEK CALIBER

Contributing to the second clean sheet in three games, Locomotive Defender Yuma was selected for the USL Championship’s Team of the Week for Week 6. Yuma’s stellar performance against Sporting KC II (94/99 passes completed, 5/6 duals won, and 10 times possession gained), makes him a player to watch going into the match against Austin Bold. As Locomotive begins to find more of its regular-season rhythm, expect more players to start highlighting the weekly accolade.

In the last week, Austin Bold secured its first win in its third game of the season. Bold kicked off the season in a 3-1 loss to New Mexico United before playing back-to-back games against the 2019 USL Championship title winners Real Monarchs. In Utah, the two played to a 1-1 draw before Austin downed the title winners in a 2-0 victory. Bold will now test its momentum against a Locomotive squad that has yet to drop all three points in the 2021 season.

Locomotive is playing a tight schedule, having played against Sporting KC II on Sunday, the squad will play against Austin this Thursday before playing again less than a week later against 2019 Eastern Conference finalists Indy Eleven. With such a quick turnaround of games, look to Head Coach Mark Lowry to consider using the quality on the bench, rotating players through the Starting XI to keep legs fresh.