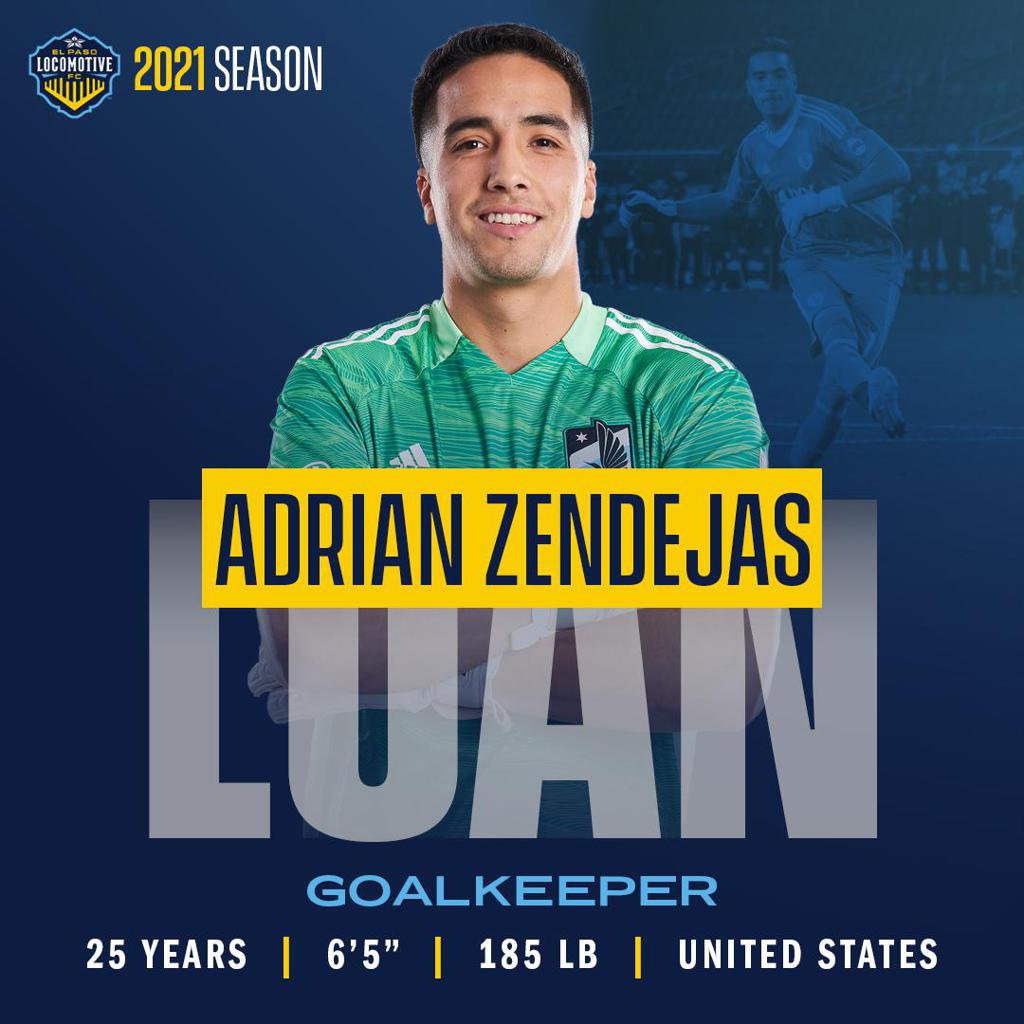 “As we enter a period of uncertainty with lots of games coming up and the transfer window closing on June 1, it was important for us to cover all possibilities,” started Mark Lowry, Locomotive Head Coach and Technical Director. “Our job is to always protect the integrity of this club and make sure no matter what scenarios present themselves in the next couple of weeks that we are prepared, in control, and we continue to be competitive every single day and win games. We want to thank Minnesota United for helping us push this through with Adrian and are excited for what he can offer the group over the next few weeks.”

Zendejas, 25, comes to El Paso with extensive experience at the USL Championship level. The California native made his professional debut with USL side, Sporting Kansas City II helping lift the club to two USL Cup finals (2016, 2017). After his standout performance in the 2016 season with SKCII, Zendejas signed with its MLS parent club, Sporting Kansas City, where he made appearances in the 2018 U.S. Open Cup, shutting out Real Salt Lake in a 2-0 victory, and notching five saves against FC Dallas to secure a 3-2 win in the Round of 16. In 2019 and 2020, Zendejas was traded to Nashville SC before being traded again to Minnesota United where he is currently signed.

Zendejas joins El Paso Locomotive ahead of its Saturday, May 22 matchup against Copa Tejas rival, Rio Grande Valley FC at Southwest University Park. Kickoff is set for 7:30 p.m. MT and tickets are available at eplocomotivefc.com/tickets or by calling 915-235-GOAL.