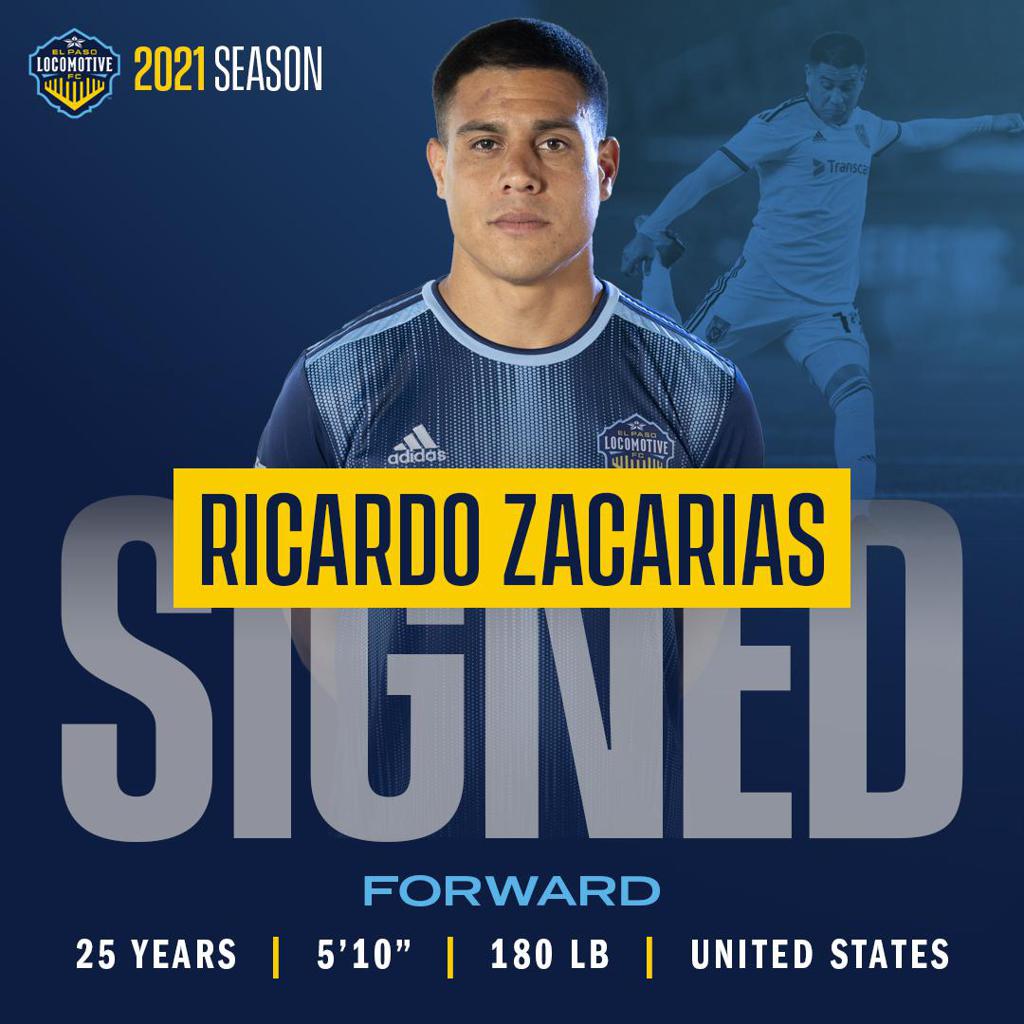 “Ricardo is fully deserving of his place on this team,” said Mark Lowry, Locomotive Head Coach and Technical Director. “He has worked incredibly hard over preseason and has shown an incredible team-first attitude. We are delighted to make this official.”

Zacarías, 25, spent the 2020 season in USL League One with Chattanooga Red Wolves, where he recorded two goals across 14 appearances in the condensed season. Prior to his time in League One, Zacarías spent five years in Mexico, earning a spot following an open tryout with Liga MX powerhouse Club América. In the five years in Mexico, the 25-year-old forward played in the Liga Premier, featuring for teams such as Club América Premier, Irapuato, Coras De Nayarit, and most recently, La Piedad.  During the 2021 preseason, Zacarías has been training alongside Los Locos and making appearances as a trialist in preseason games.

Zacarías will be ready to join El Paso Locomotive when it takes on Texas rival, Rio Grande Valley FC, this Saturday in a revival of the Copa Tejas supporter tournament at Southwest University Park. Get your tickets at eplocomotivefc.com/tickets or by calling 915-235-GOAL.