Everything You Need to Know Ahead of Saturday's Copa Tejas Revival 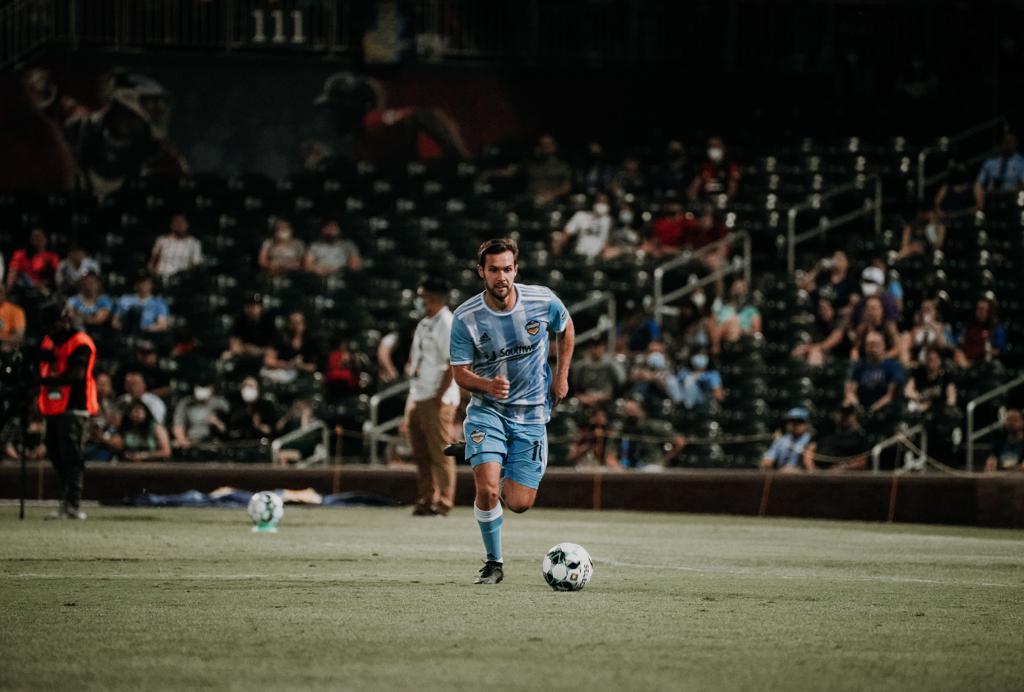 El Paso Locomotive FC revitalizes the supporter-run Copa Tejas tournament against its South Texas rival, Rio Grande Valley FC. Here is everything to know ahead of Locos versus Toros on Saturday:

PREVIOUS MEETING: Kicking off the return to play in 2020 after the temporary hiatus, Locomotive and RGVFC met at Southwest University Park. A quiet and slow first match turned into the Locomotive show in the second half, with El Paso throwing shots towards goal that paid off late in the 83rd minute through Dylan Mares’ goal that slid into the bottom left corner off his second touch.

Forward Leandro Carrijo’s stoppage-time goal against New Mexico United in the home opener kept alive the Locomotive home undefeated streak. Having not lost a game at Southwest University Park since July 24, Locomotive now stands with a home record of 8-0-2 including playoffs. With another game set to be played in El Paso, Los Locos will have another opportunity to extend the undefeated streak.

In 2019, the Copa Tejas supporter tournament was born – a round-robin competition between the four USL Championship Texas teams played throughout the season. Austin Bold FC lay claim to the title in its inaugural year and held on to the title through 2020 after the group divisions in return to play saw Locomotive separated from its Texas rivals. The USL Championship Copa Tejas returns in 2021 with Locomotive playing its first match in the tournament against Rio Grande Valley FC on Saturday.

Rio Grande Valley FC has started off the season with their strongest opening since their inaugural 2016 year. After three games, the Toros have claimed all nine points with arguably upset victories over New Mexico United (1-0), San Diego Loyal (1-0), and San Antonio FC (2-1). RGVFC has been tearing through its competition as a dark horse, making them a team to beat in the early stages of 2021.

In a quick turn of events, Locomotive goalkeeper Logan Ketterer left El Paso on an Extreme Hardship loan to Major League Soccer side, Portland Timbers. While the El Paso shot-stopper makes waves in the Pacific Northwest, it leaves a question mark of who will start in goal for El Paso going into Saturday’s contest against Rio Grande Valley FC. 19-Year-Old Marco Canales made an appearance on the lineup in the home opener against New Mexico United, could this be the opportunity for the loanee from FC Juarez to make a professional debut? GK Javier Beker is also no stranger to the Locomotive style of play, having been with the team since 2019 on the training fields. Another option is for Head Coach Mark Lowry to shop around for a more experienced goalkeeper to bring into the fold for the time being. Only time will tell who will anchor the defensive third for Locomotive on Saturday.

El Paso Locomotive and Rio Grande Valley FC have met three times since 2019, playing to an even 1-1-1 (4 points) record. The 2019 season saw Locomotive split points on a 2-2 draw at home against the Toros, before falling 1-0 on the road later the season. Los Locos leveled out the series behind a 1-0 win courtesy of a late-game goal midfielder Dylan Mares in the first game back in Return to Play in 2020. When the two sides meet this Saturday, it will be to take control of the All-Time Series between the two sides, pitting a nine home game undefeated streak against a three-game winning streak.