Aaron Gomez Returns to Locomotive for a Third Season 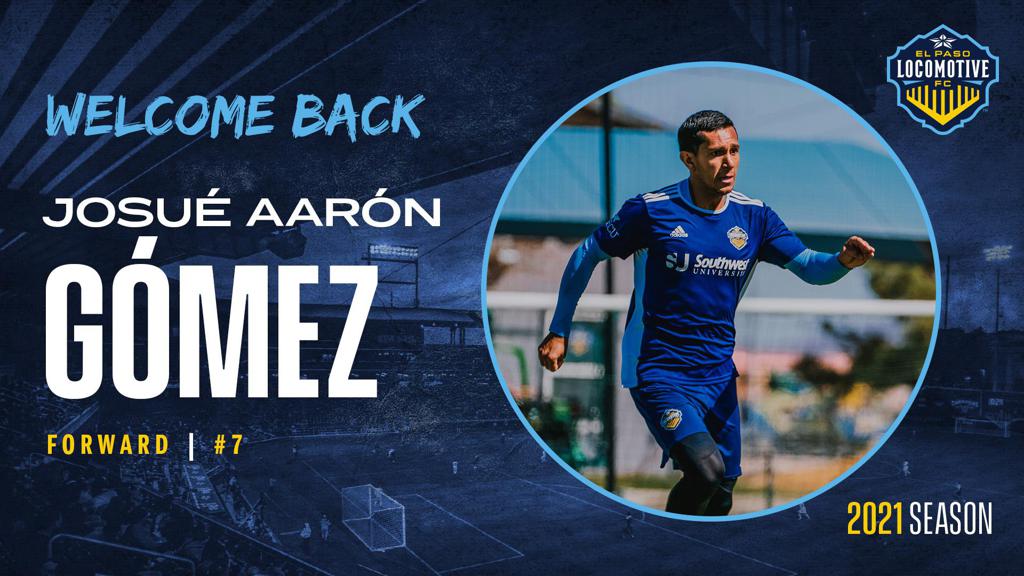 “We are super happy to have Aaron Gomez back,” shared Mark Lowry, Head Coach and Technical Director of Locomotive FC. “We truly consider him part of the family. We love his work, commitment, and desire on the field to win games for Locomotive. He embodies what I want in a Locomotive attacking player. Always trying to score, but always the first player to run and defend for the team.”

Gomez, 26, has made a tremendous impact since joining El Paso for its inaugural run in USL Championship. Through 2019, Gomez made himself one of the leading goal scorers for Locomotive, recording six goals in just 17 appearances. The Mexico-born forward only improved on his overall performance in 2020, helping lift the team to a second straight Western Conference final appearance with five goals and two assists in just 16 appearances.

Through the 2021 Preseason, Aaron Gomez has shown he hasn’t lost a step since the end of 2020 USL Championship season. In the first preseason friendly against New Mexico United, Gomez recorded the opening goal and added two more to that tally against Colorado Springs Switchbacks FC on Sunday.

Join El Paso Locomotive FC when it returns to action for its third season in the USL Championship. Locomotive kicks off the season at home at Southwest University Park against its heated rival New Mexico United on May 8. Sign up for the Locomotive ticket waiting list for priority purchasing for Locomotive games or lock in your seat by visiting eplocomotivefc.com/seasontickets or by calling or texting 915-235-GOAL.