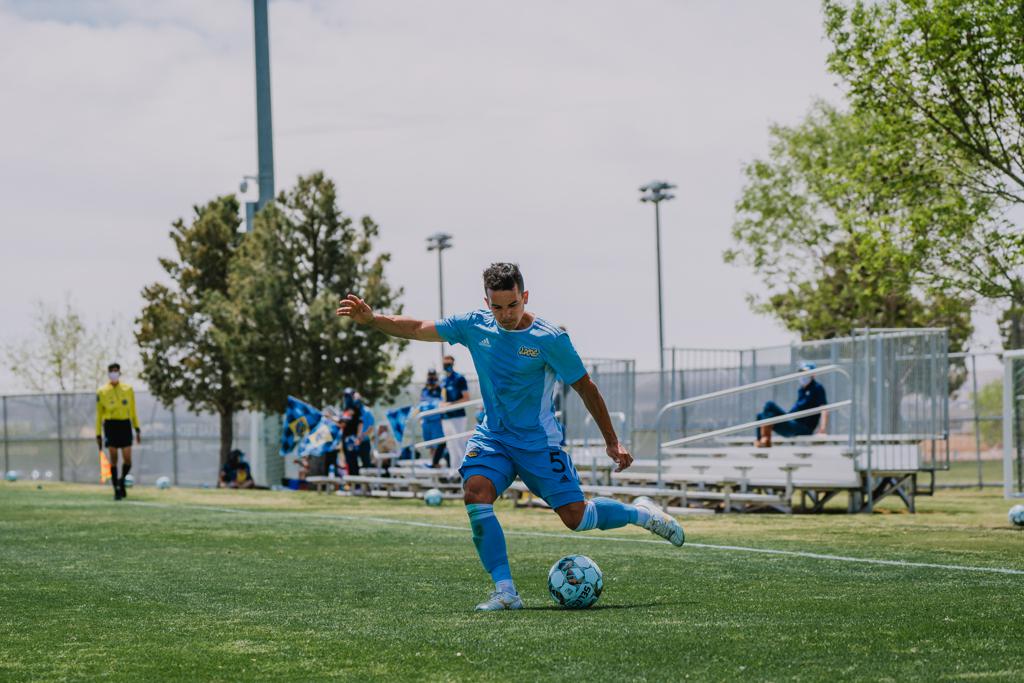 “The guys played with a lot of enthusiasm and a lot of determination,” started Mark Lowry, Head Coach and Technical Director of El Paso Locomotive. “The intensity of our play was really good, both with and without the ball. Some of our attacks, our pace, quick passes, combinations around the box, creating good chances, but also our work recovering the ball was particularly pleasing. We spent a lot of time in their half but that’s because we were able to recover the ball quickly and start a new attack. I’m very happy with today.”

El Paso got off to a rapid start, finding its opening goal within the first two minutes of play. Fast-paced passing to cut the ball over from Defender Macca King to the trialist at the top on the left side threw the Switchbacks off their tracks early on to sneak in the opening goal. Locomotive maintained momentum throughout the first half, finding opportunities towards goal with counterattacks and creative ball play from Forward Luis Solignac, however the second goal before the break would come from Mares, who simply tapped in the ball from a low cross from Midfielder Nick Ross.

Quickly in the second half, Mares would assist the trialist in finding a second goal, driving the ball down the middle of the Switchbacks FC defenders, giving the familiar trialist a 1v1 opportunity that was easily converted. Solignac nearly extended the Locos lead to four with a great pairing with Borelli, but was caught offside by the ref, and while Locomotive held off Switchbacks for the majority of the match, the Colorado Springs team did not go down quietly, finding one goal to keep from being shutout.

El Paso Locomotive FC now moves on to the next series of preseason matches ahead of its season opener on May 8th, taking a trip east to Dallas, Texas to play North Texas SC and FC Dallas.