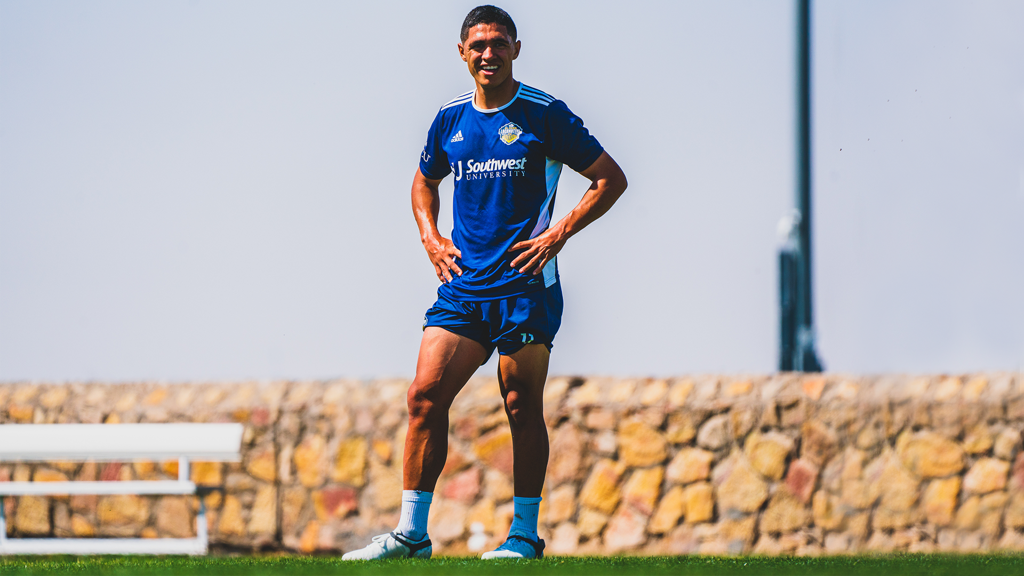 El Paso Locomotive completed its Tucson, Arizona run of preseason games on Wednesday with a 5-0 drumming over FC Tucson. Newcomers to Locomotive shined as Forward Aidan Apodaca led the scoring with three goals to secure the hat-trick, while Midfielders Diego Luna and Jose Aguinaga rounded out the scoring with a goal apiece.

“Today was a great game for the team,” started Mark Lowry, Locomotive Head Coach and Technical Director. “We gave our young players lots of minutes, and we saw great production from Aidan getting a first half hat-trick. The work from everyone was superb. Not just in the chances we created and the goals we scored, but the running and aggression the guys showed to chase the ball and hunt it down. This is what Locomotive soccer looks like.”

While the opening moments of the game saw some back-and-forth, the goal scoring floodgates were quickly opened by Apodaca who connected well with Luna and Forward Leandro Carrijo to beat the FC Tucson goalkeeper at the near post for the first goal. Luna found the Locomotive goal soon afterwards making a pass to Aguinaga who one-touched the pass back for Luna to find the back of the net.  Apodaca kept the goal scoring rush going with a brace, curving a rocket of a goal into the far top corner, well out of the ‘keeper’s reach.

Shortly before the end of the first half, Aidan Apodaca secured the hat-trick by sending the ball over the goalie for the easy goal. Though the game slowed down considerably in the second half, Jose Aguinaga would add his name to the list by putting away a cross from Defender Eder Borelli at the far post with a header.

FC Tucson began shifting momentum in their favor, but it wouldn’t be enough to get past the stout Locomotive defense as the backline including Defenders Matt Bahner and Mechack Jerome cut down the angles with a pair of trialist goalkeepers making big saves to keep Tucson off the scoreboard.

With the Tucson run of games completed, El Paso Locomotive ventures into the second half of preseason games with only a few remaining against Colorado Springs Switchbacks FC , North Texas SC and FC Dallas.

“We are happy with where we are at going over the halfway point of preseason, but we are not content” stated Lowry. “We speak every day about trying to get better and never settling for what we have achieved in the past. We area group that is all in, all the time. Preseason, in season, and in the playoffs, we put the same intensity and effort in. It’s the only way we know how to play.”