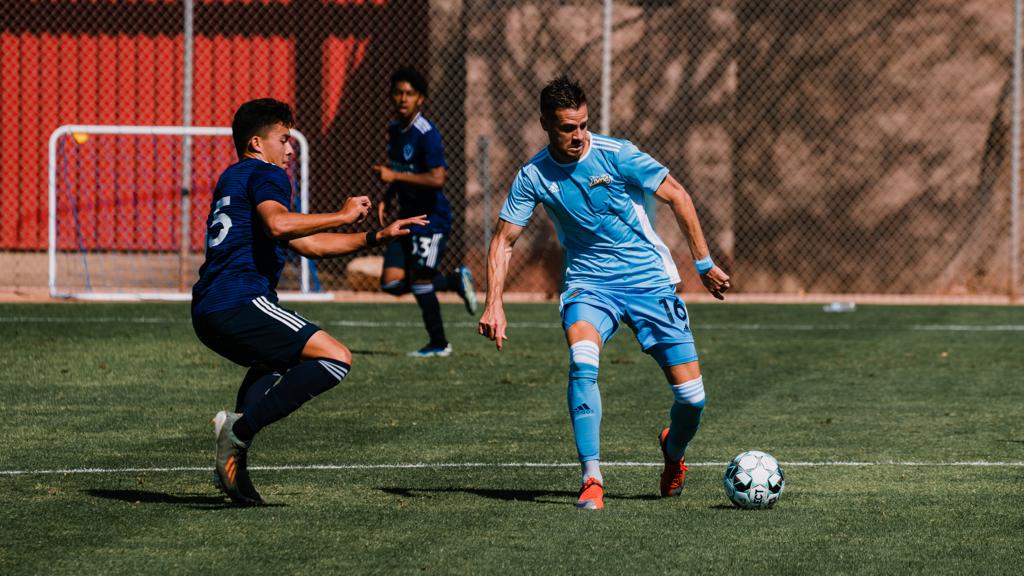 El Paso Locomotive passed the halfway point on its preseason journey to the 2021 USL Championship season with a 0-1 loss against Major League Soccer side LA Galaxy in Tucson, Arizona on Saturday.

The El Paso side came out of the gate strong, making quick work with passing and runs against the LA Galaxy defense. In the opening 10 minutes, Locomotive dominated possession in the opposing half, creating key chances with a pass through the defense from midfielder Dylan Mares that found Forward Aidan Apodaca while minutes later, Midfielder Nick Ross sent a low cross towards the center. In what turned out to be the story of the game, the LA Galaxy defense came up strong, making massive saves to keep Locomotive out of goal.

The creativity of El Paso Locomotive continued to shine throughout the 90-minute preseason scrimmage, as Los Locos out dribbled their opponents with back heel passing and fast feet. In the end it was one late blunder on the backline that led to an opening for LA Galaxy in front goal after a cutback pass put a goal into the top right corner. Goalkeeper Logan Ketterer would let that be the one and only for LA Galaxy however, making back-to-back saves just before the ref called for the final whistle.

The two sides ended the scrimmage with a mock penalty shootout, which saw Locomotive convert all but one shot while the Galaxy sent Ketterer the wrong way to take the penalty shootout win 5-3.

With four out of eight games on the preseason slate in the books, Lowry and his Locomotive squad is set for another quick turnaround on a busy week, returning to Tucson take on USL League One side, FC Tucson on Wednesday.