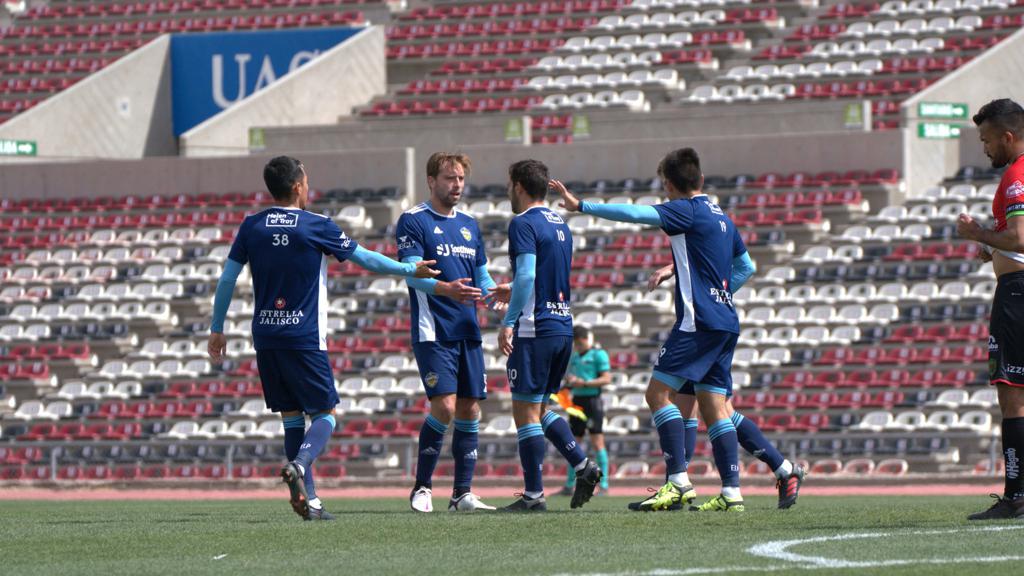 El Paso Locomotive FC fell 1-2 against its Borderland sister club FC Juarez just south of the border on Wednesday in a preseason friendly. Midfielder Chapa Herrera recorded the lone Locomotive goal in the first half, before Juarez scored two unanswered in the second half to clinch the win.

“The first half was great,” began Head Coach and Technical Director Mark Lowry. “There was good fitness from the guys, FC Juarez showed up and was a very good team, and it made for a very enjoyable very competitive game. There were some tackles out there and neither team wanted to lose but that’s the best way to play, to develop the relationship across the Borderland, and for us to develop our preseason progress. I’m disappointed not to win, that’s always the case, but all-in-all a really good game.”

Locomotive kicked off the preseason game on the front foot, dominating in possession and passing, paying off in early attempts on goal through Forward Leandro Carrijo and Midfielder Dylan Mares. On the opposite end, Goalkeeper Logan Ketterer and his backline held off any Juarez attack to keep the game level. Just past the half-hour mark, Los Locos found the breakthrough through Herrera, who cleaned up a shot by Mares that was deflected out by the Juarez ‘keeper.

Going into the second half, Coach Mark Lowry began to play new faces for his squad, putting in trialists throughout the match that included some Locomotive Youth Soccer Club hopefuls. Throughout the half, Locomotive was able to put in solid chances towards goal thanks to a strong pairing of Forwards Aidan Apodaca and Luis Solignac with support from Herrera and a trialist, but the Locos attack was unable to find the insurance goal needed. In the end, the experienced Juarez side slipped in two goals to take the advantage unanswered, clinching the preseason win for the Bravos.

El Paso Locomotive continues its preseason set of games on Saturday when it plays a rematch against FC Juarez.