Locomotive to Kick Off Third Season at Southwest University Park 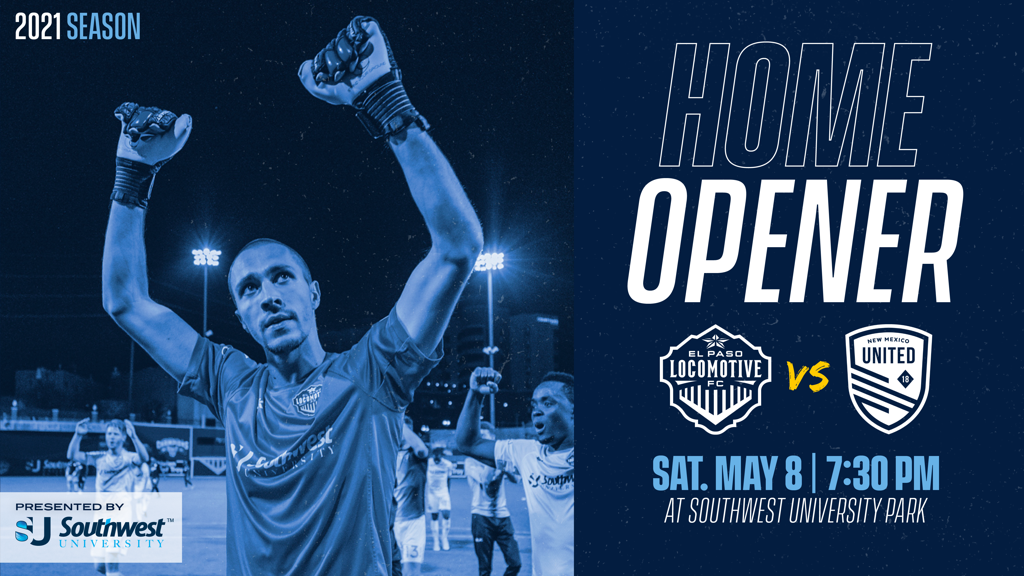 EL PASO, Texas – March 23, 2021 – El Paso Locomotive FC alongside USL Championship unveiled its home opener for Saturday, May 8 when it welcomes its regional rival New Mexico United to Southwest University Park. The match presented by Southwest University is scheduled for an evening kickoff at 7:30 p.m. MT.

After a successful second year with USL Championship that saw Locomotive FC make a second straight Western Conference final, the Sun City team is ready to kick off a third campaign towards bringing a championship trophy to El Paso. The home campaign kicks off with the renewal of the intense regional rivalry against New Mexico United, with whom Locomotive holds a 1-2-3 regular-season record after six matches.

Through the 2020 season, El Paso hosted New Mexico four times at Southwest University Park in the regular season. Throughout the four encounters, Locomotive drew a record of 1-2-1, earning its first win behind a 3-2 victory in September. After topping United on the Group C table by five points, the 2020 series culminated in a Western Conference semifinal showdown that saw United forced to bow out of the playoffs following a penalty shootout.

Since the deciding semifinal, the two sides have met in a preseason friendly that saw Locomotive claim yet another victory over United. A Locomotive trialist equalized the scoring moments before the halftime break while a goal from forward Leandro Carrijo just past the hour mark provided El Paso the lead for the 2-1 win.

2021 season tickets are now available for you to lock in your seats for the full Locomotive third season! Join Head Coach Mark Lowry and his Locomotive squad as they campaign to bring a trophy to El Paso. Lock in your Season Ticket Membership by visiting eplocomotivefc.com/seasontickets or by calling/texting 915-235-GOAL and enjoy world-class Championship soccer at Southwest University Park!