Team First: The Attitude and Mentality of Success

Through two incredible and successful years in the USL Championship, El Paso Locomotive has undoubtedly built a winning culture in the Sun City. During the second season when El Paso made a second straight Western Conference Final appearance, something accomplished only by a handful of teams in the past, Mark Lowry demonstrated this winning culture. In his two years at the helm of Locomotive, both as Head Coach and Technical Director, Lowry has brought in players of a certain caliber to fit and grow the sense of community in the locker room.

Before Locomotive even kicked a ball for the 2020 season, Mark Lowry gathered his players in an orientation meeting. In that meeting, one point the man in charge made sure was understood was a new team mantra of “We, Not Me.” It’s not just about the individual, it’s about the group and that is not limited to just the 11 players that are on the field, but the entire depth of the roster.

“I’ve learned so many things each season as a head coach,” stated Lowry, “but the one thing that I’ve learned that really resonated with me over all these years – now more than ever – is to be truly successful it’s the culture, the environment, and the team chemistry that takes place off the field. The ‘We, Not Me’ phrase really encapsulates that. We want people who put the team above themselves in everything we do whether that’s in training, during the game, the first or last minute of the game, in the team meetings, at the table, cleaning up after a meal, or in the locker room. Guys who really put themselves out there, who are ready to go above and beyond for the team, and put the team’s success above their own.” 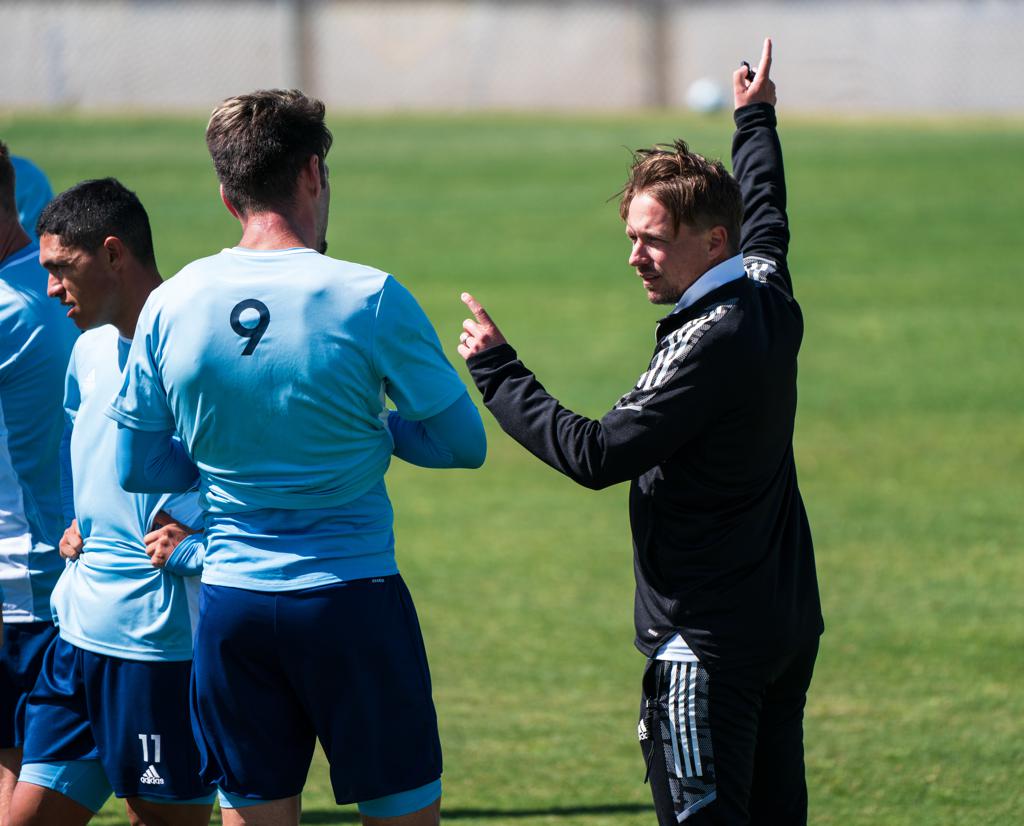 The club has certainly found its success in the first two years, and there is credit to be given to the players and the coaching staff in El Paso. The team has won games by playing good football. The club has bought into the unique style of play that Coach Lowry and his staff have adopted as well as the system and identity of Locomotive. However, it was buying into the ‘We, Not Me’ mentality while bringing in players that understand what it takes on a daily basis to be successful and keeping those players that truly helped lift Locomotive to new heights.

Locomotive players and even the technical staff are reminded of this mentality every day at the training fields. As the team arrives and heads to the locker rooms to prepare for the day’s session, they walk underneath a sign posted over the door that reads “If you’re not willing to put the team first then turn around.”

“That’s outside the front door so everyone who comes in here knows what we are all about,” said Lowry. “We make sure that every guy who is brought onto the team knows this.  We tell them on every phone and Zoom calls you have to be willing to put the team first and if you’re not turn around and keep walking the other way. This will not be a place where you thrive or a place where you’ll enjoy because we are a very tight-knit together group. If you’re not willing to be a part of that or willing to put the group above yourself then you might not enjoy it as much because you’ll feel like you’re on the outside.”

As the Locomotive starts to move into its third year, the team has begun to find those that are wholly committed to the club culture Mark Lowry is building in El Paso. After the announcement of resigning backline veteran Andrew Fox on a two-year contract, eight players from the inaugural 2019 USL Championship season are returning to the Locos blue. The Locomotive Head Coach says that this is no coincidence. 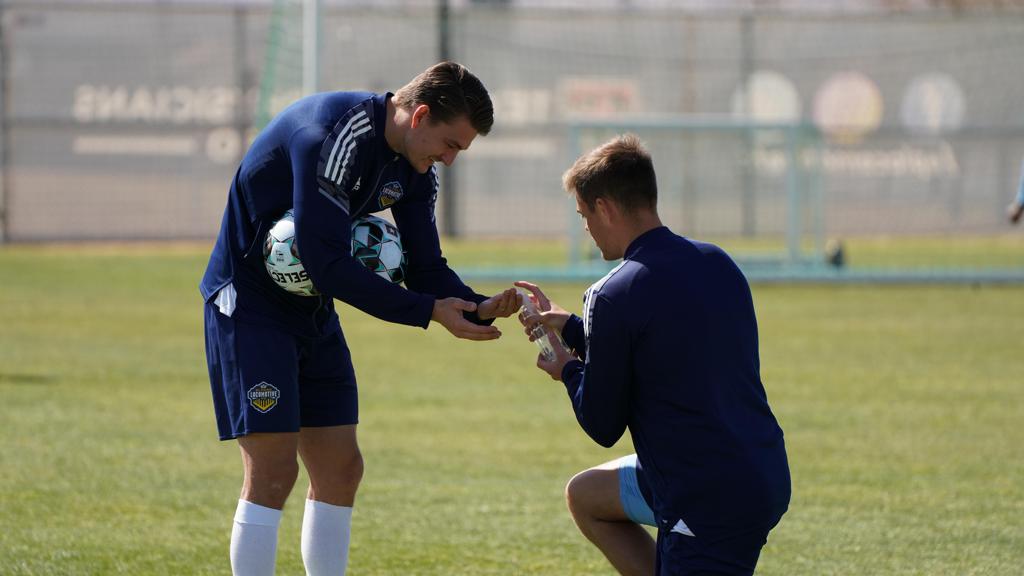 In the months leading up to the third season, Locomotive has so far added four new players. A common theme within each of these signings is Coach Lowry pointing out they have the “team-first mentality.” The ability to fit with the club culture is a trait the technical staff has been actively searching for as the team shifts its recruitment standards a little bit.

“We are now really starting to emphasize that more and put more importance on that,” began Lowry. “We know how we want to play, and we’ve been successful on the field, let’s now go find the right people, even better people to come in and take this culture to the next level whether that’s through the experience, friendships that you’ve built, or the connections you make over time. We need selflessness and putting the team above themselves. If we do that, not only will we have a lot of fun together, enjoy being around each other, love and care for each other, but the wins will also happen. Ultimately, and hopefully, at the end of the season that silverware will be in El Paso.”

Building a team may not always be about finding the best players, but instead finding the right players. Building a team, a community, and a family in the locker room. A team that will celebrate with one another during the highs, and comfort one another during the lows. It’s the latter that Mark Lowry admits are the most beautiful moments, emphasizing the culture behind the club.

“At the time, losing to Phoenix, when Aaron slipped and missed the penalty, there was a lot of pain that ran through everybody,” shared Lowry. “The hurt, the sadness, the disappointment, all those things, but looking back at it, it was such a beautiful moment. It showed to me that we are going in the right direction as a team and culture because all anybody cared about in that moment was Aaron. It wasn’t the fact that we lost the game it was that we have a teammate that’s hurting right now, let’s go to him.”

After the heights that Locomotive achieved in the first two years, Coach Lowry is convicted in his beliefs that the next step in bringing a trophy to El Paso is by building upon the ‘We, Not Me’ culture that is building in the locker room. Locomotive is on the right track to achieve the Western Conference title and strive for the USL Championship title.

“We are going to go in the same direction, keep moving forward,” concluded Mark Lowry. “There are going to be so many beautiful moments over the next 12 months as we continue this journey.”