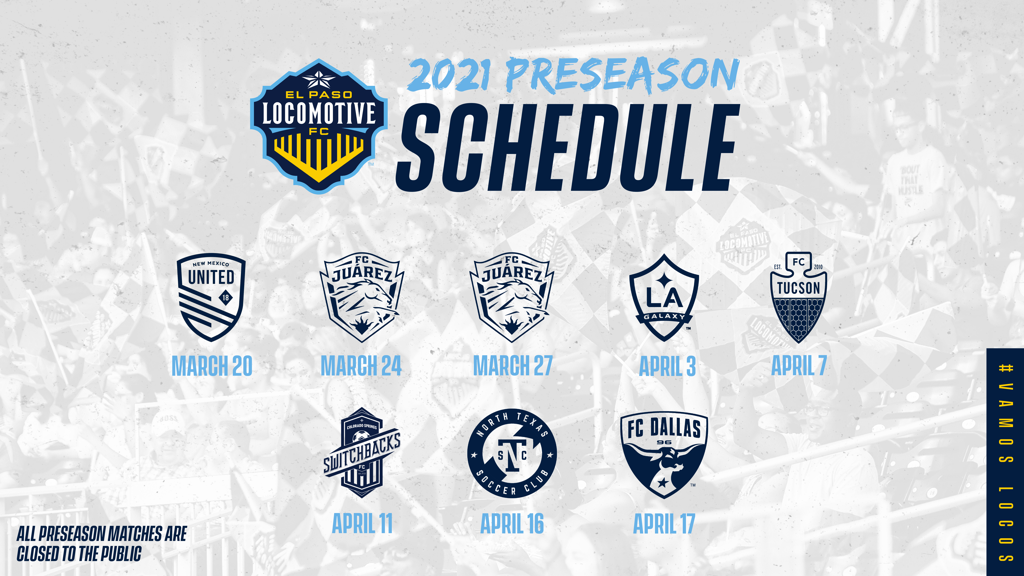 Eight games are slated to fill out the preseason schedule that will help Locomotive prepare for its third campaign in the USL Championship. Head Coach Mark Lowry and his Locomotive squad will get an opportunity to preview the 2021 season against Mountain Division foes New Mexico United and Colorado Springs Switchbacks FC, while testing their might against Major League Soccer founding members LA Galaxy and FC Dallas. The preseason schedule is rounded out with a pair of friendlies against Locomotive sister club FC Juarez of Liga MX and games against USL League One teams North Texas SC and FC Tucson.

The full preseason schedule is listed below:

El Paso Locomotive FC's entire roster is available for the preseason run-up to the 2021 USL Championship season and is listed in order, alphabetically, below:

Locomotive is on track for its third run through the USL Championship in 2021!  Lock in your season ticket membership by visiting eplocomotivefc.com/seasontickets or by calling/texting 915-235-GOAL and enjoy world-class Championship soccer at Southwest University Park!