Getting to Know: Niall Logue 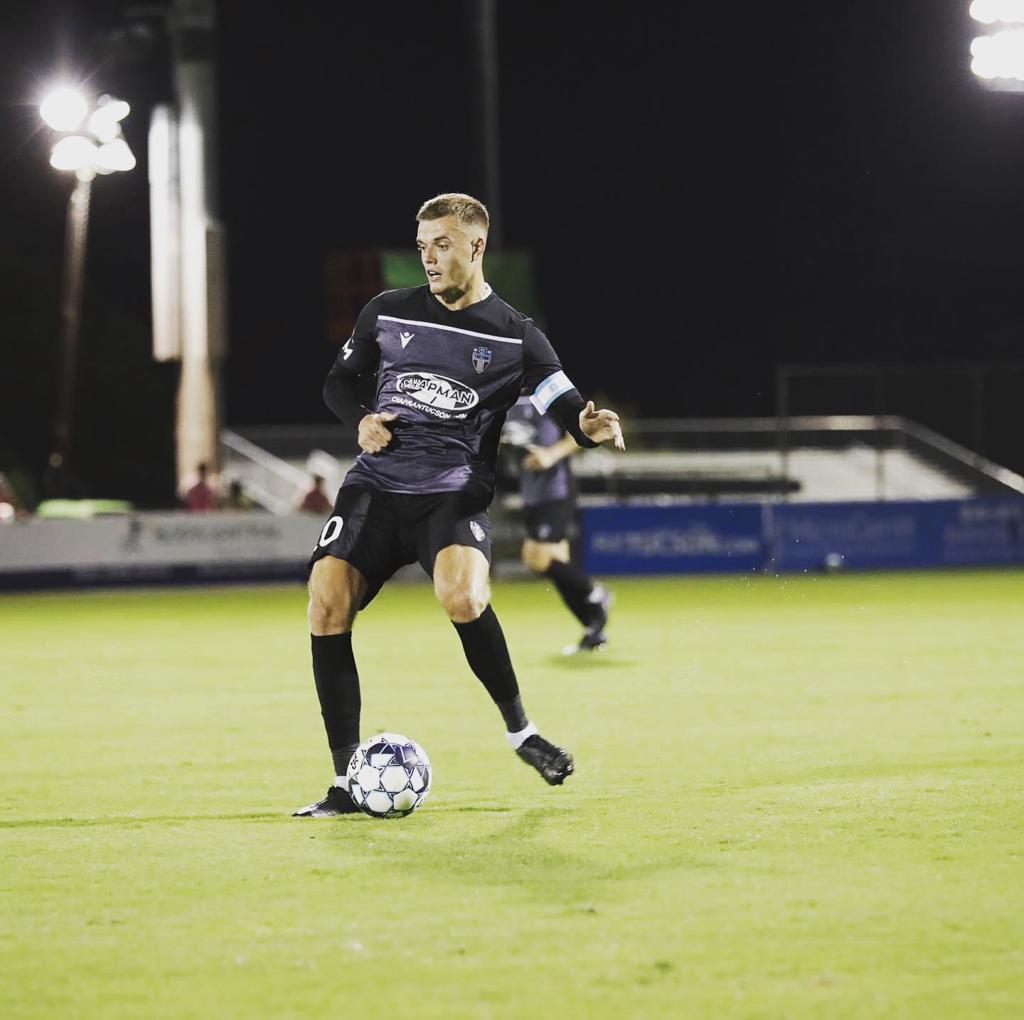 While Locomotive has largely retained its squad of players that found historic success in reaching a second consecutive Western Conference Final, it has brought in a few extra pieces to help lift the club to new heights. The first of those welcomed into the Locos Blue was Irish defender Niall Logue.

Logue made his professional debut with his hometown team of Derry City, after a collegiate career with the Ohio State Buckeyes and Yavapai College Roughriders where he met former Loco Memo Diaz, forming a lasting friendship. Through the friendship, Logue kept an eye on El Paso, following Locomotive in its historic successful two years, paving the way for his eventual signing in December. However, it was more than just the friendly connections to the club that drew his attention to West Texas. El Paso Locomotive boasts a particular element that attracted the Irishman.

“The team has a very ball-oriented style of play which suits me since I like to play that way myself,” shared Logue. “I consider myself a ball-playing center back; I love getting the ball at my feet and dictating play from the back. I’m excited to get in there, get to know the lads, and being in an environment of being part of a team that’s been challenging for everything. It takes a very particular set of players and coaching staff and El Paso has that mentality within the club. It’s rare to have that so early on, but to have that already established is huge for me and is one of the biggest reasons why I wanted to join the club. At the end of the day, that’s the reason why we play football. We want to go on and challenge for titles and take home some silverware. I hope we can achieve that in El Paso.”

El Paso is certainly no stranger to challenging for silverware, having twice made it to the penultimate match of the USL Championship. The obvious next step is to claim the Western Conference title and challenge for the Championship’s ultimate title. Logue’s Irish background has given him the mentality to bleed the colors of the club, fighting with everything he has to offer, something that the center back has promised to do from day one with El Paso Locomotive.

More than just being excited to play at the next level of U.S. Soccer, having had a successful year with USL League One side FC Tucson where he led the league in passes and passing accuracy, Logue shared that he was looking forward to simply being in the city he has heard so much about.

“I’m just excited to get down there,” said Logue. “I’m excited to see the city, see what it has to offer, I’ve heard a lot of good things about it from my wife. She has had members from her brother’s wife’s side that said they love El Paso and really enjoy it. I’m looking forward to getting down, meeting the people, meeting the fans.”

While Logue admitted that football takes up most of his time, he does enjoy his downtime and is looking forward to exploring what the city of El Paso has to offer, particularly the food.

Logue, his wife, and their cat Iris, also recently added to their family, getting a dog named Kota that Logue is looking forward to spending time with on walks through El Paso, saying that since she is an active puppy, most of his downtime will be spent taking care of her as a new hobby.

With the challenge of a five-month-old puppy, a new city, a new team, and a new league, Logue is ready to move up to the next level and compete for the best.

“I’m excited to move to the next level and to have that next level of competition,” said Logue. “You want to play against the best, mark the best, defend against the best strikers, against players that are going to challenge you. I’m going to give everything I have for the badge and the players and everyone involved with the club from the president to the fans.”