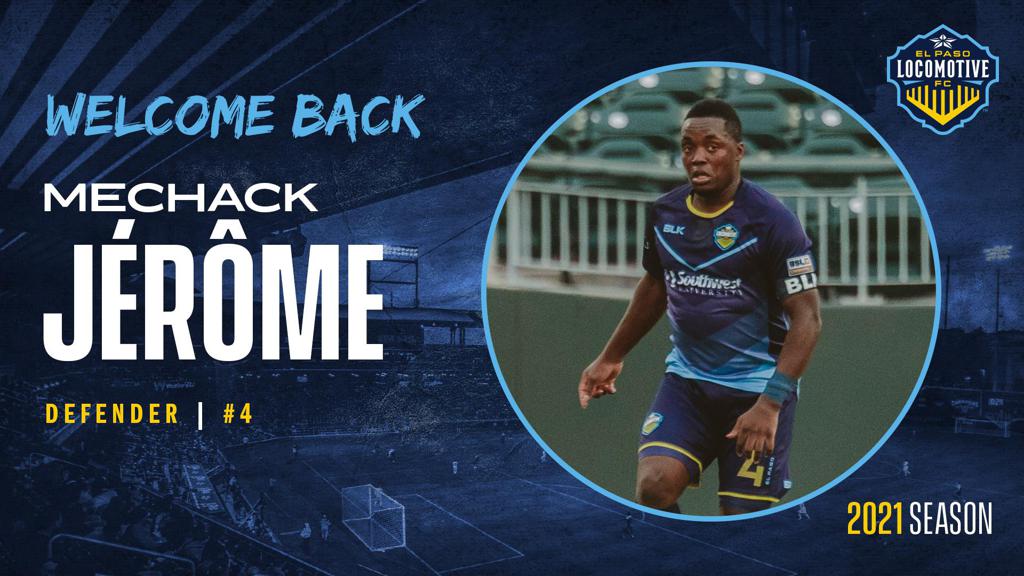 “I am thrilled to have Mechack back with us for another season,” stated Head Coach and Technical Director, Mark Lowry. “It is no secret my admiration for him as a player and how highly we regard him. Last season, he went from strength to strength once we got going and he gives us everything we want in a center back. He is a standout performer on the field but is also equally loved and admired for who he is off the field. He is a selfless player, a person who loves his teammates, and will do anything to bring success to El Paso.”

Jerome, 30, played an integral part through the 2020 abbreviated season, making 14 starts in 15 appearances. Slotting in as part of the staunch rearguard in the center back position, Jerome’s size forced opposing attackers off the ball while making last minutes clearances to help protect goal. The Haitian international built off a successful 2019 USL Championship season where he helped lift Locomotive to stellar heights with a Western Conference Final appearance in the club’s debut year. Prior to joining El Paso, Jerome worked with Lowry at Jacksonville Armada while making 76 appearances with four goals on the Haitian National Team.

El Paso Locomotive FC's roster as it currently stands headed into the 2021 USL Championship season, listed alphabetically by position, is below: