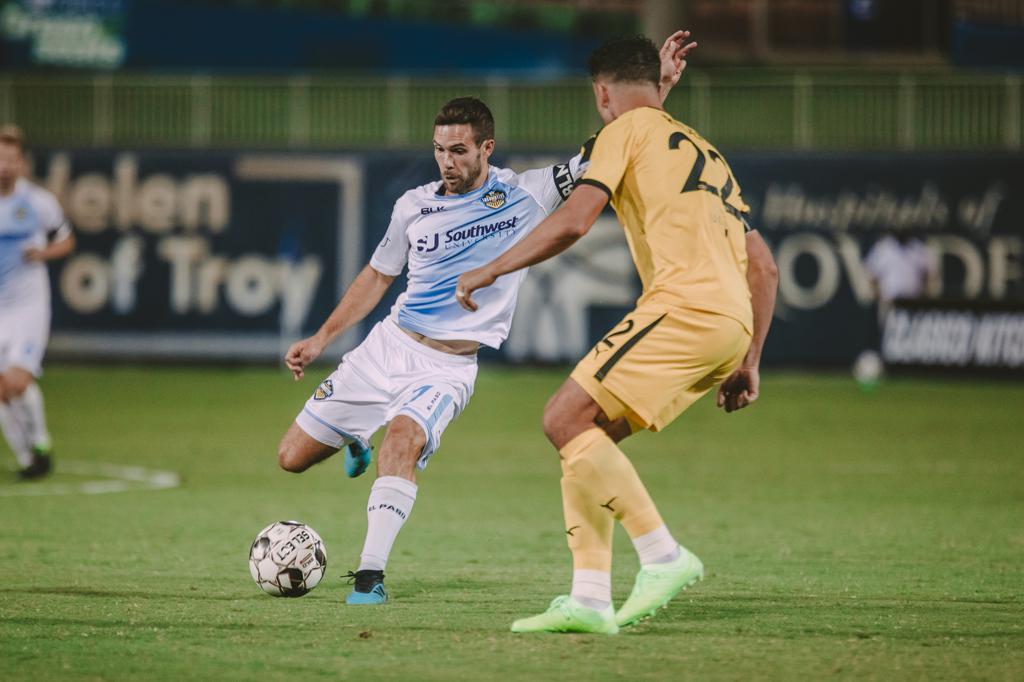 El Paso Locomotive FC continues its track to the trophy, hosting New Mexico United in a Western Conference Semifinal on Saturday, October 17. Kickoff from Southwest University Park is set for 7:30 p.m. MT and will be broadcast live on El Paso – Las Cruces CW and ESPN+.

Over the weekend, Locomotive played a physical Quarterfinal against FC Tulsa to kick off its second campaign through the USL Championship postseason. Leandro Carrijo found his first two goals under the Locomotive banner to help level the scoring against Tulsa 2-2 at the end of 90 minutes, sending the two sides into added extra time. Despite Locomotive holding a man advantage thanks to a Tulsa red card, Locomotive was unable to find a go-ahead goal, resulting in a penalty shootout to determine the winner. After each side sunk their opening shots, FC Tulsa sent their second chance wide and Logan Ketterer came up big to stop the third. It was Saeed Robinson that put away the final goal to book the Locomotive ticket to the semifinals.

Now undefeated in 12-games, Locomotive welcomes New Mexico United back to Southwest University Park for an unprecedented fifth time this year. After four matches, the Southwest Derby stands even with a record of 1-1-2, making the Semifinal contest the crowning finale between the two. Dubbed the Road Warriors, New Mexico has played its 15 regular-season games on the road, earning an impressive record of 8-3-3. That record will now be tested against the home fortress record of 7-1-2 Los Locos has earned.