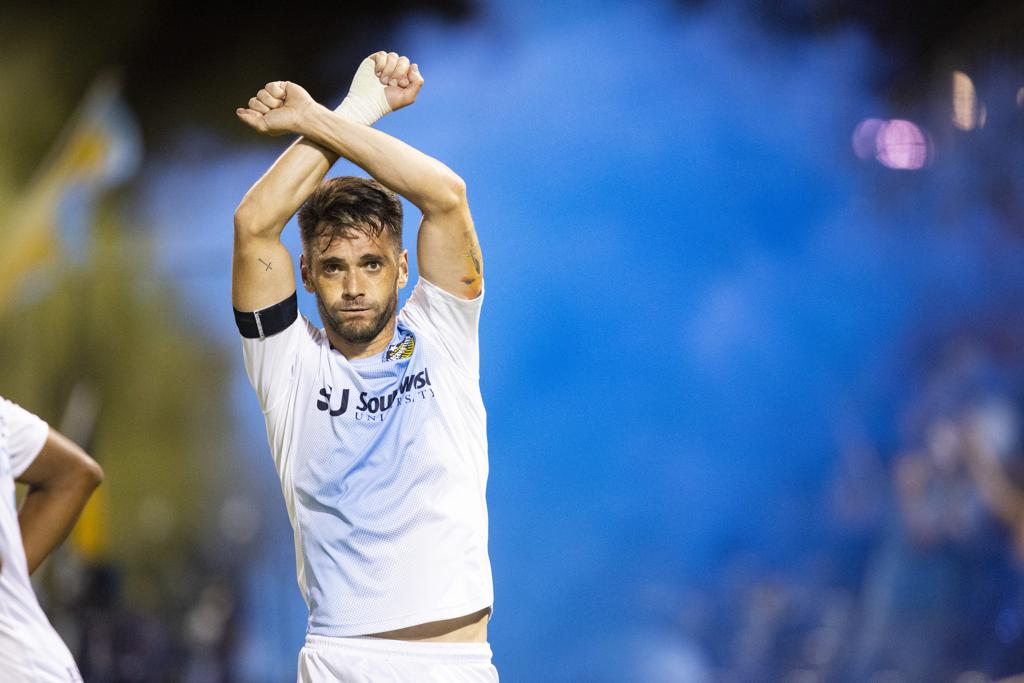 Over the weekend, El Paso Locomotive kicked off its second run through the USL Championship post-season with a thrilling and dramatic win over FC Tulsa to advance to the Western Conference Semifinals. At the front of that attack was former FC Juarez man, Leandro Carrijo.

Since signing from the Locos sister club in July, Carrijo has been adjusting to Head Coach Mark Lowry’s style of play, making three starts across nine appearances before the Western Conference Quarterfinals. During that time, Carrijo hadn’t made too big of an impact on the flow of the game, but all that changed in the first playoff game in the 2020 season. The Bravos club-leading striker recorded his first two goals under the Locomotive banner in the Western Quarterfinal, leading to the team booking its ticket further into the post-season.

In the 19th minute, Carrijo chased a bad back pass on the FC Tulsa backline, slotting home the ball to provide an early Locos lead to open his Locomotive account. The Brazilian striker celebrated the goal with a brace, leveling the scoring in the 82nd minute to ultimately send the two sides into a penalty shootout that Locomotive FC won 4-2.

Leandro Carrijo’s coming into Coach Lowry’s system and making a seismic impact on a crucial game makes him the Locomotive Premier Partners Player to Watch going into Saturday’s semifinal against New Mexico United.

The Western Conference Semifinal against New Mexico United is set for 7:30 p.m. MT, Saturday, October 7 at Southwest University Park. The match will be broadcast live locally on El Paso – Las Cruces CW and nationally on ESPN+ with commentary provided by Duke Keith and Michael Balogun.